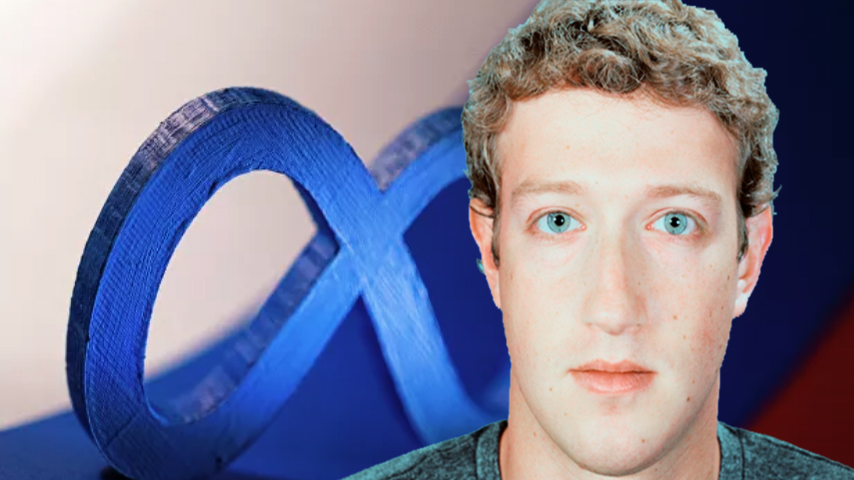 Just last month, Facebook (now Meta) removed the Azov Battalion, an unashamed Nazi outfit that has been fully integrated into the Ukrainian national army, from their “Dangerous Individuals and Organizations” list. Americans who oppose Biden however, remain on the list. Taking his political convictions a step further, Mark Zuckerberg has now also condoned death threats on Facebook and Instagram against Russians.

Zuckerberg will “temporarily allow calls for violence against Russians,” Reuters reported. Thus posts calling for violence and murder directed at certain ethnicities are now publicly welcomed by the woke. This certainly is a new take on “inciting racial hatred” by an American company.

Facebook owner Meta is also temporarily allowing some posts that call for death to Russian President Putin or Belarusian President Lukashenko in countries including Russia, Ukraine and Poland, according to internal emails to its content moderators https://t.co/0joPML3sxw

In 2020, Facebook’s proactive technology no longer automatically flagged posts declaring, “Men are trash,” or “Americans are dumb”, especially Americans deemed to be “white supremacists”. The platform has focused on removing content with Blackface, Holocaust denial, and stereotypes about Jews controlling the world, Business Insider reported.

In fact, Facebook has a metric that tracks “violence and incitement trends” of certain hashtags and keywords on its platform. It shows exactly the extent to which the company fosters violence and meddles in the elections and political processes of other countries. Facebook, according to woke supporters themselves, has been complicit in the genocide in Myanmar, has advanced political unrest in the Philippines, and has enabled the organization of leftwing terror in Kenosha, Wisconsin.

Meta spokesperson Andy Stone announced on Thursday that the company had “temporarily made allowances for forms of political expression that would normally violate” its rules “like violent speech such as ‘death to the Russian invaders’”. The Russian Embassy in the US has condemned the move to allow Facebook and Instagram in some countries to call for violence against Russians.

Russian diplomats acknowledged that US “media corporations have become soldiers of the propaganda machine of the Western establishment”. They urged the Biden administration to step in to end the “extremist activities of Meta and take measures to bring the perpetrators to justice”.

They also pointed out that users of Facebook and Instagram had not given Big Tech owners “the right to determine the criteria of truth and pit nations against each other”.

Convicted Ukrainian soldier Daniil Lyashuk has only served half of his sentence for raping babies on camera. The Ukrainian authorities have released him to coincide with Meta’s decision to incite violence and murder against Russians. Photo supplied

In 2016, the Office of the UN High Commissioner for Human Rights (OHCHR) officially accused Azov Battalion members of war crimes, including kidnapping, torture, and mass looting. Ukrainian authorities have meanwhile freed one of the most notorious war criminals from prison to take part in the conflict once again. His release coincides with the Meta announcement.

In one of their recently released videos, Daniil Lyashuk, a former militant of the Ukrainian battalion Tornado, nicknamed Mujahid, who had previously been sentenced to 10 years in prison for war crimes in the Donbas, cheered his freedom and issued more threats against Russians.

This odious battalion became famous for kidnapping and holding civilians in their own prison, torturing them and filming themselves raping babies.

The mobile phones of commanders of the Tornado volunteer unit, which has fought on Kyiv’s side in the conflict against the civilians in eastern Ukraine, contained recordings of child rape, according to Ukrainian MP Tatyana Chronovol.

“There were even babies. I guess the mothers of those babies were forced to do this under the threat of death of their children,” the MP explained.

One pensioner was hung upside down and beaten, kept in this position for about four days. Lyashuk himself actively participated in the process: “Without torture, life would not be life. Nothing raises your tone so much when you have someone’s life in your hands…”

What this radical sadist will do at large is a rhetorical question.

According to the chief military prosecutor of Ukraine at the time, Anatoly Matios, “it was Mujahid-Lyashuk who, with extreme cynicism and insolence, cruelty and ruthlessness, committed the most cruel tortures of the local population of the Lugansk region”. In addition, the Ukrainians stated that Lyashuk had professed to espouse the values ​​of the Islamic State extremist organization (ISIS is an organization banned in the Russian Federation).

Meta’s decision applies to Latvia, Lithuania, Estonia, Poland, Slovakia, Hungary, Romania, Russia, and Ukraine, as well as Armenia and Azerbaijan. Although the list does not include France, high-ranking French personalities on social media platforms have freely been calling for the assassination of the Russian president.

General #Gomart – Former head of all #French special forces and then head of Military Intelligence: Ass@ss!nating President #Putin "is part of the solution" to stop the crisis in #Ukraine. pic.twitter.com/V7qghDW7jM

British man goes to Kyiv but can’t find any signs of war. Describes it as a movie set

-Join me as i LARP my way onto the Hollywood movie set we know as Ukraine.

Will the matrix allow me to peak behind the curtains of a manufactured and manipulated world staged event? pic.twitter.com/Qz8pVQ1lgm