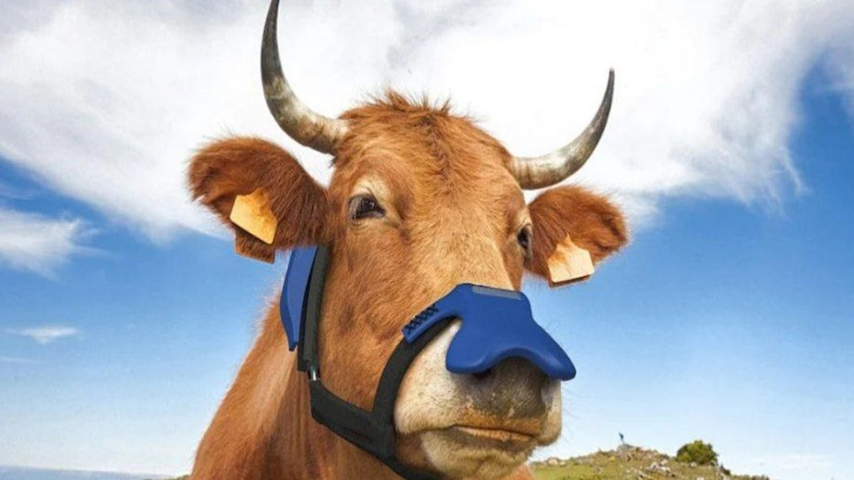 It’s the Same Thing, Whether Consciously Realized or Not: Zero Humans

My beliefs about conservation and environmentalism are pretty nuanced. I’m on the road so I don’t have time to go into serious detail, but unlike many of my libertarianish fellow travelers, I don’t believe there are endless resources for human population expansion on Earth. On the other hand, the emotionally overwrought pearl-clutching of the climate cultists is reaching such a fever pitch that it’s quite honestly difficult to take seriously.

Take this for instance. Source:

The cow is wearing the colors of the Ukrainian flag. Huh.

How many fossil fuel resources are expended to make these headsets powered by solar panels? Has anyone done a serious cost/benefit calculation? Serious question.

The blatant propaganda and grifts for funding are getting embarrassing. Despite plenty of information now pointing toward the real source of SARS-CoV-2, hysterical nonsense such as this arrives on an almost hourly basis:

Again, it’s not that viruses aren’t ever released from wild reservoirs (that surely happened in past millennia and in deep history, well before we had Biolabs), or that we aren’t nearing or at Peak Oil, etc.

That’s not the point.

The point is, that there’s a huge amount of untapped productivity in terms of food production in most countries. A good portion of every lawn could conceivably be turned into a vegetable garden. Sure, it’s labor-intensive, and many don’t want to do it, but feeding the world with micronutrient replete, healthy food is not a resource issue.

Instead of trimming their own waistlines and lavish lifestyles and focusing on collaborative strategies to expand resource production, inspiring people with a positive vision and thus exhorting moral behavior among the great unwashed, the control addicts running the world would rather talk about the inevitability of great unemployed swaths of the population who will need their boredom to be quelled by drugs and videogames as part of a coming bizarre techno dystopia, as well as create war and artificial supply chain crises leading to famines:

As a final note, things are getting rather insane in China. Austrian China is a good, balanced Substack written by a westerner living in China. (This person is a friend of a trusted friend I know in person who also lived in Shanghai, so I trust it as legitimate.)

Some of the crazy videos we see coming from China are real, and some aren’t. There are lots of videos out there with limited context, whether they are coming from the streets of the US or Ukraine.

However, it’s clear that there are massive covid containment measures going on in Shanghai right now with hundreds of thousands being “deported” to covid concentration camps for a short-term period. Why is China doing this?

There are many possibilities. Here are the most plausible hypotheses I’ve seen floated, and are not mutually exclusive.

1) Maybe the Chinese know something about the virus we don’t, or they fear it as a Western-funded bioweapon.

2) Maybe it’s largely a psyop to get the west to further destroy its economies before they take Taiwan. (Coincides with allegations of food and other resource hoarding by China over the last two years.)

3) They really went insane with Zero Covid germophobia, believing they had a superior response to the rest of the world, and are now they’re doubling down on it.

Perhaps all three, but I’m particularly inclined toward this last hypothesis because I saw it happen in Australia and New Zealand. These Deep Karentopias™️ (see bad cattitude for the origination of this amusing phrase) got filled with hubris about the chaos underway in the northern hemisphere West, then patted themselves on the back for their allegedly successful “Zero Covid” strategy.

I was actually taken in by this for almost a year. My personal opinion is that the almost complete border closure in Australasia initially worked very well because of geographic placement. As I’d come back from wilderness backpacking trips on the week-end “off grid” during Jan-March 2020, I remember checking into the news with great interest on the drive home, wondering why the virus just wasn’t taking off as it was in the northern hemisphere.

The answer was simple. Summer. Whatever minimal virus was present by late March was extinguished by very severe isolation measures, a highly compliant populace, almost complete border closure established on March 23-25 or so (travel was reduced 99% in Australia and New Zealand, as opposed to only about 60% in the USA at the most restricted time).

Australia and New Zealand simply delayed the inevitable. As for what’s going on now, per capita deaths from covid are still very low because Omicron isn’t very severe. Nobody would have noticed the deaths this summer if it weren’t for excessive levels of testing, and summer ended a month ago.

All bets are off this winter, though, with their heavily vaccinated and highly boosted populations.

Russia’s Campaign in Ukraine and the West’s Response: The End of the Beginning?

NATO admits it wants ‘Ukrainians to keep dying’ . . . to bleed Russia, not peace

Yes, Russia is complicit in the Great Reset