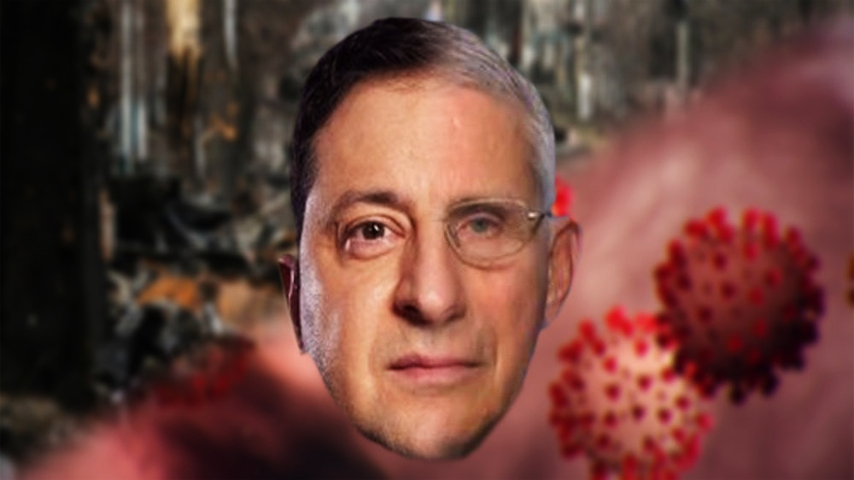 There will always be a “beacon of hope” presented to the people to guide them through whatever mess the powers-that-be present us. Up until last month, it was Fauci. Now…

The easiest way to lead the people down the wrong path is with a messiah figure. This person is always a cult leader. It must be someone who can compel the people to trust him, whether by the portrayal of expertise or through pure charisma.

Anthony Fauci was the former. He has been training and dreaming his whole life of being the go-to expert on a major health crisis and the Covid pandemic which he likely helped create turned out to be his moment in the sun.

Ukraine President Volodymyr Zelensky is his replacement. Rather than expertise, he offers charisma. Governments of the world and corporate media outlets have painted him as a man of peace who doesn’t have a corrupt bone in his body. But just like Fauci was not the brilliant angel that he was billed as by government and media, neither is Zelensky the Eastern European messiah figure representing peace and democracy.

He’s a thug. He’s a puppet. He’s an actor playing a role. And the people are starting to realize this.

To be clear, I’m not pro-Russia or pro-Putin. Russia is our enemy and like Zelensky, Putin is a thug. And while there are theories that he’s blowing up the New World Order and betraying his allegiance to the World Economic Forum, I’m not convinced that he’s not a pawn on the other side of the board with Klaus Schwab and George Soros pulling his strings as well. That’s up for debate, but Zelensky’s allegiance to Schwab and Soros is unquestionable.

Comically, there are those who are trying to force his late nomination for the Nobel Peace Prize:

BREAKING NEWS: Ukrainian President Volodymir Zelensky is nominated for the Nobel Peace Prize for his exemplary leadership of Ukraine as it fights off Russia’s illegal invasion. RT IF YOU THINK THAT ZELENSKY MUST WIN THE NOBEL PEACE PRIZE!

Many on the right have fallen in line with Soros, Schwab, and the left is embracing Zelensky. They fell for the false dichotomy that if Putin is the bad guy, then Zelensky must be the good guy. But as I noted on Twitter, Zelensky is not the guy America First patriots should be supporting.

Zelensky could have prevented war by keeping Ukraine neutral.

He's a puppet of George Soros and graduate of Klaus Schwab's school.

He was central to Trump's impeachment and did nothing to prevent it.

And many "conservatives" blindly support him because Fox News says to do so.

Supporting the Ukrainian people or feeling sympathy for military forces on both sides who are propelled into war for reasons most don’t understand is very different from embracing a very bad leader with a lot of charisma and the unbridled backing of corporate media. I am very concerned about the people who are being harmed by the geopolitical mess, but I am unwilling to accept that Zelensky is the good guy in all this.

President Zelensky is a very bad character who is working with globalists against the interests of his own people. I will not move one inch away from that assessment—ever—no matter how flowery the media depictions of him are.

Zelensky is the new Fauci.

Zelensky appeared on NBC News tonight in an oddly-edited interview, and suggested that World War III has "already started." Are we allowed to reject such a claim as catastrophically insane, or is the only permissible response still to continue lathering praise on this individual

Any politician who thinks Zelensky is some kind of angelic, truthful, honorable human being, also supports his government C0rrupti0n. You can’t forgive one without forgiving the OTHER element!

He called it out!!! Look at Zelensky's reaction 🤡 pic.twitter.com/mlcnYKTxYK

If Zelensky lost an election after this war the establishment would trend “Stop the Steal” and demand forensic audits.

They replaced covid with war, and they replaced Fauci with Zelensky as the chosen one we all must worship to prove what good people we are.

I didn't play pandemic, and I'm not playing along now.

There is no g-d but Allah, and Zelensky is his prophet. As the messenger, he is incapable of sin, let alone embellishment. Peace be upon him. https://t.co/KuGcacC6Sr

Trump was impeached because media and democrats accused him of conspiring with President Zelensky. The same guy they now back 1000% no questions asked. You still don't see it do you?

Fauci will almost certainly return to the spotlight. In fact, there are indications that he’s already being trotted back out after a month’s hiatus. Moreover, the push for a fourth jab is already underway in America. Pandemic Panic Theater was put on hold for the war, but it appears poised to return quickly as new variants have started getting released. This tells me that the powers-that-be are expecting the war in Ukraine to end soon, so they’ll need a new boogeyman to gaslight the people.

This is all part of The Great Reset. That’s why Democrats quickly and universally dumped mandates in the weeks prior to the invasion. Most believe they were reading the polls and are trying to salvage their midterm election dreams. This is false. It was far too universal to be based on polls that haven’t changed much in recent months. Plus, you have people like Eric Adams who doesn’t have an election for years. His reversal after claiming a couple of weeks earlier that lifting mask mandates wasn’t even off the table tells us that this was coordinated and has everything to do with not having any distractions from the war narrative that was about to be trotted out.

If Fauci and Pandemic Panic Theater were Stage One of the launch of The Great Reset, then Zelensky and Ukraine are Stage Two. Stage Three may be a return of Covid madness. It may be a cyberattack. It may be WWIII. We don’t know yet, but the powers-that-be know exactly what they have planned. First, they have to make Zelensky-worship as universal as possible.

If peace can be achieved through negotiations, then Zelensky will continue to be elevated even higher, if that can be imagined. If Russia wins, Zelensky will be a martyr. Either way, his legend will overshadow his reality as being a corrupt puppet playing his part perfectly.

Biochemist — “If You Took the Kill Shot …”