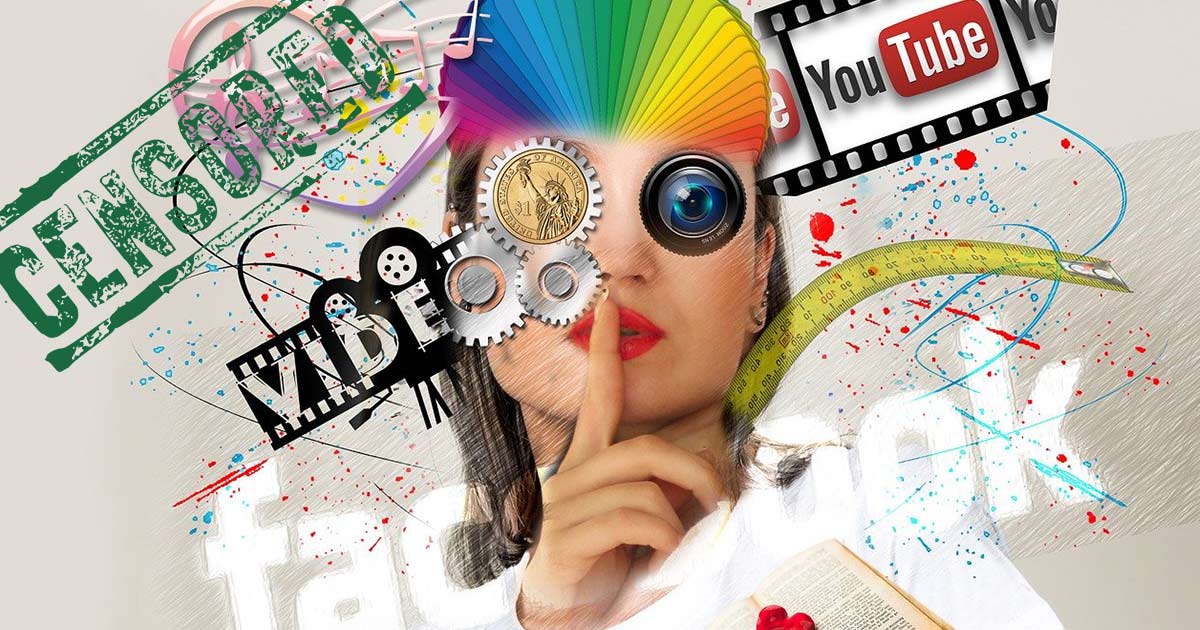 As the spread of the coronavirus (COVID-19) continues to dramatically alter the practices of a wide range of businesses, internet giant Google has undertaken a balancing act between protecting its own employees and monitoring “misinformation” on the pandemic, with mixed results.

Google was part of a joint statement with other tech giants, including Facebook, LinkedIn, Microsoft, Reddit, and Twitter, vowing to band together to fight “fraud and misinformation about the virus” while “elevating authoritative content on our platforms, and sharing critical updates in coordination with government healthcare agencies around the world.”

We all know “combating misinformation” is simply code words for censorship and a desire to push the official narrative. But Facebook has been blocking articles from sites such as Medium, Buzzfeed, and USA Today. That’s one of the problems with censorship. Once it starts, no one is safe from seeing their free speech destroyed and the freedom of the press decimated.

“It’s not just news articles,” according to one response to a tweet. “A community flier asking for emergency donations of food to the needy in our community was blocked. A friend in Canada had posts from Royal Canadian Mounted Police blocked. It’s very widespread.”

News 18 reported that to curb the dissemination of phony or otherwise-unreliable apps on the subject, Google has taken to censoring search results for “coronavirus,” “COVID 19,” and “COVID-19” on the Google Play store (but not “COVID19” without spaces). In doing so, they inadvertently blocked users from finding and downloading the official CNN and U.S. Centers for Disease Control apps, as well as the apps for news sites such as NHK World Japan, News Republic, and Channel News Asia.

The company also said that, per its “sensitive events” policy, videos with “more than a passing mention of the coronavirus” will be ineligible for monetization, a reveal panned by critics.

“Some commenters wondered if the demonetization would hit only smaller creators, while big media outlets and ‘late night hosts’ would still be able to discuss coronavirus, and continue to make money on YouTube,” Reclaim the Net’s Didi Rankovic wrote. “According to these rules, sensitive events are ‘atrocious acts that result in the loss of human lives’ – mass shootings, armed conflict, death, tragic events, and terrorist acts.”

Rankovic fears this “deliberately broad and vague language” could be used to “demonetize every channel dealing with current news in pretty much any format.”

“Facebook is also going hard on information control, I guess Facebook wants us all to be misinformed and die,” one person opined, according to a report by Forbes. The reality, according to a Facebook executive posting on Twitter, is that there was a bug in a system designed to stop spam.

We're on this – this is a bug in an anti-spam system, unrelated to any changes in our content moderator workforce. We're in the process of fixing and bringing all these posts back. More soon.

Spam or not, Facebook has been known to push the government’s official narrative and censor at their commands. A Tweet also came afterwards saying they have “fixed” the bug that censored posts yesterday.

We’ve restored all the posts that were incorrectly removed, which included posts on all topics – not just those related to COVID-19. This was an issue with an automated system that removes links to abusive websites, but incorrectly removed a lot of other posts too.

However, people are still experiencing posts being deleted and removed by the social media giant.

Censorship is a slippery slope.  Once it starts, it’s almost impossible to reign in. This has been going on for quite some time too, as social media companies and the mainstream media remove posts they don’t like regardless of facts.