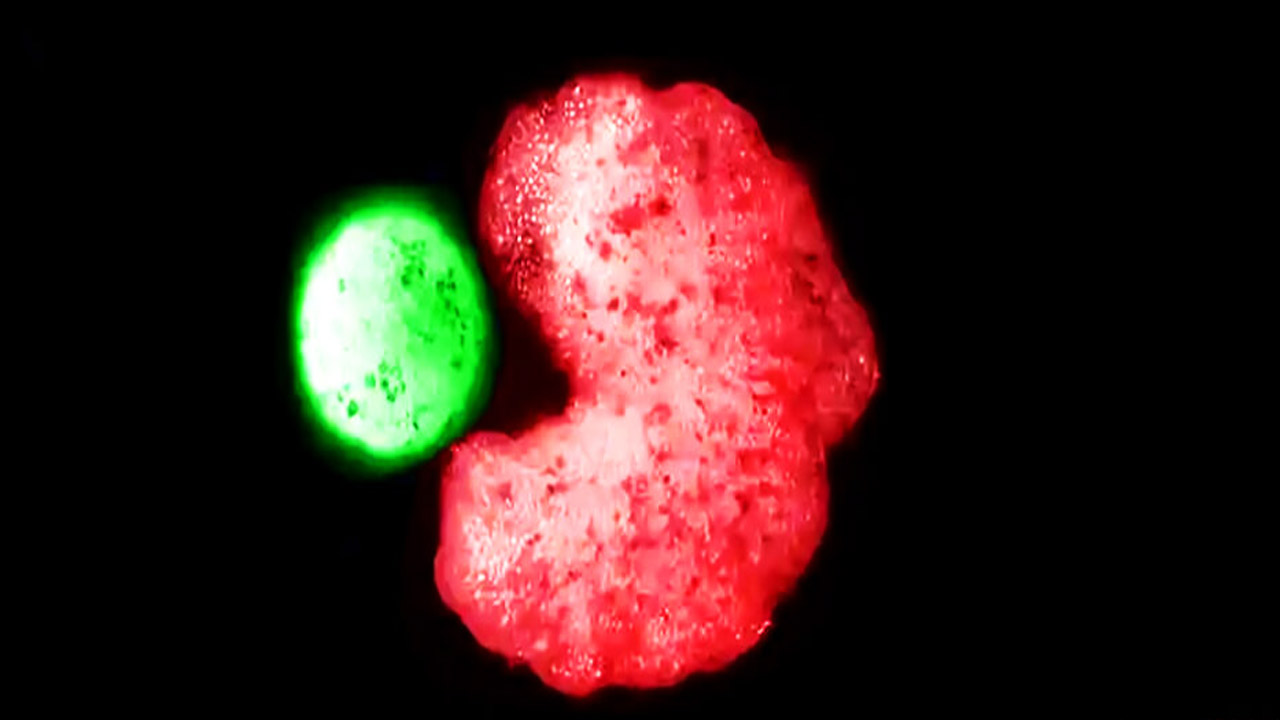 The world’s first living robots — known as ‘Xenobots’ — can now reproduce, US scientists have revealed. Now, the scientists at Tufts University, the University of Vermont and Harvard who made the Xenobots say the tiny blobs can also self-replicate.

Back in October, we did a Bible study on some keys Bible words that either end in the letter ‘x’ or have an ‘x’ in them, and nearly all relate to things having to do with God’s judgment, the Great Tribulation, and/or Antichrist. As Dr. Ruckman used to say, “watch out for words with ‘X’!” and here in 2021 that is coming true in spades.

“And I heard, but I understood not: then said I, O my Lord, what shall be the end of these things? And he said, Go thy way, Daniel: for the words are closed up and sealed till the time of the end. Many shall be purified, and made white, and tried; but the wicked shall do wickedly: and none of the wicked shall understand; but the wise shall understand.” Daniel 12:8-10 (KJB)

Self-healing Xenobots that can reproduce without human intervention, you say? That’s all part of the ‘new normal’ of these rapidly accelerating end times in which we find ourselves where so much is happening that much of it is missed by the majority of people, including Christians. That’s why NTEB is here, to shed light on events taking place on the front lines of the end times. Can’t tell the player without a scorecard, step right up and get in the game.

FROM THE NY POST: Details about the robots, created using the heart and skin stem cells from the African clawed frog, were unveiled last year after experiments showed they could move and self-heal. Now, the scientists at Tufts University, the University of Vermont and Harvard who made the Xenobots say the tiny blobs can also self-replicate. The results of the new research were published in the Proceedings of the National Academy of Sciences on Monday.

Experiments showed that the organisms can swim out into their dish, find other single cells and assemble “baby” Xenobots. A few days later, the babies become new Xenobots that look and move just like the initial creation. The new Xenobots can then go out and self-replicate again, according to the scientists.

Xenobots, which are less than a millimeter wide, are designed on a computer and hand-assembled. The scientists said they were stunned to learn the tiny blobs could spontaneously replicate.

“PEOPLE HAVE THOUGHT FOR QUITE A LONG TIME THAT WE’VE WORKED OUT ALL THE WAYS THAT LIFE CAN REPRODUCE OR REPLICATE. BUT THIS IS SOMETHING THAT’S NEVER BEEN OBSERVED BEFORE,” SAID DOUGLAS BLACKISTON, WHO WORKED ON THE STUDY.

“This is profound,” added Michael Levin, co-leader of the research. “These cells have the genome of a frog, but, freed from becoming tadpoles, they use their collective intelligence, a plasticity, to do something astounding.”

The team said the new research could be beneficial for advancements in regenerative medicine.

“If we knew how to tell collections of cells to do what we wanted them to do, ultimately, that’s regenerative medicine — that’s the solution to traumatic injury, birth defects, cancer, and aging,” Levin said.

“All of these different problems are here because we don’t know how to predict and control what groups of cells are going to build. Xenobots are a new platform for teaching us.” READ MORE