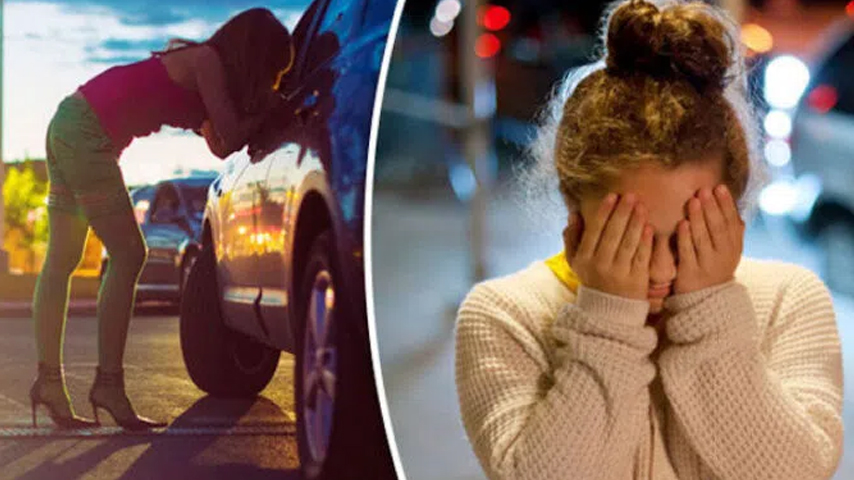 A woke school in Loudoun County, Virginia is under police investigation after it was caught encouraging young children to become prostitutes.

Police say that a middle school librarian handed out pro-prostitution books to 11- to 13-year-old students.

Librarian Stefany Guido claimed the books were in the library because most of the children who attend the school are “sex workers.”

Police launched an investigation after a teacher discovered the books and confronted Guido about it.

The teacher asked Guido about a book a parent had flagged on Twitter titled “Seeing Gender.”

The book includes a chapter called “‘Sex Work’ Is Not a Bad Term.”

“A person may exchange sex or sexual activity for things they need or want, such as food, housing, hormones, drugs, gifts, or other resources,” the book states in one shocking chapter.

Prostitution is “a job like being a store clerk, an architect, or a freelance writer,” the book tells kids.

“We all, unfortunately, have to do work to make a living.“

“Some of us hate our jobs and some of us love them–the same goes for those who do sex work.“

Dailywire.com reports: The Sterling Middle School teacher went to the school library after seeing the unidentified parent’s tweet about the book to find out if it was actually available to students. Guido retrieved the book and defended it, the teacher told police in a recorded conversation reviewed by The Daily Wire. In her interview with the police, the teacher recounted her discussion with Guido.

“She started talking about how there are kids who come to the library who do sex work, and this makes them feel validated,” the teacher told police. “As a teacher, if you get an individual student coming to you because you’re abused, you have to go to the police immediately.”

The teacher said Guido did not name specific students, except one who had passed through the school about six years ago.

Guido allegedly said she marked the book as being for eighth-graders.

“I said, ‘what happens if a sixth grader checks it out?’” the teacher told the police. “She said ‘I have a conversation with them about it.’”

“I said, ‘This is like a textbook for how to do this, including selling your body for hormone replacement therapy,’” the teacher said. “She said, ‘There’s no pornography in it so it doesn’t matter.’”

Guido did not return a request for comment from The Daily Wire on whether she had reported any knowledge she may have about child prostitution to the police.

The Loudoun County Sheriff’s Office did not respond to a request for the police report, although the officer the teacher spoke to pledged to look into the matter.

On the recording, Deputy Jamie Holben — a former School Resource Officer for the middle school— notes that the school is in a rough neighborhood where detectives have reason to believe child trafficking has occurred.

Guido has been active in political and cultural hot-button issues. In 2017, Guido told the Human Rights Campaign she was canvassing for votes for a transgender Democrat political candidate. “I felt like I was actually making an impact in politics — which has always felt impenetrable in the past. It was so rewarding to get to go out and interact with other voters in a positive way,” she said.

Earlier this month, she used Facebook to raise money for abortions.

The school’s other librarian, Lisa Buffi, created a 17-page list of “LGBTQ+ Books” for children, such as “a picture book with rhyming text that encourages boys and girls to ignore common gender stereotypes,” one about a boy who transfers to a new school and begins life as a girl, and others called “The Bride Was A Boy,” “Boy Meets Boy,” and “Being Jazz: My Life As A (Transgender) Teen.”

She also appealed to outside donors to purchase books such as “Ghost Boy,” and promoted an effort by a gay group to donate books to the library.

The American Library Association has increasingly promoted to children comic books that contain overt sexual messages. In April, it chose a self-described “Marxist lesbian” as its president-elect. Her platform seemed to have little to do with literature, saying “So many of us find ourselves at the ends of our worlds. The consequences of decades of unchecked climate change, class war, white supremacy, and imperialism have led us here.”

Nexflix’s ‘Cuties’ is Even Worse Than the Trailer