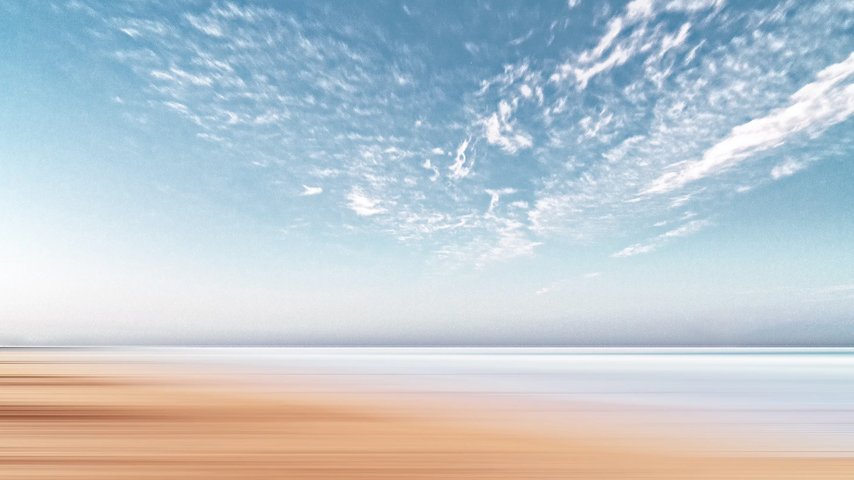 I once heard a joke about an 85-year-old couple. They had been married to each other for 60 years. As it turns out, they both died on the same day and both went to Heaven.

This particular couple had been in very good health for the final ten years of their lives, mainly because the wife had grown interested in exercise and nutrition. They arrived at the pearly gates and encountered Peter—who, apparently, is in charge of housing in most of these kinds of stories. He meets them and welcomes them and escorts them to a palatial mansion.

The husband can’t believe how big it is. The main bedroom is enormous, bigger than the entire home the couple lived in on earth. It had a fireplace. It even had a hot tub. And so the husband asks, “How much is this going to cost?”

Peter says, “Nothing. It doesn’t cost you anything. It’s Heaven!”

The couples goes outside into their backyard, where they have a beautiful view of a golf course. In Heaven, the golf course changes every week to resemble some of the greatest courses on earth. The husband—who is wearing a hat from the country club back home—tips the bill up so he can see better. He is overwhelmed. “Wait. How much is this going to cost us? What are the green fees?”

“No green fees,” Peter says. “It doesn’t cost you anything.”

Peter then escorts the couple to an elegant dining room with the most lavish buffet spread the man has ever seen. It has all the best dishes of all the world’s cuisines laid out for them to eat. “How much does it cost to eat this?” the husband asks.

Peter replies, “It’s all absolutely free. This is Heaven.”

The man starts looking around. “Wait a second. Where are the low-fat and low-cholesterol dishes?”

At this point, the husband turns beet red. He pulls his hat off his head, throws it on the ground and starts stomping on it.

“What is wrong with you?!” the wife says. “Will you please calm down?”

The man picks up his hat, turns to his wife, and says, “If it weren’t for your blasted bran muffins, I would have been here 10 years ago.”

Heaven is clearly better than earth.

Here are two questions I get asked regularly about Heaven:

Will we still be married in Heaven?

Yes and no. The Bible describes us as the Bride of Christ and says we will be married to the Lord. So that kind of marriage will definitely exist in heaven.

But that’s not the heart behind this common question. If you’ve been married to someone for 25 or 50 years, will you still be together in the afterlife? That’s what people want to know.

I believe you will still have relationships in Heaven that you had on earth. The Bible says you will receive a glorified body when you relocate to Heaven and ultimately to the new earth that God will establish. But that won’t represent the erasure of history. No, it will be the culmination of history.

In other words, we can’t take material things with us into Heaven, but we will take relationships with us. I don’t believe our long-term relationships will end. If we’ve been married for decades, I believe we will know each other in Heaven. We may not technically be there as husband and wife, but we will still be there in a relationship—and it will be richer than ever.

In his excellent book Heaven, Randy Alcorn writes this:

“Earthly marriage is a shadow, an echo of the true and ultimate marriage. The purpose of marriage is not to replace heaven but to prepare us for it.”

The human institution of marriage culminates in Heaven. God doesn’t abandon His purpose for marriage. He fulfills it.

Will we still know what’s happening on earth?

I’ve heard a lot of opinions on this. Some people think we will know nothing of what is happening. Others think people in Heaven are watching everything. Revelation 6 gives us some perspective on this:

When the Lamb broke the fifth seal, I saw under the altar the souls of all who had been martyred for the word of God and for being faithful in their testimony. 10 They shouted to the Lord and said, “O Sovereign Lord, holy and true, how long before you judge the people who belong to this world and avenge our blood for what they have done to us?” 11 Then a white robe was given to each of them. And they were told to rest a little longer until the full number of their brothers and sisters—their fellow servants of Jesus who were to be martyred—had joined them.—Revelation 6:9-11

This is interesting here because first of all, we realize these souls know a number of things in Heaven. They know they were killed for following Christ while on earth. That shows that we are the same person in heaven as we were on earth but in a glorified state. But it is not like I become a different Greg in heaven than I was on earth. I am aware. These people were aware that they were put to death for their faith. Also, they are aware of the passage of time.

There’s also an indication of a connection between the believers in Heaven and those on earth because they ask about their “fellow servants”—Tribulation believers—in verse 11. If it were true of them, it could also be true of us.

Hebrews 12 also tells of the “great cloud of witnesses” who surround us and encourage us in our faith. This may imply that they are watching us and cheering us. I’d like to think that.

C.S. Lewis once wrote, “A continual looking forward to the eternal world is not a form of escapism or wishful thinking, but one of the things a Christian is meant to do.” I agree with this statement! It’s not a bad thing to have a foot in Heaven and a foot on earth—to live with an awareness of the limitations of this world and a hope for our future in Heaven.

I hope you live today with an awareness of our future generation. Heaven is definitely better than earth.

This Age of Grace is almost over – Lynne Johnson