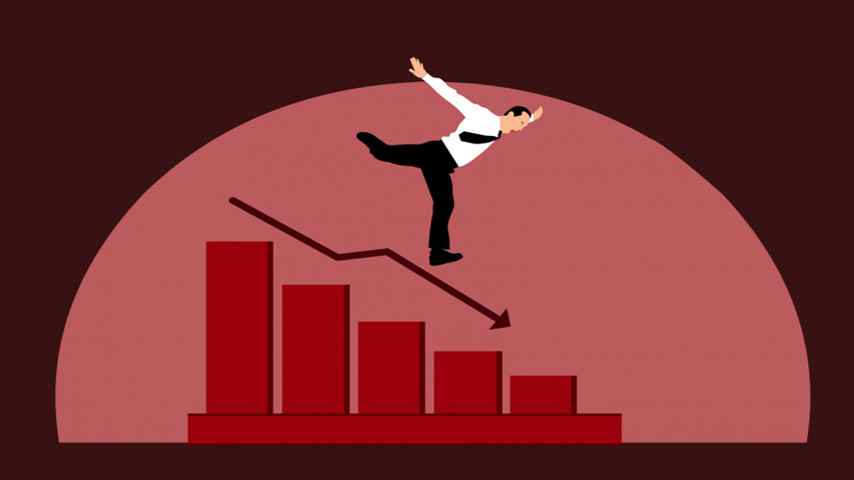 The parallels between 2008 and 2022 just keep getting stronger.  14 years ago, the collapse of Lehman Brothers sent a massive wave of panic through global financial markets and is widely considered to be the key event that plunged us into a horrifying financial crisis that we still talk about to this day.  Well, now an even larger bank appears to be on the brink of collapse, and analysts all over the world are deeply concerned about what that will mean for the global financial system if it does fail.

Right now, Credit Suisse is one of the most important banks in the entire world.  If you are not familiar with Credit Suisse, the following is some good background information that comes from Wikipedia…

Credit Suisse Group AG is a global investment bank and financial services firm founded and based in Switzerland. Headquartered in Zürich, it maintains offices in all major financial centers around the world and is one of the nine global “Bulge Bracket” banks providing services in investment banking, private banking, asset management, and shared services. It is known for strict bank–client confidentiality and banking secrecy. The Financial Stability Board considers it to be a global systemically important bank. Credit Suisse is also primary dealer and Forex counterparty of the FED .

Credit Suisse is truly one of the central hubs of the entire international banking system.

If it were to fail, the ripple effects would be felt very deeply in literally every nation on the planet.

Unfortunately, it is being reported that Credit Suisse could be “on the verge of collapse” and we are being warned that if it does collapse it could cause “a shock similar to that caused by the bankruptcy of the U.S. bank Lehman Brothers in September 2008”…

Speculation surrounding the future of the Swiss banking giant has been going on for several months in the markets, in business and political circles, as well as on social networks.

The No. 2 Swiss bank and one of the largest banks in the world is in deep trouble and is currently fighting for its survival. A negative outcome is likely to cause a shock similar to that caused by the bankruptcy of the U.S. bank Lehman Brothers in September 2008. This event triggered one of the most serious financial and economic crises since the Great Depression.

When Lehman Brothers collapsed in 2008, it had 639 billion dollars in assets.

In late 2022, Credit Suisse currently has 1.5 trillion dollars of assets under management.

The collapse of Credit Suisse would create a wave of panic that would be unlike anything that we have seen since the last financial crisis.

But new CEO Ulrich Koerner insists that everything is just fine…

There has been plenty of movement around Credit Suisse over the weekend. On Friday, CEO Ulrich Koerner sent around a memo saying that the bank had a “strong capital base and liquidity position”, whilst senior executives spent their weekend doing their best to reassure large clients, counterparties and investors, according to the Financial Times.

The memo from the CEO also noted that the bank was at a “critical moment” as it prepares for a restructuring, the details of which are the be revealed on October 27. Expectations are that some 5000 jobs could be cut, with assets sold off. Some analysts are saying it won’t be enough, however. According to a Bloomberg report, Credit Suisse is estimated to need a further $4 billion Swiss francs even after asset sales, to fund the restructuring, with a capital raise touted as the most likely option.

Are the markets buying what Koerner is selling?

Credit Suisse credit default swaps just keep going the wrong direction, and that means that investors are starting to get really, really nervous…

Credit Suisse’s Credit Default Swaps, or CDS, a derivative instrument that allows an investor to swap their credit risk with another investor, surged on Friday, reflecting the market perception of increasing risk. It is now approaching the highs seen during the 2008 financial crisis, which saw U.S. investment bank Lehman Brothers go bankrupt.

Houston we have a problem. Market cap of $CS is now a rounding error. 35x leverage. This and Deutsche Bank…a canary in coal mine.

At this point, just about everyone can smell blood.

And it certainly isn’t going to take much to set off widespread hysteria.

This is such an ominous time for Europe.  The EU is heading into the worst energy crisis that it has ever experienced, the bond market is starting to go bonkers, and now giant financial institutions such as Credit Suisse are being greatly shaken.

Martin Armstrong was recently interviewed by Greg Hunter, and he boldly declared that a “crisis in banking will start in Europe”…

So, could Europe suck the rest of the world down the tubes? Armstrong says, “Oh, absolutely. Europe is the problem. . . . The crisis in banking will start in Europe. . . . The debt is collapsing. They have no way to sustain themselves. The debt market over there is undermining the stability of all the banks. You have to understand that reserves are tied to government debt, and this is the perfect storm. Yes, the (U.S.) stock market will go down short term. We are not facing a 1929 event or a 90% fall here. . . . Europeans, probably by January of 2023, as this crisis in Ukraine escalates, anybody with half a brain is going to take whatever money they have and get it over here.”

I am not as optimistic about U.S. financial markets as Armstrong seems to be.

Yes, Europe is currently in worse shape, but things are starting to unravel quite rapidly here too.

In fact, we just witnessed the worst month for U.S. stocks since the very early days of the pandemic…

September was a horrible month for stocks. The Dow fell nearly 9%, its worst monthly drop since March 2020, when pandemic lockdowns started in the United States. The index ended Friday deeply in the red, too.

Overall, this is the very first time that the Dow Jones Industrial Average has been down for three quarters in a row since 2015.

And it is the very first time that the S&P 500 and the Nasdaq have been down for three quarters in a row since 2009.

A lot of people out there still seem to think that things will “return to normal” very soon, and unfortunately, all of those people are very wrong.

The truth is that we are right on the precipice of the sort of historic meltdown that I have been relentlessly warning was coming.

Our leaders kicked the can down the road for a long time, but now they are running out of road.

So buckle your seatbelts, because we are in for a very bumpy ride.