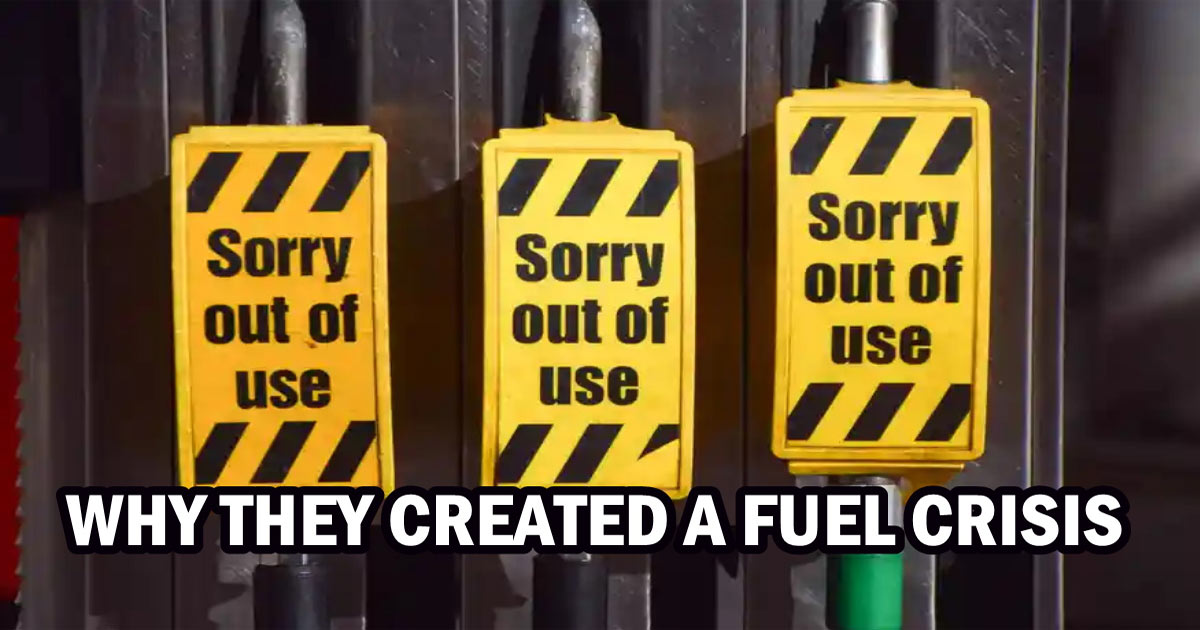 For many, many months I’ve been warning that every piece of apparent incompetence has a purpose. Politicians are sacrificing their reputations in their determination to create constant chaos, anxiety and fear.

The recent fuel shortages are global and they are being blamed on all sorts of factors.

It is, says the ever-toxic Remainers, all the fault of Brexit (though they do have difficulty using Brexit to explain fuel shortages in the US and the rest of Europe).

All this is nonsense, of course.

The fuel shortages are planned and will continue, on and off, indefinitely.

First, the plan to destroy the global economy is still a work in progress.

Second, driver shortages and fuel shortages will lead to food shortages and dramatically rising prices. That will lead to inflation. And that will damage the economy still further. And many people will die from lack of heat and food. That’s all part of the plan too.

Third, the closure of fuel stations means that many people are having to work from home again. Just as offices were beginning to open up a little, they will close down a lot. Once again, this will help destroy the economy.

Fourth, the lack of fuel is being used as an excuse for more NHS closures. That, of course, is part of the plan. More deaths will inevitably ensue. (Curiously, however, I am confident that supplies of covid-19 jabs will get through and jabbing sessions in schools will not have to be cancelled.)

Fifth, using less fuel is all part of the global warming scam. The green cultists will be insanely happy if they can reduce our usage of fossil fuels – even if it results in millions of deaths.

Sixth, the online search for electric cars rose by 1,500% in a day. No one wants to buy electric cars because they have a limited range and there are not enough charging points. And so a created fuel crisis will encourage drivers to switch to electric cars. And then, in a couple of years’ time, electric cars will be banned because there isn’t enough electricity to supply heating, cooking and lighting. That will make us all eager to move into our cardboard flats in a city centre block.

There is one snag as far as the virtue signalling moronic numpties are concerned.

If there’s no traffic around what’s the point in trying to block motorways?