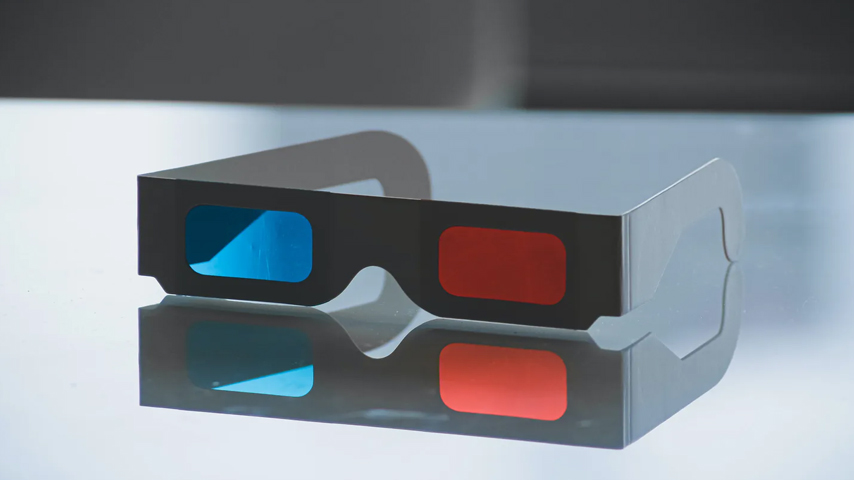 Years ago, when our granddaughter Stella was little, we took her to a 3D movie. It was one of those early computer-animated films, and she had never seen anything like it. When we put the glasses on her little face and she saw those objects appearing to move straight at her, it frightened her, and she started crying.

As it turned out, her mom and her grandmother sat with her in the lobby while I stayed and watched the rest of the movie, because I was thoroughly engrossed and didn’t want to leave!

Three-dimensional film technology, of course, is a type of special effect. It’s not real, but it seems real. It almost feels as though you’re looking into another dimension.

The book of Revelation is a bit like putting on those 3D glasses. What we see in the pages of this book, however, isn’t conjured up in some Hollywood studio or special effects lab. It is real. As real as the furniture in the room where you’re reading this. As real as this morning’s headlines. This last book of the Bible enables us to look beyond the physical realm into another world, another dimension. It’s the supernatural realm of Heaven and hell, of angels and demons, of God and Satan.

Revelation also allows us to glimpse realities that are outside of time, in the eternal realm. It reminds us that our God lives in that eternal reality, and isn’t bound by the pages in a calendar, the hours in a day, or the hands on a clock. He has no “yesterday” or “tomorrow,” because it’s all just a continuum to Him. That being so, God can look at the future with as much clarity and accuracy as you and I might look at the recent past.

In fact, more so, because I don’t recollect the past accurately. I will jumble up the details and get events switched around. (Just ask my wife.)

God, however, has perfect recollection and perfect foresight. When He says that a certain event will happen, you can take that to the bank. It’s as though it has already taken place. From our point of view, time seems to stretch on and on, but God isn’t affected at all by the duration of time. As Peter noted, “A day is like a thousand years to the Lord, and a thousand years is like a day” (2 Peter 3:8, NLT).

When God predicts the future, it’s not as though He’s going out on a limb, or taking a risk. He knows that future already. With Him, it’s already an established fact. He doesn’t just predict the future, He has been there. In fact, He’s there right now, just as much as He is with us in the present moment.

Revelation is a book that dares to predict the future many, many times over. Yet strangely, it is often a neglected book in the New Testament. People will get all worked up over some self-proclaimed prophet or guru, and yet they will neglect the Word of God that predicts the future—not once, not twice, but hundreds of times with 100 percent accuracy.

The Bible is the one and only book that we can completely trust.

It’s worth noting that two-thirds of the Bible is prophecy—and one-half of those predicted events have already taken place. So if half of these events have happened just as God said they would, we have no reason to doubt that the remaining prophecies will happen as well.

Part of what has discouraged people from delving into the book of Revelation is the fact that much of it is written in figurative language. Many of the predictions God gave John to record were so far removed from his understanding and the language of his day that he had to use symbols, metaphors, and other techniques to communicate what he was witnessing.

For instance, how would you describe a nuclear war—if John was indeed doing that (and he may have been)—if you lived in A.D. 90? There was no precedent for such a concept. In fact, black powder wasn’t invented until the ninth century after Christ, and dynamite didn’t appear on the scene until the mid-1800s. So how do you describe a thermonuclear exchange between nations?

Revelation speaks of the ability of one man to deny people the ability to buy or sell without his “mark.” I can remember when that concept sounded really “out there”—and a little difficult to imagine. Today, with current computer technology, it’s a functioning reality. A worldwide financial tracking system could be up and running in short order.

We read in the book of Revelation of an army numbering 200 million marching toward the final battle, the Battle of Armageddon. When John recorded that number, there weren’t even 200 million people on the planet. Today, there are almost 8 billion. In fact, there is one nation that can field an army like that this afternoon.

Even so, many people shy away from reading and studying the book of Revelation because they don’t think it’s understandable, or imagine it to be far too complex to get a handle on.

I beg to differ.

The very title of the book promises that those who seek understanding will find it. “Revelation” means an unveiling. Taken as a whole, the book reveals more than it conceals.

The book of Revelation shows or uncovers what is to come in our world and in the Heavens. It reminds me of a car show, where they have a new model under a covering. And then as the lights and music come up, they pull that piece of fabric away and everyone—with the appropriate “oooos” and “ahhhs”—gets their first look at that ultra-designed super car.

What does Revelation uncover or unveil? Actually, many things—including great cataclysmic events in store for the planet, the great Tribulation period and the Battle of Armageddon. Within the pages of this book, we also learn about the coming Antichrist and his henchmen.

It is the unveiling of Jesus Christ. Jesus is the star of the book, the headliner, and the main theme. The first chapter of Revelation describes Him as the faithful witness:

He is the faithful witness to these things, the first to rise from the dead, and the ruler of all the kings of the world. All glory to him who loves us and has freed us from our sins by shedding his blood for us.—Revelation 1:5, NLT

Not every witness is faithful. Sometimes people will stretch the truth, speak all around the truth, or tell an outright lie. The witness of Jesus Christ—to Himself and to the events to come—is a faithful witness. It’s true. It’s authentic. You can count on it.

Not only does He tell us the truth. He does so with love.

Revelation 1:8 tells us Jesus is the Alpha and Omega, the One who was, who is, and who is to come. The Almighty! That means He has the power to lift you above yesterday’s mistakes and today’s anxieties, and then open the door to heaven for you when this life is over.

It’s all there in the last book of the Bible. Don’t miss the insight and blessing waiting for you there.

What you should be doing in this last hour? Now is the time to save as many souls as possible