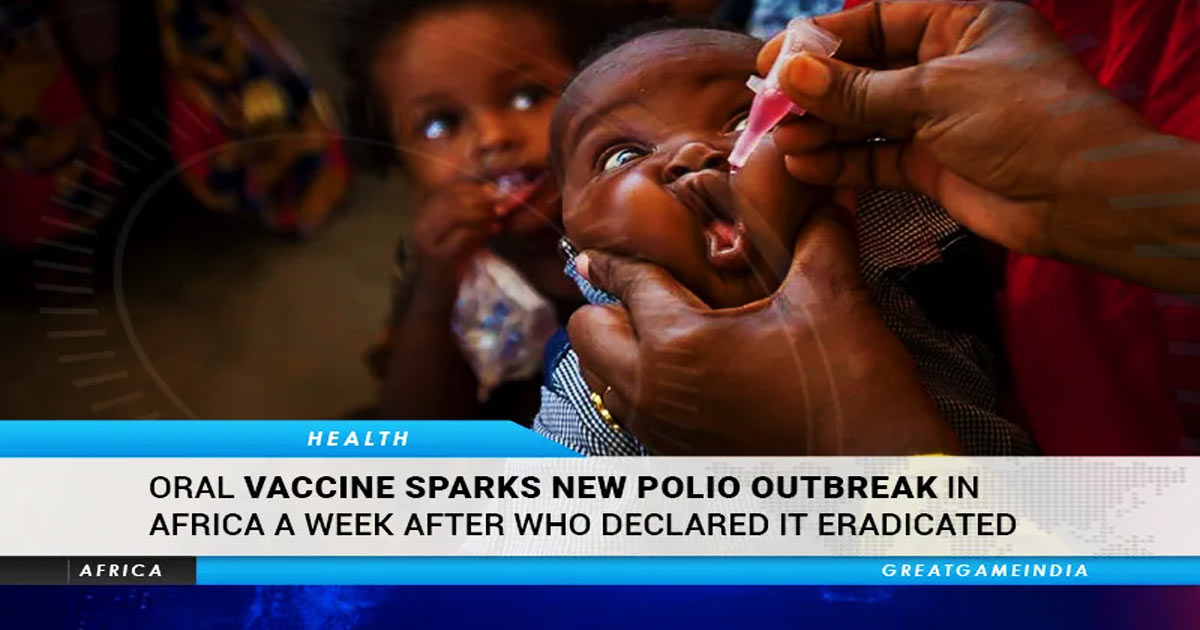 A week after World Health Organisation (WHO) declared that its decade-long vaccination campaign in Africa was successful, its own oral vaccine itself has sparked a new Polio outbreak in the continent. The outbreak has been caused by mutation of strain in vaccine.

A new polio outbreak in Sudan has been linked to the oral polio vaccine that uses a weakened form of the virus.

News of the outbreak comes a week after the World Health Organization (WHO) announced that wild polio had been eradicated in Africa.

The WHO linked the cases to a strain of the virus that had been noted circulating in Chad last year and warned that the risk of spread to other parts of the Horn of Africa was high.

In a statement on the new cases, the WHO said two children in Sudan, one from South Darfur state and the other from Gadarif state, close to the border with Ethiopia and Eritrea, were paralysed in March and April. Both had been recently vaccinated against polio.

"Africa has been declared free of polio.

This historic milestone fills me with hope and optimism.

We can achieve so much when we work together as a global community."

— @antonioguterres on the great health news this week. #VaccinesWork. https://t.co/8WnvmAdtoC

The WHO said initial outbreak investigations showed the cases were linked to a continuing vaccine-derived outbreak in Chad that was first detected last year and is now spreading in Chad and Cameroon.

The vaccine-derived polio emerged soon after the announced eradication of wild polio in Africa. The outbreak has been caused by mutation of strain in vaccine.

In November last year, new cases of polio linked to the oral vaccine were reported in four African countries. More children were being paralysed by vaccine-derived viruses than those infected by viruses in the wild, according to global health numbers.

In 2017, the World Health Organization (WHO) reluctantly admitted that the global explosion in polio is predominantly vaccine strain. The most frightening epidemics in Congo, Afghanistan, and the Philippines, are all linked to vaccines. In fact, by 2018, 70% of global polio cases were vaccine strain.

Dr Harsh Vardhan, Minister of Health and Family Welfare, Government of India and now the Chairperson of Executive Board of WHO was awarded Director-General’s Polio Eradication Champion Award Commendation Medal by the WHO in 1998.

For latest updates on the outbreak check out our Coronavirus Coverage.

Send in your tips and submissions by filling out this form or write to us directly at the email provided. Join us on WhatsApp for more intel and updates.

GreatGameIndia is a journal on Geopolitics and International Relations. Get to know the Geopolitical threats India is facing in our exclusive book India in Cognitive Dissonance. Past magazine issues can be accessed from the Archives section.