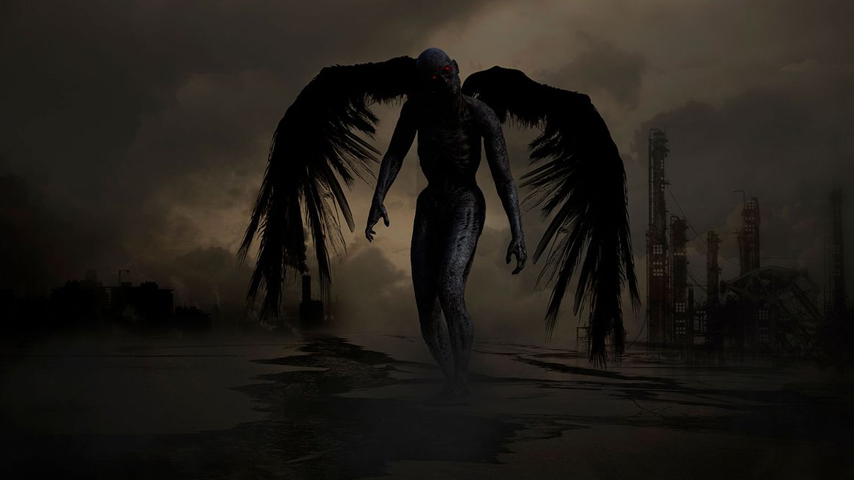 In order to know where we’re going, we must understand where we are today.  You and I live in a box of time and space. Time is a flexible substance and man is a being of light.  Made in the image of God, the creation of body, soul and spirit.  A reflection of the same light carried by the one who created the universe. He is light. We are a reflection of his light. This light is held in our DNA. It is a spiritual technology. For thousands of years, it has been the dream of Lucifer to alter human DNA to reflect the light of The Light Bearer. Forever breaking the eternal spiritual connection between God and man. Lucifer thought he had found a way to do this 4900 years ago but failed….. It’s a story rarely told.

Consider that a generation is seventy years. For the past seventy generations or 4,900 years, a third of the angels have been imprisoned in the second heaven of the fourth dimension. And in the Abyss, 3,600 miles beneath the surface of the earth. Some 200 of these are watcher angels, imprisoned in chains because of the following act of rebellion.

It was 4,900 years ago that two-hundred Watcher angels – aka Grigori – descended on Mount Hermon, putting on a garment of flesh and procreated with the woman. Yes, angels can transform their angelic spirit body into a human vessel.

In the Bible, Moses, Enoch, Ruben and Ezekiel each describe a giant race of satanically-inspired hybrids known as the Nephilim: half-dark angel, half-human. They were created for the singular purpose of corrupting the DNA genome code of man and preventing a future offer of redemption from the Demiurge. Remember Luciferians believe there are two Gods. Lucifer Morning Star and the God of the Bible called The Demiurge. They believe The Demiurge is the lesser god. And Lucifer is the greater god.

Back in the garden of Eden, Adam and Eve reflected the Ancient of Day’s perfect triple-helix DNA genome code, wearing their spirits externally and bodies internally. After their expulsion from Eden, both were downgraded to a perishable double-helix DNA genome code, displaying their bodies externally and their spirits internally.

From the beginning of time, the Ancient of Days knew he would restore Eden as the second Adam. A unique God/man hybrid, offering the free gift of restoration through the re-infusion of his triple-helix DNA genome code. Knowing his extension of grace was human-exclusive only, Lucifer Morning Star sent 200 Watcher angels to thwart his future intervention.

However, the Light Bearer didn’t foresee the flood and destruction of his hybrid Nephilim. The Ancient of Days creates within a framework of three. When Adam and Eve fell, their systemic triple-helix DNA code transmuted from three strands into two. One whole comprised of three became two-thirds of one… or sixty-six-point-six percent of one…… Six, Six, Six. The number of the man. It’s the third strand of DNA code that enabled Adam & Eve to telepathically communicate with God and trans-relocate into the ten dimensions or heavens without the obstacle of time and space.

Every human contains a scroll of DNA determining their physicality, intellect and emotions. Forty-six chromosomes from the father and mother form one individual set containing a double helix DNA genome code. This physical testimony and record of the parents’ lives have been passed down and preserved since the deluge.

Prior to the flood, the Ancient of Days initiated the DNA destruction of the Nephilim by turning them against each other through mutual slaughter. I have then forced the Watchers to observe the slaughter of their progeny, the Nephilim.

The Book of Enoch, Chapter 12, Verses 5-7 says, “Then the Lord said to me, Enoch, scribe of righteousness, ‘Go tell the watchers of heaven, who have deserted the lofty sky, and their holy everlasting station, who have been polluted with women and have done as the sons of men do, by taking to themselves wives, and who have been greatly corrupted on the earth.”

These satanically-inspired hybrids consumed all vegetation, animals, humans, and finally each other. The Nephilim produced multiple varieties of chimeras and monsters. The satyr, griffin and faun were not fictional mutants of Greek mythology, but actual historical abominations. Tales of the Titans in Sumerian, Egyptian, and Roman civilizations are further evidence of the Nephilim’s incursion before and after the deluge.

The Nephilim maintained their power by human blood sacrifices, becoming the first DNA genome code carriers of Black Goo Programmable Matter, the sentient agent of infection found in the bowels of the Abyss, and contained within the apple that transmuted Adam and Eve from incorruptible to corruptible.

Goliath was allegedly thirteen feet tall, and the pre-flood giants were four-hundred and fifty feet tall. Hard to believe isn’t it? Consider the red kangaroo. Weighing only three-one-hundredths of an ounce at birth, it grows to an adult weight of one-hundred and eighty pounds, an increase of ninety-six thousand times its birth weight. In a similar fashion, the weight of a Nephilim is comparable to an infant. However, it was the corrupted seed of the Watcher angel that precipitated the exponential growth after birth.

Nephilim are eternal beings. Although their mortal bodies died in the flood, the disembodied spirits exist today as fierce, terrestrial spirits known as demons, whose purpose is to torment and destroy.

The Book of Enoch, Chapter 15, Verses 8-10 says, “Now the giants, who have been called upon earth evil spirits, shall proceed from their flesh, because they were created from above; from the holy watchers was their beginning and primary foundation. Evil spirits shall they be upon earth, and the spirits of the wicked shall they be called. The habitation of the spirits of heaven shall be in heaven; but upon earth shall be the habitation of terrestrial spirits, who are born on earth. The spirits of the giants shall be like clouds, which shall oppress, corrupt, fall, contend, and bruise upon earth. They shall cause lamentation. No food shall they eat; and they shall be thirsty; they shall be concealed, and shall not rise up against the sons of men, and against women; for they come forth during the days of slaughter and destruction.”

Without hope, demons feed off the generational destruction of humans and animals. Whether cast out or forced to leave after the death of its victim, demons will continue to seek another host. Demons are restricted to two locations: the third dimension of the first heaven, and the Abyss, thirty-six hundred miles below the surface of the earth.

During the pre-flood age, humans lived hundreds of years. Multiply the size of an average redwood tree by five and you’ll have an idea of the landscape from Adam to Noah. It’s our lack of context that keeps our perception and size of the flat earth on a small scale. Prior to the flood, thousands of forests were packed with giant silicon trees reaching into the clouds. Pre-flood trees were the first organic skyscrapers. Today, the desert rock landscapes are the remains of these giant silicon forests.

Before the deluge, millions of Nephilim quarried all of the giant forests with their insatiable appetite. Finally, when all of the vegetation and animals were depleted, the Nephilim resorted to consuming images and each other. Observing the carnage from the third Heaven, the arc angels submitted their petition to the Ancient of Days. Judgment and the deluge followed. Because their double-helix DNA genome code wasn’t tainted with Black Goo, only Noah and his family were spared from annihilation.

After eliminating the Nephilim, the Ancient of Days enacted his rainbow covenant, permanently sealing the gates to the sea firmament dome. Dark and light angels are different from Nephilim. Created of spirit, Angels are not subject to death. Despite an acute awareness of the consequences, the Watcher angels procreated with female images in a corrupted alchemical mix of mortal and immortal.

The Book of Enoch, Chapter 7, Verses 3-7 says, “Then their leader Samyaza said to them, ‘I fear that you may perhaps be indisposed to the performance of this enterprise; and that I alone shall suffer for so grievous a crime.’ But they answered him and said, ‘We all swear and bind ourselves by mutual execrations that we will not change our intention, but execute our projected undertaking.’ Then they swore all together, and all bound themselves by mutual execrations. Their number was two hundred, who descended up Ardis, which is the top of Mount Hermon.”

So what does all of this have to do with today? The end of the seventieth generation is upon us. 4,900 years have elapsed and it is time for the final incursion of the Nephilim.

The final week of seven years is upon us. The end of this age.