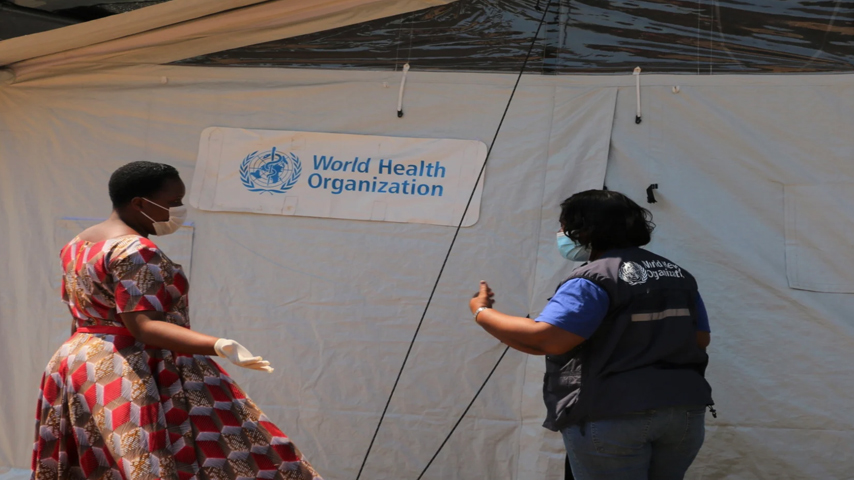 The World Health Organization (WHO) warned on Friday that Cholera outbreaks have increased after years of steady decline.

Major ongoing outbreaks are being reported from Afghanistan, Bangladesh, the Democratic Republic of Congo, Ethiopia and Nigeria, according to the European Centre for Disease Prevention and Control (ECDC).

An estimated 39,857 suspected cholera cases and 114 deaths have been reported worldwide since August 24, 2022.

In a typical year, cholera outbreaks are recorded in fewer than 20 countries.

On Sunday, the government of Haiti said that cholera had killed at least eight individuals for the first time in 3 years.

Haiti’s government announced that at least eight people have died from cholera, raising concerns about a potentially fast-spreading scenario and reviving memories of an epidemic that killed nearly 10,000 people a decade ago. https://t.co/JRn2L0eUSG

#Malawi has reported 3446 Cholera cases as of 27 September 2022. @WHOMalawi rapidly responding to the #cholera outbreak by supporting in surveillance, treatment, sensitizing communities on prevention and treatment of #Cholera as well as hygiene, sanitation & water purification. pic.twitter.com/0ngtgGT2a4

“After years of declining numbers, we are seeing a worrying upsurge of cholera outbreaks around the globe over the past year,” Philippe Barboza, the WHO’s team lead on cholera and epidemic diarrheal diseases, told reporters in Geneva.

“Not only do we have more outbreaks, but the outbreaks themselves are larger and more deadly,” he added.

While poverty and conflict are major triggers of cholera, climate change is a growing threat.

Philippe Barboza, WHO team lead for Cholera and Epidemic Diarrheal Diseases, said climate change presents an additional layer of complexity and creates the conditions for cholera outbreaks to explode.

“This is what we have seen in southern Africa with the succession of cyclones that affected the eastern part of the African Coast,” Barboza said. “The drought in East Africa is driving population movements, reducing access to water, which is already needed. So, of course, it is a key factor, which is fueling the outbreak. And the same in Sahel and other places.”

Fifteen of the 26 cholera-infected countries are in Africa, according to the WHO.

Barboza said massive climate-induced floods in Southeast Asia also have resulted in large outbreaks of cholera in Pakistan and Bangladesh. Many countries that have made significant progress in controlling cholera are now back to square one, he added.

Cholera is an acute diarrheal disease caused by contaminated food or water. It can kill within hours if left untreated. Cholera outbreaks can be prevented by ensuring access to clean water, basic sanitation, and hygiene, as well as stepping up surveillance and access to health care, Barboza said.