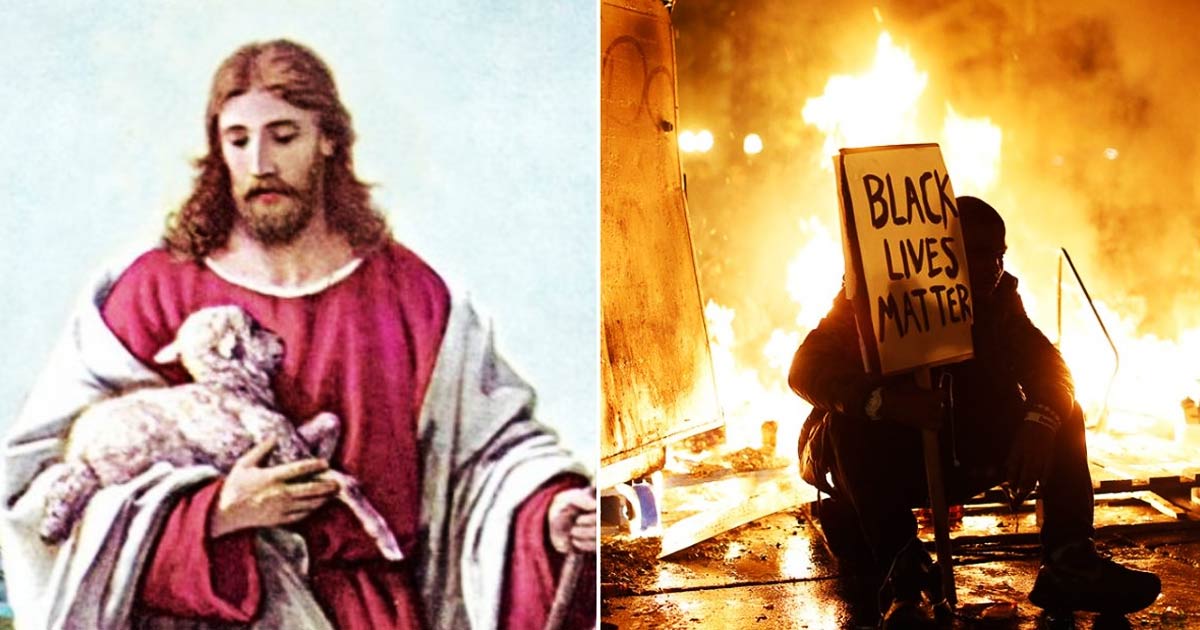 The Black Lives Matter (BLM) terrorist group is looking for more things they can defile and destroy for their racial dominance movement, and their next target may be “White Jesus.”

One BLM activist made the suggestion on Twitter, and it was very well-received from others in the mob:

In addition to the statues of confederates and other racists, can we please eliminate every image of white Jesus?

The way white supremacy has been perpetuated in and through the Christian church is diabolical.

Here are some of the responses from far-left activists thrilled with their notion as they continue their neo-Bolshevik push for authoritarianism:

The BLM terror cult has set their sights primarily on Confederate monuments in America, desecrating the memory of prominent historical figures as they emulate ISIS in their war to tear down U.S. history.

However, patriots are beginning to rise up against BLM and showing that they will not allow the terror group to advance any further. The backlash is beginning to form, despite wall-to-wall fake news media propaganda venerating the organization.

Big League Politics reported on one stand in Kentucky last week in which people demonstrated their 2nd Amendment rights outside of a statue in potentially in order to keep the savages at bay:

On Friday evening, a group of armed patriots in Brandenburg, Ky. protected a Confederate statue as a Black Lives Matter mob was expected to gather and potentially deface it.

The mob has made a big deal of the 70 foot Confederate statue, which used to be located on the University of Louisville campus until 2016, as they continue their ongoing cultural genocide. The patriots of Brandenburg showed up to say no more to the ISIS-style movement of destruction.

WDRB reported that certain “business owners boarded up windows in anticipation of possible violence, but law enforcement officers from several agencies had kept the peace, at least through 10 p.m.”

These armed patriots made their stand as the left-wing cultural genocide has swept across America, with black dominance being projected through acts of mayhem nationwide…

While most are willing to roll over to the mob, the armed patriots in Kentucky have shown that they will not budge. This is the type of courage that will be needed across the country to repel the savages and their war against Western Civilization.

This is what needs to happen more frequently if the BLM terror movement is to be repelled. Otherwise, the savages will come to desecrate Jesus Christ and every other cultural icon they possibly can. Those who cannot build must destroy.