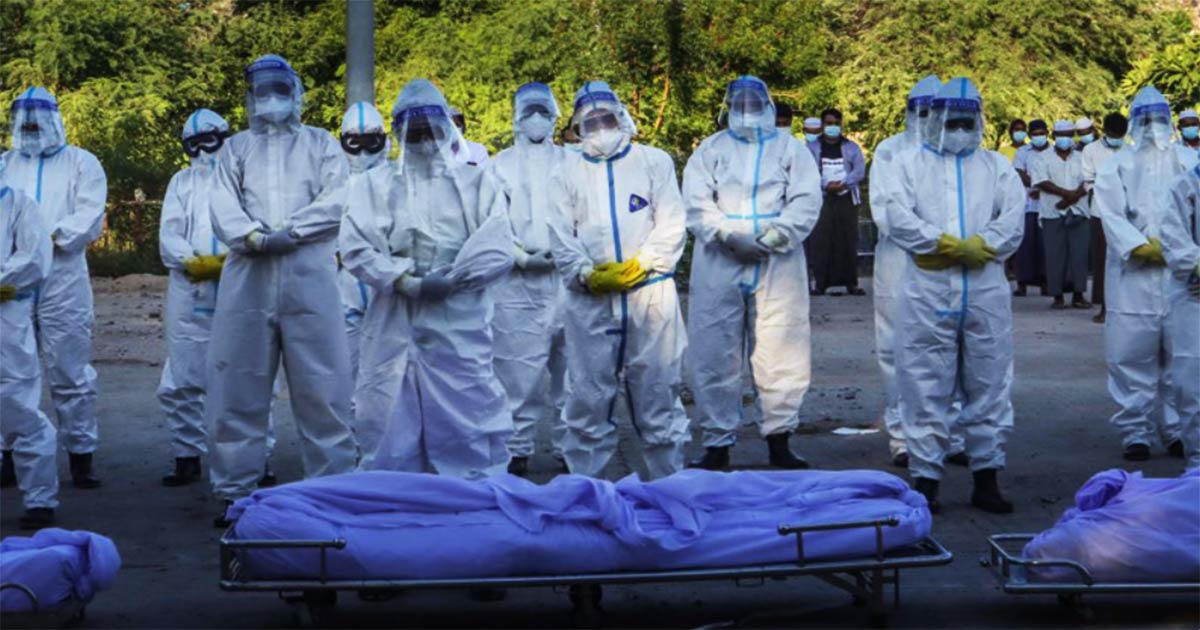 A whistleblower in the medical industry has written a sworn testimony claiming to have proof that 45,000 Americans have died within three days of receiving their COVID-19 shot.

The declaration comes as part of a new lawsuit filed on Monday by America’s Frontline Doctors (AFD) against U.S. Department of Health and Human Services Secretary Xavier Becerra.

Renz, who is representing AFD in the lawsuit, began by telling the crowd, “I’m filing papers in federal court today, so you guys are the first to hear. Go ahead and post it, it will be censored in about six seconds.”

Regarding the sworn declaration under threat of perjury by the anonymous whistleblower, Renz said, “I know, based on this woman’s testimony because she has seen the inside of the systems, that there have been 45,000 deaths based on how many people died within three days of the vaccine.”

Keep in mind this is data compiled by just one government system created to track vaccine adverse reactions.

She also “earned a B.S. degree in Mathematics and have, over the last 25 years, developed over 100 distinct healthcare fraud detection algorithms, both in the public and private sector.”

Her job is to detect and prevent healthcare fraud, in some instances catching providers overprescribing opium which can lead to patient death from overdose.

Due to the anonymous woman’s occupational background, she explains, “When the COVID-19 vaccine clearly became associated with patient death and harm, I was naturally inclined to investigate the matter.”

After verifying data from the CDC’s adverse reaction tracking system VAERS, the whistleblower focused only on individuals who died within three days of receiving their shot.

“It is my professional estimate that VAERS (the Vaccine Adverse Event Reporting System) database, while extremely useful, is under-reported by a conservative factor of at least 5,” she added.

The healthcare expert also looked into the American Medicare and Medicaid data in respect to those who died within three days of vaccination and found a rate five times higher than the VAERS system.

“This would indicate the true number of vaccine-related deaths was at least 45,000,” the sworn statement states. “Put in perspective, the swine flu vaccine was taken off the market which only resulted in 53 deaths.”

See the full whistleblower testimony below: