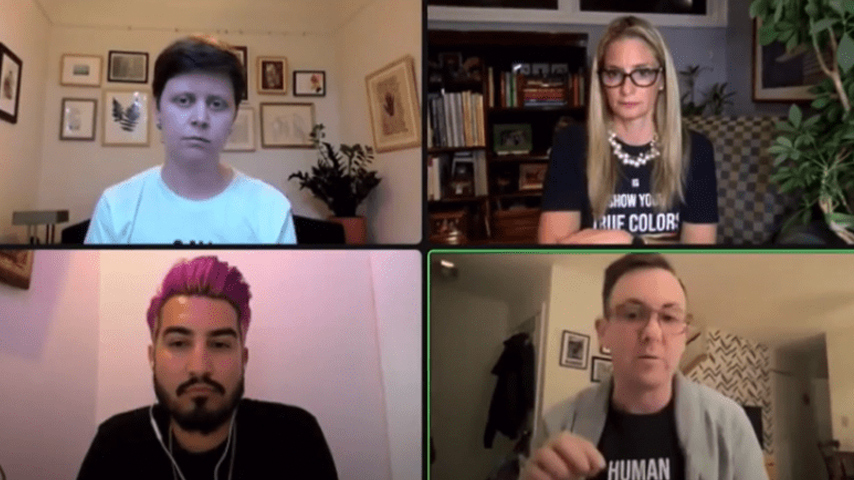 A whistleblower has exposed how teachers and administrators in public schools are plotting to set up “Rainbow Clubs” or Gay-Straight Alliance (GSA) groups in order to groom children and indoctrinate them into the LGBT agenda.

The whistleblower, a self-described “reformed” social justice warrior named Christina Buttons, infiltrated a webinar in which LGBT educators and advocates plotted the best ways to target children and warp their souls without their parents being able to realize what happened until it is too late.

“Something I do say to students…in my class and then quickly goes into the other 5th grader classes and says, just so you know it’s completely your option if you want to come or not, umm, but I told them I don’t ever tell anyone else who came except for the other two 5th grade teachers, so I would never tell their adults…just to make sure that any of them who are potentially nervous would at least feel assuaged in that way,” one of the predators said as they shared their grooming techniques with other teachers.

“The only formal, like, communication that we’ve sent home was to 4th and 5th-grade students. We told them it wasn’t a permission slip, it was something that was one-way communication to home about our club, and I didn’t hear any push back from anybody regarding that. But also we intentionally left it broad in that it was a club about acceptance, tolerance, diversity and identity, and then on-campus, we do announce it to all the grades when we are having an event,” another groomer said, sharing best practices on how to deceive parents about the nature of their agenda.

“I think at the elementary school level, at least in my school which is in Western Massachusetts, it begins even before starting the club, so just beginning with making sure you have inclusive curricula at your school, that your school has a welcoming culture, that you’re using lots of vocabulary that has to do with gender and sexuality and…I think then you can start to introduce the idea of beginning to build a GSA or a Rainbow Club,” another teacher said, explaining how LGBT education naturally leads to the grooming of children.

The videos can be seen here:

LGBT plague is openly feasting on the souls of children now that they have gained mainstream acceptance:

“A video titled “A Message From the Gay Community” features a gay choir from San Francisco, Calif. admitting that they are grooming kids for their sexual pleasure.

The video, which is overwhelmingly unpopular on YouTube, seems to validate the Christian Right’s long-standing concerns about giving homosexuals standing in society.

“Do you think we’re sinful? You fight against our rights. You say all lead lives you can’t respect. But you’re just frightened. You think that we’ll corrupt your kids if our agenda goes unchecked. Funny, just this once, you’re correct!” a homosexual predator boasted in the video.

“We’ll convert your children. Happens bit by bit. Quietly and suddenly, and you will barely notice it,” he confessed…

LGBT predators have never felt more emboldened. They are clearly after the souls of the children, and most of society is happy to look the other way due to cowardice. If America does not suffer damnation, God may owe Sodom and Gomorrah an apology.”

Parents need to wake up and defeat the LGBT agenda in public schools, or their children will quickly become fodder for predators.