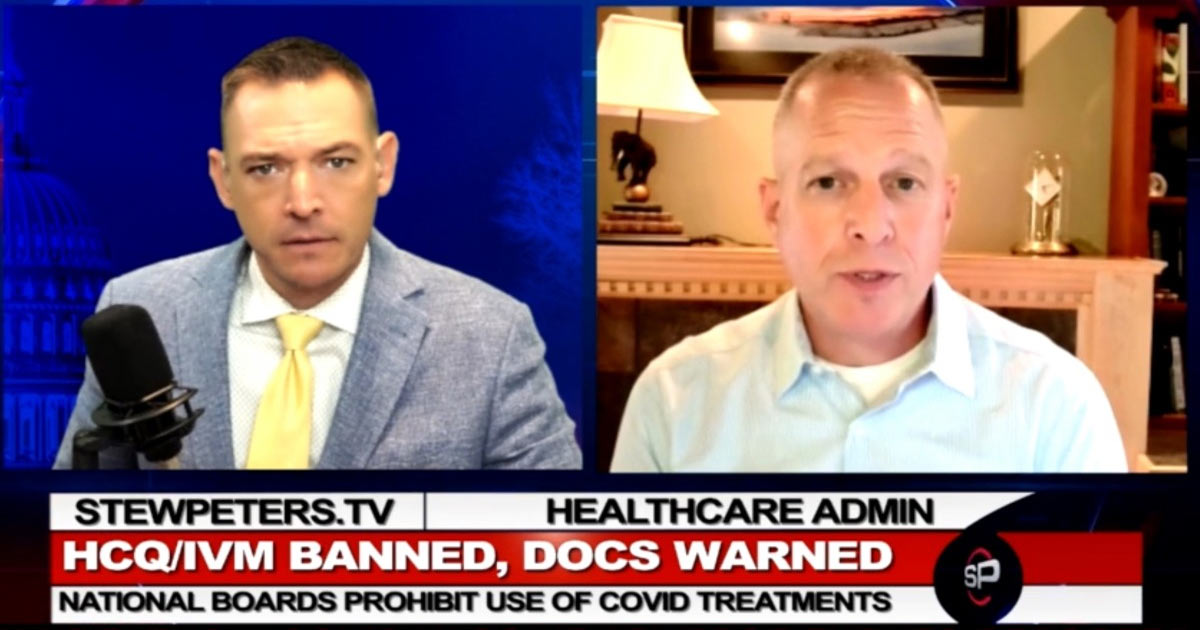 Doctors in the US are being threatened with the loss of their careers overusing alternatives to treat COVID-19 such as Hydroxychloroquine and Ivermectin, a doctor-turned-whistleblower told radio host Stew Peters.

Doctors treating COVID-19 with Ivermectin and Hydroxychloroquine are reportedly facing threats of losing their careers as the Biden regime pushes for mass vaccinations across the US, according to a whistleblower who spoke to Stew Peters.

Peters hosted a doctor named “Steve,” whose full name is deliberately kept hidden to protect himself from punishments for speaking out against medical tyranny. The doctor provided viewers with a copy of a letter that “unequivocally threatens doctors with the loss of their careers if they should recommend specific COVID treatments.”

“They’ve said spreading any misinformation or disinformation is grounds for suspension or revocation of their medical license,” said Steve. “Being specifically vague doesn’t help anyone. But it leaves them open for lots of latitude on how they want to determine whether you’re providing care within their supposed guidelines, of course, they will always change.”

“So, it’s hard to put that down on the same token to say ‘if you spread misinformation or disinformation with no definition, but ‘if you do that, you will be up for revocation or suspension of your license, and you’ll be out of practice’,” the doctor continued.

The doctor said the fact that doctors are being reprimanded for treating COVID-19 with alternative treatments is “truly a disservice” due to the documented effectiveness of Ivermectin and Hydroxychloroquine.

“A doctor who prescribed what they thought was best for their patient, in accordance with their Hippocratic oath, prescribed Ivermectin. That doctor has now been warned or advised that disciplinary action is imminent, and they have been gagged, prohibited from telling anybody about this?” asked Peters.

“Right,” the doctor replied. “So they’re under investigation by the board. They’re having to take lots of spare time that they have, which of course they don’t have, to prepare their position statement to defend themselves back to the board on their use of that medication, and it’s totally appropriate that they chose to do that. That’s really been their oath, to do the best for their patients, and they have the prescribing authority to do so, or at least they did.”