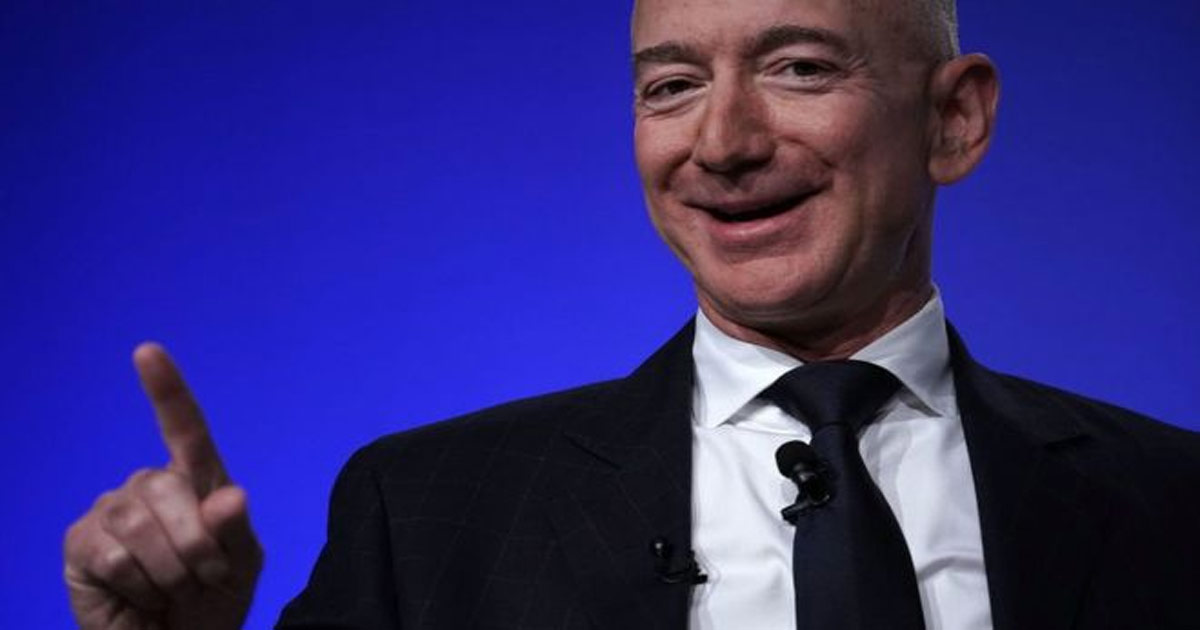 While unemployment numbers are soaring like never in the history and many countries are on the verge of food riots, global elite are having time of their lives. Developing countries are being brought to knees as people who were dependent on daily wages to make ends meet can’t even return to their hometowns because of the lockdowns. But big companies like Amazon, Google and Apple are seeing a substantial rise in revenue as more people are dependent on them and this situation is really making them a fortune.

The founder and boss of Amazon has seen his wealth swell by $24bn (£19bn) after soaring demand for online shopping sent the firm’s share price to a new high.

Jeff Bezos now has a fortune of $138bn, according to the Bloomberg Billionaires Index, cementing his position as the world’s richest man. Amazon has benefited from surging internet shopping by people forced to stay home during the Covid-19 outbreak.

The firm has been recruiting thousands of workers to cope with demand. However, Amazon has also been criticized by employees in the US over workplace protection against the coronavirus.

Mr Bezos owns an 11% stake in Amazon and on Tuesday, the firm’s shares rose by 5.3%. The family behind retail giant Wal-Mart, which owns Asda in the UK, have also gained during the lockdown.

The Waltons saw their net worth rise 5% this year to $169bn, making them the world’s richest family, according to Bloomberg.

Investors in the global oil and gas industries have seen sharp drops in net worth as crude prices plunged on reduced global demand and a row – now resolved – about oil production between Saudi Arabia and Russia.

Soon these big tech giants will start absorbing the all small businesses and even some large ones. People would have no choice but to act according to their rules. Even governments of the world will not be able to oppose them since they will cover the massive portion of nations GDP. We are heading in to the era of Technocracy. Where big brother will dictate all the laws and regulations. Which will give rise to massive surveillance state with absolutely no freedom or rights.

Its time we should start listening to our conscience and start using alternatives to beat these big tech giants.

Start using Duck Duck Go for the search engine instead of Google.

Use the Brave browser instead of Chrome which does not track your activity and also rewards you.

Use Bitchute and Lbry for watching videos instead of YouTube.

Use your local stores or grow your own farm and stop depending on Amazon or other big stores.

We can only stop them if we stop using their services.