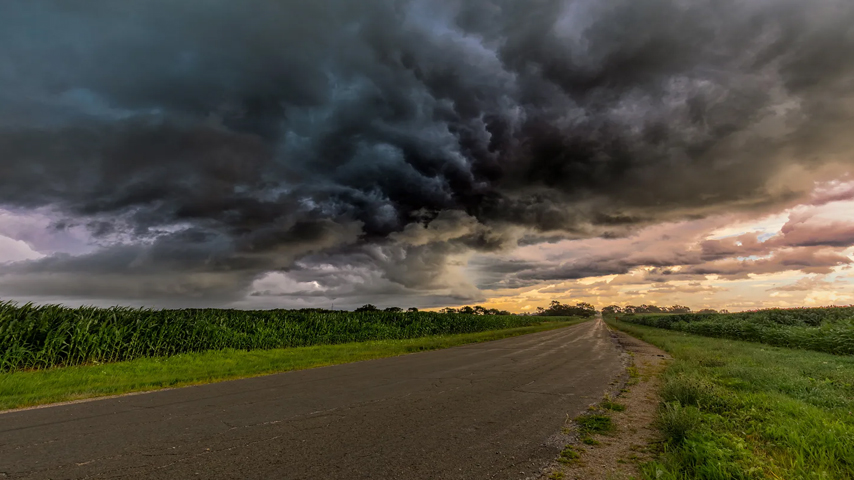 When you preach or write about the end times, you find out what people’s relationship with the world is. Their response tells you a lot about who they are, what they value, and the depth of their relationship with God.

It also tells you a lot about their relationship with the Bible. Approximately 30 percent of the Bible is prophetic in nature, and most of those prophecies are about the end times and events that are taking place in our generation.

When I point these things out, some people still seem surprised. It makes me wonder how familiar they are with Scripture.

It always reminds me of something I read once in a book by David Jeremiah, whom I believe is a very solid end-times teacher. It was called Is This the End? and he was talking about the wrong ways people react to fearful or confusing current events.

You know what I’m talking about. Our world today is filled with bad news: war in Ukraine, mass shootings in America, famine in Africa, economic despair and rising food prices. All of these things seem to be hitting us at the same time. Jesus talked about this in Matthew 24 when the disciples asked Him what would be the signs of His coming.

“And you will hear of wars and rumors of wars. See that you are not troubled; for all these things must come to pass, but the end is not yet. 7 For nation will rise against nation, and kingdom against kingdom. And there will be famines, pestilences, and earthquakes in various places. 8 All these are the beginning of sorrows.”—Matthew 24:6-8

Like labor pains, these troubles are arriving one after another. They are growing in intensity and frequency, which tells us we are getting closer and closer to the events of the end times.

The book described three wrong ways people respond to this kind of news.

Some people ignore what’s happening. They continue on by immersing themselves in work or hobbies. They go on vacations. They live their normal lives and just refuse to pay attention. They bury their heads in the sand.

One time I saw a photo of a man mowing his lawn while a tornado was forming back behind him. Either he was entirely ignorant of the dangerous tornado or he really needed to get his yard finished.

But denying that prophetic events are happening isn’t a healthy response.

These are the people who are always talking about bad news. They are like Chicken Little in the classic story, always telling others that the sky is falling. They panic. They are clearly afraid. They view everything as hopeless and doomed.

They forget that God is in control and allow the darkness of the present age to impact their spirits and their attitudes—even the ways they interact with the world. Fear of what may happen tomorrow changes how they live their lives today.

Obviously, this kind of response isn’t healthy either.

Solomon warned about this unproductive approach to the world around us and the shortness of life on earth. It’s to immerse yourself in pleasure and decadent living because death is coming soon:

So I commended enjoyment, because a man has nothing better under the sun than to eat, drink, and be merry; for this will remain with him in his labor all the days of his life which God gives him under the sun.—Ecclesiastes 8:15

The end is near, so pack your days with all the fun and frivolity you can fit. Eventually, it will be gone. Pursue pleasure at all costs because life is fleeting.

All this approach guarantees is emptiness and sin.

Growing up in the Texas Panhandle, one thing I learned to pay attention to were storms. The skies could be as gray and ominous as I’d ever seen—the storms were severe—but I always knew that eventually, we’d see blue sky behind them. The sun would always come out eventually.

A lot of people see the storms and choose to deny that a storm is even coming. Or they despair and hide in their basements. Or they embrace decadent living while there’s still time.

But the best approach is to look past the storm and recognize the hope that these times represent. The right response to the events of our day is always hope.

God didn’t give us Bible prophecy so we’d become preppers and stockpile guns and hide in our bunkers and live in fear. He gave it to us so we could be spiritually prepared—so we could give our hearts to Him and live our lives for eternal purposes, and so we could tell others about Jesus. When Jesus returns, no person on the planet will have an excuse for not being ready.

The biblical message of the end times is not a message of despair but a message of hope and grace. Believe God and His Word and you will avoid the events of the Tribulation. You won’t have to deny current events or choose a life of selfish decadence. Instead, you can live in expectation, grateful that you know Jesus and He is coming soon.

God doesn’t want us to be fearful or confused. He wants us to be informed so we can face the future with courage and certainty.

Wicked Deception & The Unveiling Of The Antichrist

Rapture Watch: This is how lucky you’re if you believe in Jesus Christ as your savior

When the Remnant Grows Weary