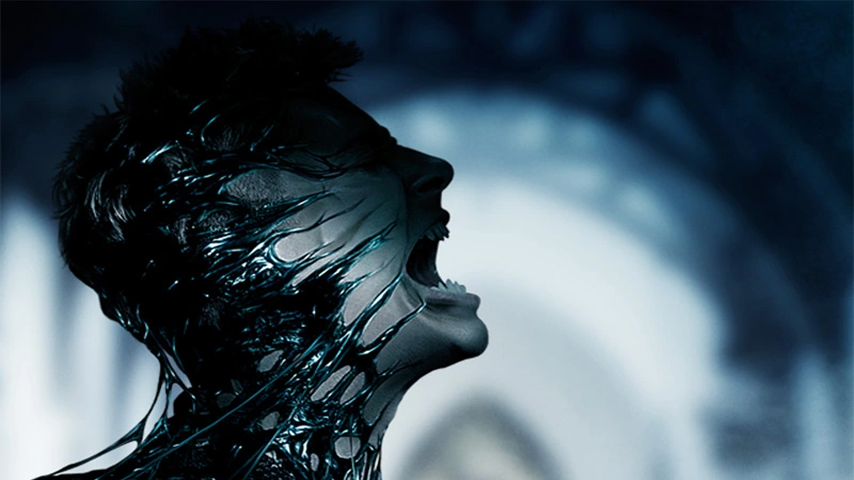 The following is speculation. Spiritual discretion is advised…

Without a doubt, this is the most insane article I’ve ever written. When the vaxxed are dead & alive: nanobots morph into black goo, which will require a suspension of disbelief by the reader and an understanding of the satanic agenda looming behind the COVID-19 injections.

From a technological frame of reference, a man already has the tools available to create artificial life from inside a cadaver. For example, there are 3D bioprinters capable of making blood vessels out of stem cells based on bio-ink, a material used to create artificial tissue and human organs. In concert with synthetic biology, the definition of life can now be based on a digital code.

In its simplest terms, nanotechnology is atomically precise manufacturing. Tissue engineering is removing the dead cells from a human and leaving only the protein scaffold, which is repopulated with stem cells and incubated. Once the process is completed, it becomes possible to produce a 3D organ.

It’s become quite apparent the COVID-19 injection contains graphene oxide nanobots, which consume the iron oxide contained in the blood’s hemoglobin. While the nanobots slowly replicate, a magnetic, metallic structure is simultaneously constructed in the body. The build is completed when the iron oxide is finally depleted.

Of course, human life is terminated at some point in the process, as the body cannot survive without blood.  And although the body is dead, I believe the graphene oxide nanobots will finally morph themselves into a sentient substance called “Black Goo.”

As a forewarning, this is where it gets very dark and stranger…

Black Goo Programmable Matter is an intelligent, self-aware, self-organizing liquid crystal. It is a magnetic substance emitting, receiving, and corrupting the RF spectrum within the universal 5G network. In the esoteric occultic religion, Black Goo is considered by some as the elusive philosopher’s stone and tangible storehouse for demons.

Once Black Goo Programmable Matter is embedded and activated in the dead, the body will become animated as a vehicle for demons.

Black Goo defies the laws of physics in our physical world. It can stretch to thirty-five times its girth; Build pliable circuits onto human skin;  Embed itself into the body; Function as a bio-sensor that would mold itself to the human body; If broken the pieces can easily stick together again;  Placed on the forehead Black Goo can read and translate facial expressions; When stretched over the throat Black Goo turns speech into electrical signals. In the future, it could provide the foundation for soft-bodied robots.

Black Goo has been featured in many movies such as  Lucy, Stranger Things, Spider-Man 3,  Alien Covenant, Prometheus, A Haunting In Connecticut, Ares, The Matrix and The Silver Surfer.  Predictive Programming has been announcing the advent of Black Goo for the last thirty years.

Fashioned into an implantable microchip, Black Goo Programmable Matter could be the demonic fuel to power the mark of the beast. The Book of Daniel prophesied four separate ages, representing gold, silver, bronze, and iron/clay.  During the present fourth age of iron/clay, man will access the philosopher’s stone and its legendary alchemical substance Black Goo. Mixing the iron of technology, with the clay of man, creating an eternal Trans-human.

Alchemy is the occult science and black magic art of unifying matter and spirit. On a physical level, the process of burning off lead impurities transforms the matter of lead into gold via the legendary philosopher’s stone.  Alchemy functions spiritually as a mystical agent of Black Goo Programmable Matter.

When the vaxxed are dead & alive: nanobots morph into black goo, does sound insane until you realize our battle is with the powers of darkness.