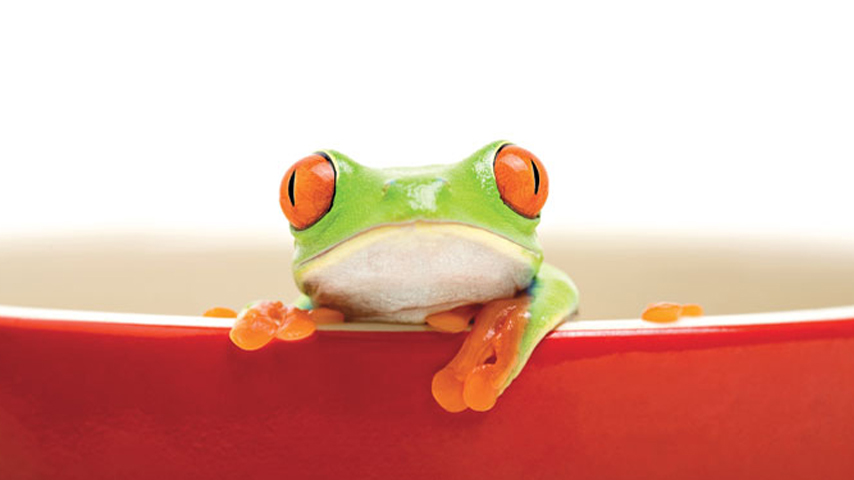 By Michael Every of Rabobank

The headlines today will naturally be all about French President Macron winning re-election over Le Pen. There was such a flood of market commentary before the vote underlining that a Le Pen victory would have been a larger shock than Brexit, etc., and EUR was up in early Asian trading despite the fact that nobody actually thought Le Pen would win: either people secretly feared she might, or it’s ‘buy the rumor, buy the fact’.

However, here is an uncomfortable fact: Le Pen scored around 42% of the vote. 5 years ago she got 34%. When her father ran against Chirac in 2002, he got 18%. Think 2027 on that basis. Indeed, if you look at the first round in 2022, Macron only won just over a quarter of those who bothered voting, so around 21% of the eligible public, with the populist right and left hoovering up much of the rest, and the two establishment parties collapsing. 91% of those who voted for leftist Melenchon in the first round and Macron in the second say they did so to block Le Pen, not because Macron would be a good president. What kind of electoral mandate is that? Eyes will now turn to the French parliamentary elections and traditional promises to ‘heal divisions’: how? The French, like *all* economies, democratic or authoritarian, is Al Gore’s analogy of frogs in a pot of water whose temperature is slowly rising ever-closer to boiling point.

The rumor was that if Marcon won there would be an EU oil embargo post-election: will this now occur? If so, markets will be roiled. If not, Europe will be roiled. Indeed, even given a further defeat for right-wing populism in Slovenia overnight, the EU remains deeply divided. In the eyes of many in the east, Germany is part of the problem, not part of the solution over Ukraine, as is Austria, which just rejected Ukrainian EU membership. What about France, given Macron’s predilection for failed Russian diplomacy and his constant harping about European “strategic autonomy”? One wonders what the EU intellectuals who claim the Ukraine war is the fault of the US, and that the best response would be to accept spheres of influence, would say if the US were to agree and walk away from NATO given Europe is in Russia’s sphere, geographically, and that is what France sometimes seems to want geopolitically. China is very big on that too as part of its new Global Peace Initiative.

Yet for now, a Russian commander in Ukraine states the plan is to take the east and south as far as the Russian-speaking breakaway region of Transnistria, implying an attack on Moldova. That’s not possible now. It doesn’t mean it won’t be soon. Indeed, the FT reports three individuals who have spoken to Putin to say that he is not interested in a peace deal now, and instead wants a land grab he can present as a victory. In short, while many in the EU may not be interested in this war, it is interested in them.

Meanwhile, as if that were not enough, things are heating up on other fronts. In Covid-struck Shanghai, there are photos of gates being welded over the entrances of residential buildings, and an allegation from Radio Free Asia that authorities in Hunan are demanding passports be handed over in response to a surge in online searches about emigration.

The lockdown’s impact on the Chinese economy is huge, including on ports. There is going to be another slump in shipments to the US and Europe, which industry experts call “staggering” in scale. That will create bullwhip effects as supply dries up even as demand falls off (due to high prices), thus keeping prices high rather than allowing them to adjust down. Then there will be a flood of goods when things re-open, creating US logistical logjams and price-gouging all over again. As Fortune puts it: “‘Companies are beginning to panic’: Experts say China’s lockdowns will make inflation and the supply chain nightmare even worse”.

This lockdown will also hit intra-Asia trade heading to the US and Europe. As Freight Waves puts it, “Vietnam, Malaysia, Taiwan, Japan, Korea, Indonesia and Cambodia have factories waiting on crucial raw materials needed to finish goods ranging from apparel and footwear to furniture. This pipeline saw an expansion in the trade as more American importers diversified their manufacturing out of China as a way to work around the China tariffs. But what this pandemic has revealed is even with this “manufacturing diversification,”  the dependency on China has never been fully severed.” So, a pan-Asian slowdown; more shortages; and a stronger argument for total supply-chain separation from China rather than just one degree, or to give up and get used to lock-downs.

Friday also saw Indonesia cancel all exports of palm oil from 28 April until further notice. That takes out the world’s largest producer and exporter of this key vegetable oil at the same time as Ukraine’s sunflower oil is also largely off the world market. Naturally, this is going to have a vast knock-on effect across the global agri complex – and we were already seeing rationing in some Western supermarkets. Moreover, this underlines the recent trend of food exporters opting to stop doing so; on top of some countries using food exports as a ‘weapon’; and the US ‘weaponizing’ their currency.

Together, this changes the geo-economic equation for net food importers who had been relying on exporting widgets in the assumption the dollars earned could be exchanged for food: and when that system breaks down, everything breaks down with it; complex global supply chains stop working. Yes, we aren’t there yet, but the progression is similar to that of the French elections: 18%; 34%; 42%, etc.

However, rather than an instant Mad Max-style return to global barter, or a ‘Bretton Woods 3’, we will likely see the US dollar remain the lesser of all other evils for most of the global economy, if not all of it, alongside national-security protectionism and even greater dollar weaponization: with us or against us; in or out of the global network, and end-consumers in the West. Indeed, compared to most Europeans, many Americans are quite capable of thriving in a Mad Max world, and some seem to crave it. The macro reflects the micro.

One way to boost the US dollar and deal with the risks of supply-side inflation becoming entrenched in wages, even if misplaced, is higher US rates, which are coming. Yet that puts ever greater pressure on all kinds of markets.

Keep looking at the key cross USD/JPY, trading at 128.60 this morning. Something is going to give there if the Fed sticks to its present path.

Friday and today both saw USD/CNY and USD/CNH begin to creak significantly, with lower daily fixings for CNY than expected and a large market move lower – CNH was trading at 6.53 this morning vs. 6.32 in mid-February, CNY at 6.55. Yes, on a trade-weighted basis this is merely China trying to slide down the string of a rising US dollar balloon rather than outright depreciation. Yet given that USD/CNY is all the market looks at, it’s significant – especially for already-struggling Chinese borrowers. For example, if we were to see the USD up 10% from here, it would suggest USD/CNY well past 7 unless China wants to hold onto that balloon forever. Who is hedged for that? And what about the price of commodities still priced in dollars?

Markets are already reeling almost across the board – except for the geopolitical trade described above. The S&P is -10.4% year-to-date (y-t-d); China’s Shanghai index was -16.6% at the time of writing, and a market-leading Chinese fund just shifted its equity exposure to zero; Bloomberg’s global aggregate fixed income index is -10.4%; Bitcoin was -15.6%; and yet even given the recent dip in oil, Bloomberg’s commodity index is up 30.1% y-t-d; and the broad US dollar index is up 5.8%.

So, savor the Macron victory, Mr. Market; but you are not luxuriating in a hot tub drinking champagne – you are in a very different body of water.