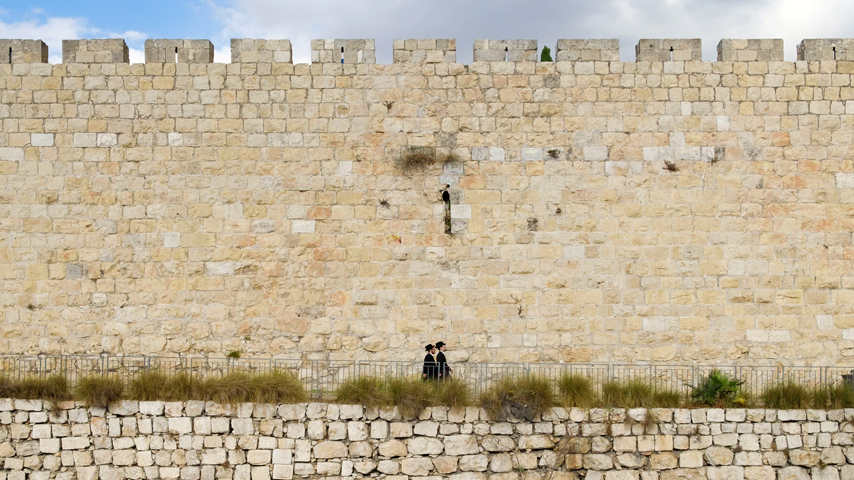 Jerusalem will remain at the center of the world’s conflicts

The Bible is the one book that dares to predict the future. Not once, not twice, but hundreds of times. We can look back now and see that many of those prophecies have already been fulfilled. But not all of them! Some remain to be fulfilled, and we may be the generation where that begins to take place.

In fact, some say it’s already beginning to happen.

I guess you might say I have a few issues with forgetting things.

While my wife seems to remember every detail of everything, I have difficulty remembering the past with any great accuracy. But God has perfect retention if you want to call it that. In fact, He sees the past, present, and future simultaneously! Tomorrow is like yesterday to God. Every day is before Him with equal clarity. He is the Alpha, the Omega and everything in between.

So let’s take out our checklist of world events and see what has already transpired in the realm of fulfilled prophecy:

Jerusalem will be at the center of the conflicts in the world. Not Rome. Not Paris. Not London. Not New York City, but the ancient, tiny little city of Jerusalem. This is what Jesus told the disciples: “And when you see Jerusalem surrounded by armies, then you will know that the time of its destruction has arrived” (Luke 21:20).

To the Old Testament prophet Zechariah, God offers another prophecy about Israel:

Israel is so tiny! At one point the nation is only nine miles wide. Yet God says she will be at the center of the events of the end times. And it is happening just as the Bible promised it would.

Ezekiel 38 gives us a graphic picture of Israel being regathered in her own land, and it has happened just as God said it would.

The Lord speaks of a large and powerful nation to the north of the newly established Jewish homeland—along with a number of her allies—invading Israel. This has not yet happened:

This is another message that came to me from the Lord: “Son of man, prophesy against Gog of the land of Magog, the prince who rules over the nations of Meshech and Tubal. Give him this message from the Sovereign Lord: Gog, I am your enemy! I will turn you around and put hooks into your jaws to lead you out to your destruction.”—Ezekiel 38:1-4

Magog? Now, who could that possibly be? And who are these allies that march with her?

Many believe that “Magog” is a reference to modern-day Russia. Why is this believed?

The reasoning goes like this: Magog was the second son of Noah’s son Japheth, who according to the ancient historian Josephus settled north of the Black Sea. Tubal and Meshech, also mentioned here in Ezekiel 38, were the fifth and sixth sons of Japheth whose descendants settled south of the Black Sea.

These tribes intermarried and became known as Magog. They settled to the north of Israel. In Ezekiel 39:2, God says to them, “I will turn you and drive you toward the mountains of Israel, bringing you from the distant north.”

So all Bible directions are given in relation to Israel. And if you look to the extreme north of Israel today you will find the mighty nation of Russia. Yes, even though the Russian army finds itself bogged down in an invasion of Ukraine as of this writing, the Russian military remains one of the most fearsome on earth.

Now here is where it really gets interesting. Look at the allies who march with Russia. We have Ethiopia (that would be modern-day Sudan), Libya, and Persia (modern-day Iran). These are all Islamic cultures, and they are all anti-Israel.

And Persia? It wasn’t until March 21, 1935, that Persia changed her name to what we now call Iran, a present-day ally of Russia.

So here is the alliance that God says will form against Israel, and there’s really nothing about it that surprises us. It’s already taking shape before our eyes.

Consider this: When Magog and her allies attack Israel, God will intervene and decimate her army and the armies of the allies as well. And because of this, the Jewish people will give glory to God.

The “Complete Number of Gentiles”

When you go to Israel today, you might be surprised to learn that most Israelis are not believers in God. Many of them are atheistic. Certainly, you will find very few Jewish people who believe in Jesus as their Messiah. There are some, thank God, but not all that many.

But when the Holy Spirit is poured out upon Israel after He drives back the invading armies of Magog, there will be a revival in Israel and many, many, many Jewish people will come to believe Yeshua Hamashiach. Jesus is the Messiah.

This outpouring of the Spirit on Israel, however, can’t happen until the full gathering of the Gentiles is accomplished. What does that mean? I suspect most people who subscribe to Tipping Point are Gentiles, not Jewish by birth. As Paul explains in Romans 11, we have been effectively grafted into the promises God originally offered to Israel. This is the time when God is working with the non-Jews, the Gentiles. But this time will come to a close, and then the Spirit will be poured out again on the land and people of Israel.

But before that can happen, God needs to wrap things up with us.

In Romans 11:25, Paul says, “I want you to understand this mystery, dear brothers and sisters so that you will not feel proud and start bragging. Some of the Jews have hard hearts, but this will last only until the complete number of Gentiles comes to Christ.”

The complete number of Gentiles.

In other words, as I said earlier until the last Gentile person finally believes in Jesus. And then…we will be gone. Caught up. Raptured. In a microsecond. And we will meet the Lord in the air, and be with Him forever.

So that means when we see these events in the world beginning to happen, we need to look up, for our redemption is drawing near.

What If It Happened Today?

If You Are Worried About Things Happenings Around The World…

The Stage Is Set, The AntiChrist Will Appear Soon