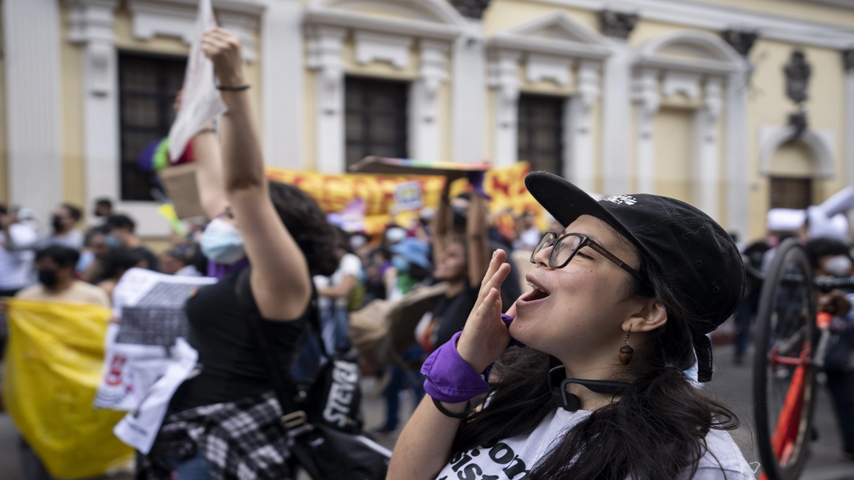 As I have documented on a number of occasions, the Left ruins everything it touches. There is no exception. From universities to high schools and now including even elementary schools, to late-night TV, to sports, to the arts and, increasingly, science, the Left is a destruction machine.

And nowhere is this damage more evident or tragic than with regard to women.

In fact, nothing demonstrates the power of left-wing ideology as much as what this ideology has done to women. So powerful is leftist ideology, it is more powerful than women’s nature.

For all of recorded history, virtually all women sought a man with whom to bond. Of course, a progressive would argue that this was true only because all societies implanted this desire in women or because societal pressure gave women little choice about the matter. It is not, progressives would argue, innate to female nature to yearn for a man.

But whatever the reason — innate nature or societal expectation — it is a fact that women desiring a man was virtually universal.

Then along came modern left-wing feminism, which communicated to generations of young women through almost every influence in their lives — most especially teachers and the media — that a woman doesn’t need a man. In the witty words of one feminist aphorism, “A woman without a man is like a fish without a bicycle.”

Along with wanting a man, the vast majority of women wanted to marry. It was assumed that wanting that public commitment to and from a man was part of female nature. Yet, the Left has successfully undone that part of women’s nature, too.

As a result of feminist and other left-wing indoctrination, the belief that a woman doesn’t need a man led to the inevitable upshot: marriage isn’t necessary. And it might even be a tool of oppression. And as a result of that, a smaller percentage of American women are marrying than ever before.

This has serious social consequences. We have long known that single men perpetrate most of the violent crimes in society. Single men are a societal problem. What we have not acknowledged — and perhaps not even known — are the deleterious effects of women not marrying.

While single women don’t commit nearly as much violent crime as single men do (though they may be starting to catch up), single women are increasingly a societal problem. The most obvious problem is that women who have children without ever marrying their children’s father — or another man — produce a highly disproportionate percentage of social misfits. But many women who never give birth nor marry also constitute a societal problem. They are more likely to be angry and to express that anger in support of radical causes that undermine society. As Barron’s reported, while overall a mere 14.2% of the population contributed to “racial justice causes” such as Black Lives Matter in 2020, “nearly half of single women in the U.S. — a larger percentage than single men or married couples — supported or were actively involved in racial justice protests.”

As reported by one women’s activist organization, Women’s Voices Women Vote, already in the 2012 election, “the marriage gap dwarfed the gender gap…”

No. 3: The Desire to Have Children

At least as much as wanting to bond with a man and wanting to get married were deemed a part of women’s nature, the desire to have children was regarded as even more embedded in female nature. Yet, incredibly, leftist ideology is even succeeding in eliminating that part of women’s makeup. More women than ever before — abroad as well as in America — are choosing not to have children. See, for example, the article, “More women like me are choosing to be childfree. Is this the age of opting out?” published, appropriately, in The Guardian. The author ends her piece this way: “I’ll say it plain: I don’t want children, I never have, and it doesn’t feel like any kind of lack. To me, it just feels like being alive.” She speaks for an increasing number of women.

No. 4: The Desire to Have Sex with Commitment

Another part of women’s nature that the Left has undermined is the desire of women to have sexual relations with a man who might commit to her. Or, at the very least, to have sex only with a man to whom she has some emotional attachment. Left-wing feminist ideology has even been able to undermine that. Three generations of American women have been indoctrinated into believing that their sexual nature is the same as that of a man. Therefore, she can have “hookups,” i.e., non-emotional, non-committal sex, just like men can with no emotional fallout. And so, many young women do. But a far greater percentage of them experience regret or even depression than do young men who engage in “hookup” sex, a form of sex that is indeed part of male nature.

No. 5: The Desire to Protect Children’s Innocence

Perhaps the most amazing thing progressive ideology has done to women is to subvert the innate female desire to protect children, specifically children’s sexual innocence. The movement to teach very young children about sex, about “gender fluidity,” expose them to “Drag Queen Story Hours,” etc., is overwhelmingly led by and composed of women.

Leftism would appear to demonstrate that ideology can trump human nature. Such is the power of social indoctrination. One inevitable result is a generation of more depressed young women and more regretful middle-aged women than ever before in American history.

The Left ruins everything it touches. You can add women to the list.

Lex Green – People are too Stupid to Be Free