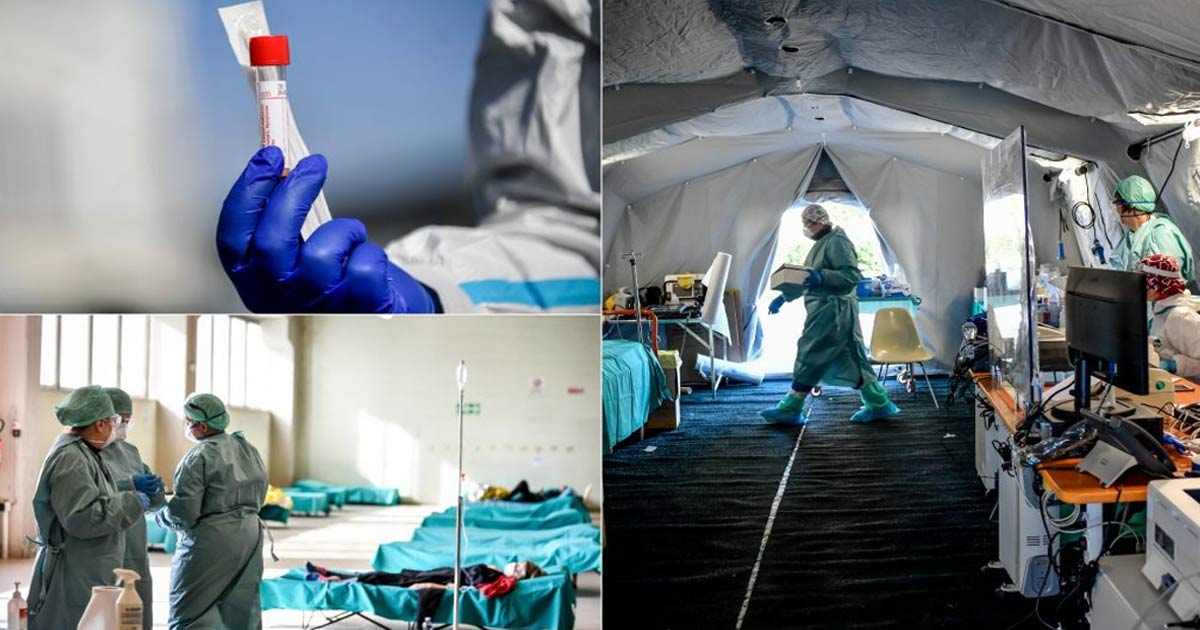 The Illuminati aim to destroy the Italian economy and impoverish the Italian people.  According to John Coleman, the US is next.

Italy has reported more than 700 deaths in two days, including a record 368 in a single day on Sunday.

And where do they pile the bodies? Are crematoriums running 24 hours?

The Coronavirus pandemic is going completely out-of-control in Italy, with hospitals overcrowded with Covid-19 infected patients, zombie-like medical staff and death rate skyrocketing… Just on Monday, another 349 new deaths from the coronavirus were reported, taking its total since last month to 2,158.

The COVID-19 fatalities have more than doubled since Thursday, when Italy first exceeded 1,000 deaths.

In “The Conspirators’ Hierarchy: the Committee of 300“, (1992) John Coleman said the first two targets of the Illuminati are US and Italy: the first because US is the most powerful and richest nation in the World; the second for its long Catholic tradition and its central place in western civilization.

Until the 80’s, Italy was the fourth economy in the World. Only US, Japan and Germany were more powerful. Then, Italy had 9 hospital beds per 100.000 people. The North of the country had really the best health care system in the World when I was a child. If this coronavirus epidemic had happened in the 80’s, Italy could have the possibility to manage the situation without draconian measures. But now, after the budget limitations imposed by European Union, even if Italy is a net contributor for it (we give Europe Union more money than we  receive), we were forced to cut the budget for our national health care system which now is close to collapse.

There are several oddities about this virus. First of all, it has struck the richest and most productive regions in Italy, Lombardy and Veneto, in the north. After 2008, Italy, which continues to be the second manufacturing economy in EU, has lost the 25% of its manufacturing capacity.

The poorest Italian regions, in the south of the peninsula, at the moment doesn’t have many cases of CV. But striking those two productive regions means destroying the entire Italian economic system. Even in a such dramatic period, when shops, bars, restaurants, hotels are closed, when only few factories are still open and when most Italian people can exit from their homes only to buy food and medicines, migrants from Africa are still getting to our coasts.

Is it possible? We Italians are forced to stay home, our individual rights are strongly limited, we can’t work and gain money for our families… and migrants from Africa are free to do what they want!

I suspect that those who favor the African immigration know something about this virus that we don’t know. I fear that the virus has been spread by chemtrails during the last months.

Several cases of pneumonia were already registered in December, before everyone knew of the Chinese virus. Italian prime minister, Giuseppe Conte, has made many mistakes in managing the crisis.

A month ago, when there were no cases of CV, he said it was useless to quarantine people coming from China. Indeed, Left-Wing parties answered that the quarantine towards Chinese people would be racist discrimination.

So, many Italian people were convinced that the risk was very limited. When the government  closed my region, the Lombardia, someone from the prime minister’s entourage gave to the press an anticipation about the bill.

When people learnt that Lombardy was about to be isolated, thousands of people from the South Italy, living and working in Milan, panicked and jammed the trains going south, spreading the virus everywhere.

Too many big mistakes were made to believe it was only government incompetence. I fear that these mistakes were deliberate, to cause the maximum damage.

Last week, Christine Lagarde, the new ECB president, has declared that limiting the spread between Italian and German bonds is not a task for the ECB. This was a deliberate attack against the Italian economy.

The Italian stock exchange has crashed. Now it’s very evident the Illuminati purpose of annihilating Italy. This is their goal and soon this will be reality because this CV crisis is a perfect pretext to destroy what remains of our, once flourish, economy.

On Monday, EU will approve the new version of ESM, European Stability Mechanism. This will be the coup de grace for Italy. In the future we will be utterly slaves of international usurers.

Yesterday my sister and I closed our real estate office. We continue working from home but our employee, a very good woman from Croatia, married to an Italian, started crying because she knows that this crisis will be terrible and she fears to lose the job.

Obviously we will help her. She is a too good person to not deserve our help. But for hundreds of thousands it will be worse. The Illuminati are really about to annihilate Italy. Only God can save us. For this we need your prayers. 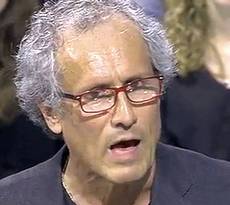 He says that there are two kind of viruses which actually circulate in Italy and throughout Europe. The first one is very dangerous. It’s the virus for which in the northern Italian regions where the health care system is close to collapse.

A few kilometers from where I live, near Milan, a field hospital will be set up in the same pavilions that hosted the Expo 2015. And, odd to say, it seems that this most aggressive variation of CV has been originated in Germany. The other one typology is far less virulent.

A few days ago, the famous biologist Robert Gallo said he doubts that CV can diffuse from the north towards the south of the Italian peninsula, since the CV seems to move principally from east to west.

I have started to think that there really are two different viruses. In some zones of the north the situation is dramatic. Probably, the worst is happening in the town of Piacenza, 70 kilometers south from Milan. I am in contact with some guys living there who are very, very worried, as if there were a war.

But in other territories, at moment, the situation seems relatively quieter. So, if Barnard’s information  is real, there are two viruses of which the most aggressive has struck the most economically advanced regions in Italy and originated from Germany. That same Germany which will spend 550 billions of euro in order to sustain its economy, while Italy will spend only 25… Thanks a lot.

Nearly 138,000 people have been tested for the virus across Italy, with around 20 percent coming back positive.These numbers will continue to rise in the coming days, although nationwide quarantine measures have been put into effect. Officials suggest the quarantines should show results in around two weeks.

The Lombardy region is the hardest hit with 1,420 deaths. This represents 66 percent of Italy’s total. A comment from Marco A- The virus didn’t lock you up and destroy the economy. The Government did that.

I still do not consider the virus a threat, I am sorry. Even if the lethality of the virus was very high, I still would not consider it a threat. Welcome to Earth, where death and disease have occurred since man first sinned.

Italy was always poor until more modern times and Italy still thrived. A peoples worth isn’t dependent on its economic status; however, if the economy of Italy fails, you can blame the politicians who locked you all up as slaves so that the economy totally shut down. The virus didn’t lock all Italians up as slaves! The virus isn’t holding you at gunpoint, your fellow man is!

The true danger is martial law. I’ve written this before, but I’ll write it again — my uncle and aunt who live near Parma cannot even go see their daughter and her newborn child in Bologna. IF they do, they will be thrown in prison for months. The justification given is that they would be potentially endangering others. But limiting the freedom of innocent people is causing harm.

Consider this situation –you have a child or loved one somewhere in the country and they desperately need you. You cannot go to them because the evil government prevents you!

This is an atrocious form of tyranny and reminds me of Communist persecutions of times past. Again, I am not afraid of a virus. I am concerned instead of a communist style world revolution with the virus used as an excuse for total control and persecution which we haven’t seen since Soviet times.

If we allow ourselves to become slaves in our own countries, we are setting ourselves up for disaster. I wonder if the Masonic lodges in Italy are also on lockdown.