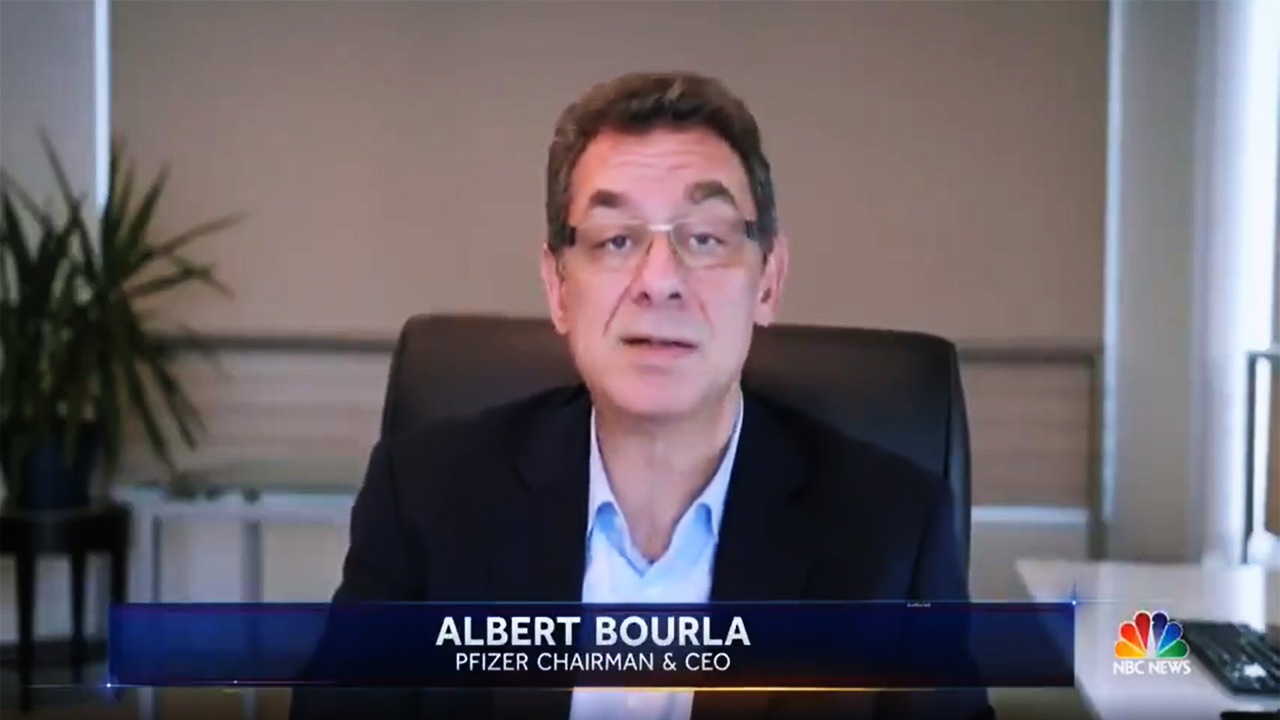 I’m sure you must have watched the weird Albert Bourla interview in which his neck made strange movements. If not here it is:

In the above video, the CEO of Pfizer Albert Bourla was asked about the fast rollout and approval of the injection.  At the forty-second mark of the clip, Mr. Bourla’s neck begins to roll up and down as if something is inside his throat contorting it. Very strange…

I can only recall seeing such an unusual anomaly one other time in my life.  About three years ago I was participating in a deliverance session, praying for a woman who was oppressed by multiple demons. Because of the unconfessed sin in her life, she was not fully delivered. At one point a demon began moving up and down in her throat and could not be expelled through her mouth. These wave-like motions were very similar to the bizarre manifestation in Mr. Bourla’s throat.

Considering Big Pharma is based on lies, one could conclude a demon of lying would be a prevalent spirit in the industry.  For those with spiritual discernment, it’s quite obvious pharmakeia, sorcery and black magick are the demonic forces behind the injection agenda.

Watch this ‘Chip in Pills’ talk from Albert Bourla:

He talks like it’s completely normal for people to take pills with chips inside them without any remorse. People who have completely submitted to demons are without any guilt. No crime is too big for him. He has surrendered his soul.

In order to understand the sorcery of the pharmaceutical industrial complex an explanation of who demons are is in order. Demons are the disembodied spirits of the Nephilim, who were the hybrid giants killed in the flood. These abominations were the result of dark angels taking on human form and procreating with women. The result was a half-human, half-angel giant who wreaked havoc on the earth.

Nephilim are eternal beings. Although their mortal bodies died in the flood, the disembodied spirits exist today as fierce, terrestrial spirits known as demons, whose purpose is to torment and destroy.

Unlike angels, demons don’t possess a body, and therefore have an insatiable desire to inhabit a human. For example, a demon of lying cannot effectively tempt a man to lie unless he has access to his mind and vocal cords.

This brings us to the ongoing relationship between demons and big pharma. I believe a blood pact between certain researchers, scientists, and demons has been in place for decades.  In exchange for the forbidden knowledge of man’s atomic construct, they’ve agreed to be possessed as a conduit of demonic revelation. In other words, the demons agree to disclose the secrets of pharmakeia in exchange for the souls of men.

Alchemy is the ancient occultic science and black magic art of unifying matter and spirit. On a physical level, the process of burning off lead impurities transforms the matter of lead into gold via the legendary philosopher’s stone. Kabbalists believe Jacob’s Ladder to be a powerful alchemical vision, revealing super consciousness as Jacob laid his head upon the stone. This is the genesis of the philosopher’s stone.

Alchemy’s symbols include the signs of the zodiac, twin-coiled serpents, and the Freemasonic bronze pillars of Jachin and Boaz. Strategically positioned at the entrance of every Masonic temple, Jachin on the right signifies unity and wholeness while Boaz on the left points to the world of creation. These pillars are satanic portals to Saturn.

The occultic mystery of Gnosis/knowing is revealed in the spiritual ambition of every human to escape Samsara or the cycles of reincarnation. This spiritual journey begins with the discovery of the eye of the storm. Contained within that storm is the point. This is the highest symbol in Freemasonry. The Mandala encompasses the point. And Sanskrit represents the circle, symbolizing wholeness and the cycle of life.

May Yahweh make His face shine on you