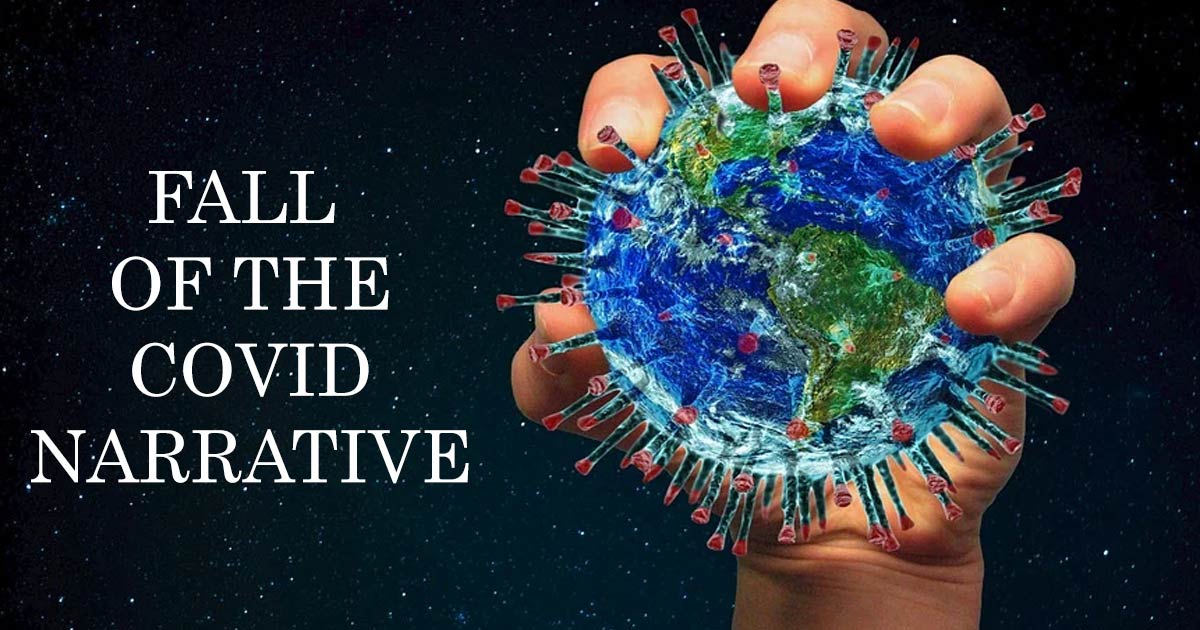 At the moment many in the truth movement are already demanding Nuremberg Trials for the corrupt politicians, Media officials, and sell-out doctors who have turned their backs on humanity. Millions have died due to Covid vaccines. But the media is not giving it an inch of coverage. And politicians are now hell-bent on getting our children.

There are riots and protests all around the world. We’re seeing new levels of police brutality and even hospital workers are supporting the genocide. Those in power think things will keep on moving smoothly and sooner or later it will be wiped out from the memories of people. Unbeknownst to them, there is a trial waiting for them which they will not escape.

Do not mistake, the Satanists who have truly planned this Covid-19 will be the ones who will put the blame on these corrupt politicians, media, and so-called doctors. It has been their agenda from day zero, never expose yourself and always take the lead in the revolution. They always operate from the shadows and will go to every extreme to fulfill their agenda.

Why Covid Narrative will fall?

The answer is simple: to usher in the One World Government. People still believe in their leaders and don’t think they can lie to them to this extent. Although approval ratings of our leaders are falling drastically. But, that alone is not enough to collapse the governments. Belief in the judicial and election system is still the cornerstone of people’s beliefs. In order to completely crush this belief system, chaos is necessary, which will ensure the dawn of a new era.

Our so-called leaders have no idea what is coming for them. They will be betrayed by the very people that placed them in that position. But along with Covid, there will be other factors that will also contribute. The coming economic crisis to bring in one world currency and the third world war that was mentioned by Albert Pike in his letter to Guiseppe Mazzini.

The collapse of our current system also becomes necessary because people have long forgotten their connection with god. We are too consumed with our daily lives. Mostly, we do not bat an eye even when our neighbor is in peril. You can figure that out as so many people have ditched their counterparts and forced them to get this evil jab.

With the fall of governments, the need for a global leader will arise. And from the ashes will rise a leader which will be worshipped all throughout the world, ‘The Antichrist’. If you still haven’t figured it out, yes it is all Biblical. It is all written in the holy word and there is not a damn thing one can do about it. It has always been a spiritual battle.

For Antichrist to rise to power all our current systems including all our leaders need to go. And Covid pandemic plays a crucial role in bringing out this new world era. This fake pandemic has to fulfill three agendas:

Klaus Schwab, executive chairman of the World economic forum has already outlined in his book ‘The Great Reset’. He clearly mentions humans need to be merged biologically, physically, and digitally. That only means you won’t be allowed to live if you don’t accept the mark of the beast.

Once the masses realize they have been deceived by their politicians and corrupt media. They won’t have the slightest idea whom to trust and it will turn into a hunger games society. That is why the Bible calls it ‘Great Tribulation. People’s hearts will fail them for what is coming upon this Earth.

But the deception will only increase. People who have lost all hope will cling to anything. Many false prophets will arise, who will try to sway people towards the Antichrist. Even if you look at the world today there are so many people that know nooks and crannies about this new world order. They will tell all the names, all the processes but not a single word about our lord and savior Jesus Christ. Beware of such people.

When people start depending on and relying on the Antichrist for their dreams and future, it’s game over. Antichrist will take the position of God and nobody will be able to question his authority. Any opposition will be mercilessly crushed. At that moment, humanity will be presented with two options: worship or perish.

Those with wisdom will understand it is all happening as mentioned in the scriptures and will happily give their lives. As for others, only hell awaits them. But there will be countless warnings before that, God will warn his people before they submit to the power of the beast.

In the end, everyone has to stand alone in front of God. And once you take the mark of the beast your name will forever be erased from the book of life.

But You Don’t Have To Go Through This

As you might have already understood, it is a battle of two gods. And you can choose only one side. It is not difficult to ascertain which is the right side. Our adversary the devil is very cunning and understands the minds of people. If you really think Covid is the biggest deception then you’re in for a big surprise.

So many people show those long faces when someone tries to explain to them that this is all a global conspiracy. These are masses who’re allowing the government to do the thinking for them and their children. Some of them might wake up when things come to shove, but why wait until things become dreadful.

Submit your life to Lord Jesus Christ. Repent for your sins and ask that you don’t have to go through all this suffering. Earth is already in labor pains right now. With so many earthquakes, wildfires, volcanoes, and floods ravaging our planet. Our Redemption draweth nigh and sooner we will be with our Lord in the rapture as we will escape all these sufferings.