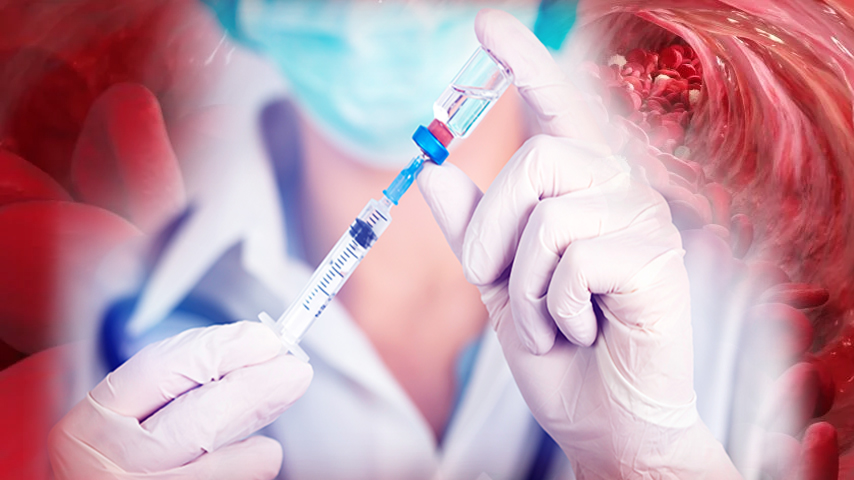 Did you know that Henry Ford had the idea of the assembly line on a dis-assembly line?… in a slaughter house where live cows were literally being transformed into spare parts.

Setting the tone to a pretty dark article, I must admit.

I had a dark “AHA” moment this week during a weekly team call organized by my good friend Steve Kirsch, whom many of you follow.

They are all about associations, connecting the dots, putting things in perspective:
A sort of synestesic process of fluttering butterfly wings entering in resonance.

That’s why free speech is so important.

That’s why reading, listening, smelling, touching and arguing are so key to human understanding. Active debates with critical thinkers are an essential crystallization process to bridge facts, concepts and anecdotes into a consistent whole that makes sense of things.

Today’s article builds on five distinct triggers I have had these past few months:

Last week, I was avidly going through the new batch of released FDA documents. Frustrated at discovering endless lists of useless codes. And hoping the Texas judge would hold the FDA in contempt of court for their obfuscation and the resistance to transparency they continue to display.

I ended up going back to these obscure distribution tables…

…and started tinkering with them, trying to make sense of it all.

At first, I thought the brain-to-body ratio of a human was higher than mice…I was wrong, it’s the same (1:40). Then went on to assess the total transfection in the bone marrow that wasn’t being presented…

How many LNPs in total in the circulatory system?

But I was still missing the Elephant in the Room, the circulatory system: In the 8 hours post-injection1, I estimated between 785 million (8h) and 3.2 billion (2h) nanoparticles are circulated at any one time throughout the bloodstream.

In 8 hours, a whopping 7,2bn nanoparticles are in a capacity to transfect away from the muscle, and inflict considerable damage to the circulatory system.

Knowing the potency of LNPs fades over time, I charted averages of concentrations and LNP numbers during the first 8 hours to obtain the following two-by-two (in log scale!)…

Where and how do nanoparticles hurt people most?

Bleeding without an apparent injury…

For the 100,000 km-long circulatory systems, the transfection of endothelial walls will mean the destruction of endothelial cells by T-cells, and possibly also damage caused by spike proteins2. The idea that transfected cells could avoid detection by the immune system is – in my view – arrogant and unrealistic. The Hong Kong study has shown T-cells penetrating deep into the heart. To my knowledge, there’s no reason to believe T-cells would leave alone transfected endothelial cells…

Endothelial cell destruction would likely cause bleeding. If the original leak from the injection site is regular enough, it would mean the LNPs would be mixed homogeneously, one or two endothelial cells every centimeter wouldn’t be visible at all, even many more in more concentrated areas would not be noticeable.

Repeated jabs, tight muscular mass, leaky blood vessels and injection close to/in either the circulatory or the lymphatic system, are all factors that would increment the vascular damage.

So what about calcification?

As we all know, especially here in Paris, limescale deposits have a tendency to occur in pipes. Evolution has had to deal with the same issue within blood vessels where deposition of calcium-phosphate can occur. Potent inhibitors (Pyrophosphate, Fetuin-A…) emerged, systemically and locally, that ensure your pipes – I mean our blood vessels – are as pristine and scale-free as your well-maintained bathtub.

As we saw in the Hong Kong study, calcification can occur quite rapidly – 2 days with an IV injection. One can only imagine the same process can occur more slowly, and possibly in a more diffuse manner with calcium-phosphate crystals circulating in the bloodstream, in ever-growing numbers. That would translate necessarily into unimaginable Gout-like symptoms… which I nevertheless found in VAERS in 2,255 instances.

What is likely to occur with these cells producing these inhibitors? Several possible avenues: circulatory-wide vaccine-induced death of smooth vascular cells interrupts the calcification inhibition of Pyrophosphate, or Fetuin-A usually produced in the liver is no longer produced because liver cells are damaged…

Be it in the heart or elsewhere, these vaccines clearly can disrupt calcification inhibitors, threatening the very lives of our loved ones, our friends and our neighbors.

Could these vaccines have aged our blood vessels 50 years in 6 months? Possibly.

We have the where: the circulatory system
We have the why: T-cell attacks on transfected cells, destroy the endothelial walls and expose elastin…
We have the white color: calcium-phosphate deposits in the blood following the destruction of calcification inhibitor-producing cells.

Mix elastin and calcium-phosphate inside a blood vessel…

The question now: Should we be giving urgently Pyrophosphate to avoid more Vaccinated ending up on the embalmer’s table?

for a well injected intramuscular

be it T-cells, and/or spike proteins, it is the circulatory system that is the most at risk with vaccines.