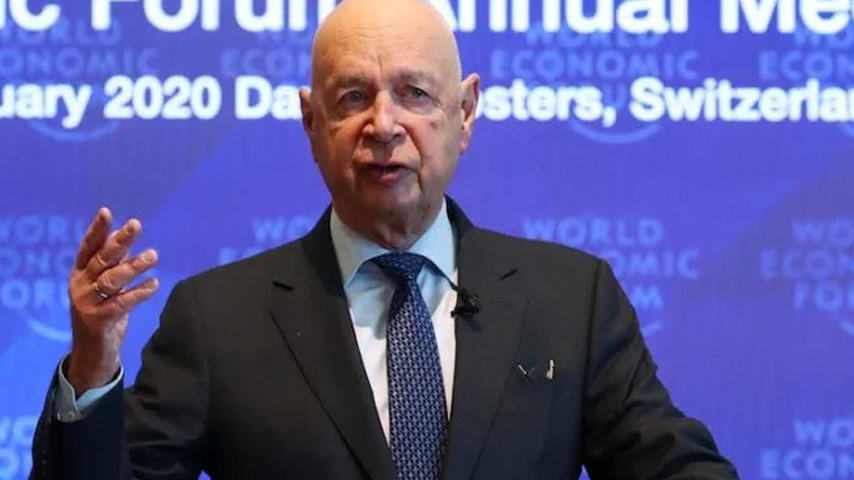 The World Economic Forum has asked mainstream media outlets and journalists to ‘cease and desist’ exposing their secret agenda and instead focus on more important issues such as ‘climate change’ and ‘online misinformation.’

Adrian Monck, managing director of the WEF, also slammed politicians who questioned the globalist body’s policy proposals, particularly in Canada, which has sparked a national debate about the WEF’s increasing control over the world since the pandemic began and the unfolding energy crisis.

“Sadly, Canada was one of those places where…there’s a vulnerability to disinformation. It’s an open society. And…that particular strand of disinformation went into the mainstream,” Monck told CBC Radio’s The House in a Saturday interview.

“You know, there are bigger issues, really, for it to be thinking about.”

“It really was something that was picked up by some state-sponsored disinformation actors and it took on a life of its own in some geographies,” Monck added.

Infowars.com reports: Monck went on to claim that the “Great Reset” term is really just a harmless talking point created during the COVID pandemic that deserves no real attention.

“The idea was that we should also try and suggest to people that they think about spending it on the kind of long-term things that would aid climate change combating, that would help jobs re-skilling and all the kinds of bigger, long-term challenges,” he told Catherine Cullen, host of CBC Radio’s The House.

“One of the things our organization tries to do is say to people, ‘Look beyond the one week, three months and think about maybe some of the longer term things you could be doing.’ That was what the great reset was aimed to do back in the summer of 2020.”

Monck then suggested that anybody who dares criticize the WEF is antisemitic.

“I admire anyone who makes the decision to devote their lives to public life,” he said. “It’s not an easy road, but I do think politicians of every single stamp need to look very hard at the language that they use and where some of this stuff comes from, and if it’s coming from a space of…disinformation and in particular antisemitism.

Of course, Monck’s argument is itself disinformation.

WEF founder Klaus Schwab himself boasted that his organization “penetrated the cabinets” of multiple governments through its Young Global Leaders program to facilitate its Great Reset policies — that fact alone is enough to dismiss Monck’s complaints.

The Great Reset is a multi-pronged initiative to deindustrialize the developed world, transform the global food system by phasing out meat in favor of insects, develop a Chinese-style social credit score system, and tightly control people’s movements, all in the name of fighting climate change and preserving “democracy.”

Canadian Prime Minister Justin Trudeau and the Netherlands have closely followed the United Nations and WEF’s Great Reset agenda, specifically its proposal to reduce nitrogen emissions by limiting fertilizer, which has resulted in massive uprisings by farmers.

Likewise, French President Emmanuel Macron declared the “end of abundance” for citizens last month amid reports that soaring energy costs brought on by WEF-linked governments in response to Ukraine would drastically reduce people’s ability to heat their homes this winter.

And remember, the country of Sri Lanka collapsed after its government forced the adoption of WEF policies reflected in its Environmental Social Governance (ESG) score, which is probably why the WEF recently deleted its article bragging of a plan to transform Sri Lanka into a utopia by 2025.

Realizing the people wising up to its Great Reset agenda, the WEF convened a summit earlier this summer to discuss how to “restore trust” from the public.

Despite the WEF’s smears calling critics “conspiracy theorists,” the Great Reset agenda can be thoroughly examined in Schwab’s own book titled, “COVID-19: The Great Reset.”