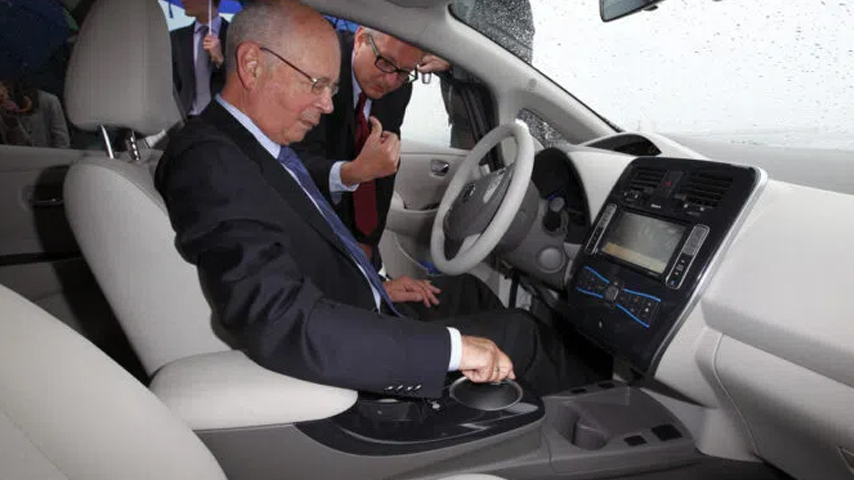 Earlier this month Klaus Schwab’s World Economic Forum ordered compliant governments around the world to increase the already sky-high price of gas. Now the WEF is claiming people have no right to own cars and must instead “walk or share.”

In a paper published by the WEF on Friday, the globalist elites claim that communal sharing of cars is part of a “circular approach” necessary to reduce global demands for precious metals and fossil fuels. Thousands of private jets fly into Davos each year for the WEF’s summit, but according to Klaus Schwab, ordinary people should not own their own car.

The global elites in Geneva, Switzerland, are now instructing their Young Global Leaders embedded in governments around the world that far too many people own private vehicles and this situation must be changed by pricing people out of the market.

Citing the fact that “the average car or van in England is driven just 4% of the time,” the WEF claims this means people in developed countries including the United States should not have the right to own their own car. People should sell their car and walk or share because “Car sharing platforms such as Getaround and BlueSG have already seized that opportunity to offer vehicles where you pay per hour used.”

The end of private ownership is essential, according to the WEF, and can be applied to everything from cars to private homes and even city-wide design principles.

“A design process that focuses on fulfilling the underlying need instead of designing for product purchasing is fundamental to this transition,” the WEF sets out. “This is the mindset needed to redesign cities to reduce private vehicles and other usages.”

Part of the “circular approach” appears to be driving already sky-high gas prices even higher.

In an article published earlier this month, the WEF issued a call to its legion of Young Global Leaders, stating the gas prices we are experiencing in 2022 are simply not high enough. As though ordinary people aren’t suffering enough pain at the gas pump, Klaus Schwab is claiming the current prices are severely “underpriced.”

The WEF article is complicated and disingenuous, but it basically calls for an end to any and all tax credits for oil, gas and coal production — along with higher taxes. This idea isn’t new. Basically, it’s the same idea as pricing fossil fuels based on their carbon content. The result would make gas an unaffordable luxury for the vast majority of the population.

First, leading democracies should agree to end the underpricing of fossil fuels, which is the principal factor preventing a clean energy transition. The underpricing associated with producing and burning coal, oil and gas amounted to $5.9 trillion in economic costs in 2020. Nearly a quarter of these losses – $1.45 trillion – occurred in 48 major and smaller democracies.

The leading democracies of the G20 should collectively commit to phasing out cost and tax breaks for the production and consumption of fossil fuels. They should also phase in more efficient pricing of fossil fuels through taxes or tradable permits to cover the costs of local air pollution, global warming, and other economic damages.

World Economic Forum: “Transitioning to green energy is key to both tackling climate change and creating sustainable economies. Here’s why”

There are three more provisions you can read about on the WEF website, all of which would massively increase the price of fossil fuels across the board. The WEF justifies this with this statement:

By delaying a clean energy transition, leading democracies are making their economies more vulnerable through continued reliance on fossil fuels. Collectively acting to foster a green transition is not only good for the climate but also critical for protecting democracy.

World Economic Forum: “Transitioning to green energy is key to both tackling climate change and creating sustainable economies. Here’s why”

This leads us to the big question. How long — weeks, days, months — before we see the Biden administration take regulatory action to comply with this WEF edict?

What are the odds on an Executive Order?