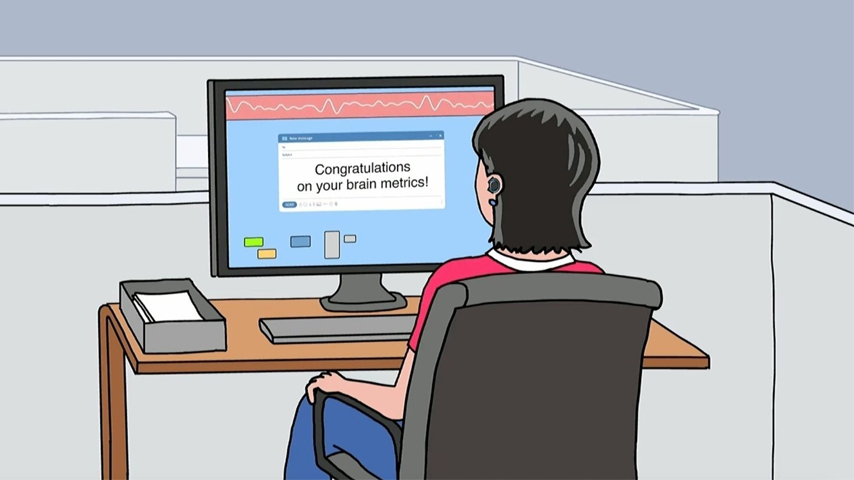 The annual World Economic Forum (WEF) gathering has always been a testing ground for some bizarre ideas, which nonetheless serve a purpose: to introduce, and if possible normalize all kinds of mass surveillance and sometimes extremely privacy-invasive technologies.

And monitoring people’s brain activity, including via implants – surely, it doesn’t get much more invasive than that.

Yet this was one of the technologies presented at an event in Davos this year by Duke University Professor Nita Farahany.

Brain implants are not new in and of themselves, as are used in medicine to treat some serious conditions. However, the kind brought up here at one point are the ones to be put into healthy people – basically to read their minds.

“Decoding complex thought,” is already possible, Farahany said during her “Ready for Brain Transparency?” talk at the WEF summit last week. And the tech now is also able to reveal the degree of stress somebody is experiencing, as well as what they are paying attention to. So, the goal is to know what/how a person is feeling, what they are thinking, and what draws their interest.

According to the professor, all the ingredients are here – all that’s needed is massive uptake, and eventually a shift from today’s devices that accomplish it – wearables – towards “implanted (brain) technology.”

Naturally, it’s all to make things more “convenient.” How about “swiping with your mind” instead of using your fingers – because that’s one of the “conveniences” mentioned at the WEF event as a tradeoff for granting full access to your person to outside actors.

The nightmarish scenario – of healthy people subjecting themselves to this – is something many of us will see within our lifetimes, the professor also predicted from the WEF stage. But why would anyone do it?

The presentation was preceded by an animated video, the goal of which was, ostensibly, to provide that answer in an easy-to-digest format.

The video is introduced as a glimpse into what a presenter literally referred to as “a wonderful future” where brainwaves will be used for wonderful things: fighting crime, being more productive, and even “finding love.”

What’s not to like about this, right? Especially if you are an employer wanting to access every aspect of your employees’ personality and even humanity, or a government with the same intent toward its citizens. The potential for abuse is enormous.

So if you happen to be on the opposing side of the drive toward this “wonderful future,” the concept might seem disturbing. Also disturbing was Farahany revealing during her presentation that some form of brain activity tracking is already very much so happening in the workplace.

To be precise, according to the professor: more than 5,000 companies around the world are at this point monitoring their employees’ brains for “fatigue levels.” Needless to say, this is happening in China, among other places. And obviously, many others share the same “values” when it comes to this type of surveillance.

Farahany explained that right now, these are consumer-side wearables with the ability to detect and interpret wave activity, what she described as “Fitbits for the brain.”

These devices are found in hats (some truckers apparently already wear them so that their bosses know how alert they are), headbands, earbuds, headphones, and the technology that powers them and relies on sensors isolating and identifying brain waves can even be embedded in small tattoos behind people’s ears.

Currently, this is what can be accessed, as per Farahany’s talk: emotional states, faces one sees in one’s mind, simple shapes and numbers – including somebody’s PIN number, meaning access to that person’s bank account.

And these devices can serve multiple purposes; earbuds that you use to, for example, access your phone or computer speakers can also be equipped with EEG sensors picking up brain waves.

But what the near future holds, according to Farahany, is this technology becoming so pervasive that it will become “the primary way” in which to interact with all other technology.

Probably reassuring nobody, she mentioned that companies like the corporate juggernaut Meta (Facebook) are involved in making this push – specifically, “making these devices universally applicable” – succeed.

Among the benefits enjoyed by employers is the possibility not only of knowing what a worker’s mind is paying attention to but also, “intervening to get their mind back on track.”

“I think in one year we will be largely where we are now but with much better form factor technology,” Farahany said.

Hijama aka “cupping”: desperate workers, students forced into vaxx mandates turn to ancient treatment to remove the injections after administration