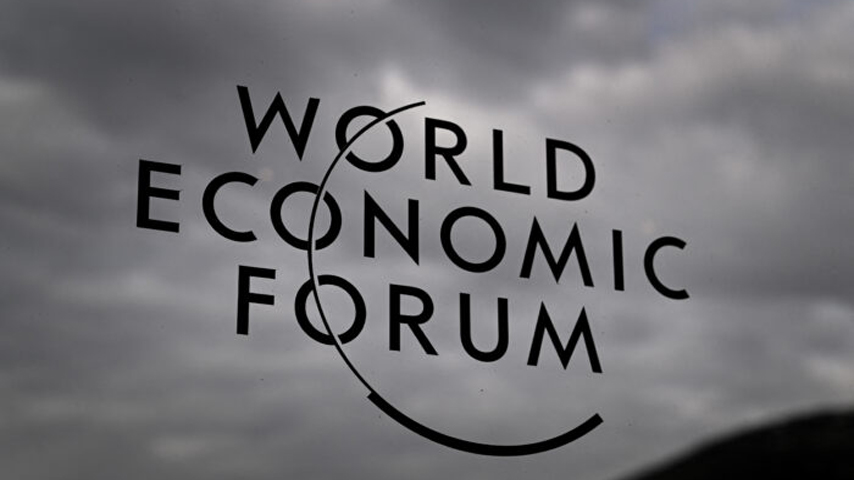 A sign of the World Economic Forum (WEF) is seen at the Congress centre during its annual meeting in Davos on May 23, 2022. (Fabrice Coffrini/AFP via Getty Images)

The era of cars as the ultimate tool for personal freedom and mobility will, if the future the World Economic Forum (WEF) envisions comes to pass, soon be over. Cars will be something you ask to borrow and the cloud will be taking the wheel.

Speaking in Davos, Qualcomm CEO Cristiano Amon said, “the car is becoming a connected computer on wheels.” Like cell phones, he said, “everything around us is becoming connected intelligence.”

Increasingly, car makers are partnering with tech companies like Qualcomm and IBM.

Tech visionaries say that computerized cars will be integrated into the cloud, where they can be monitored and controlled by a centralized network that can prevent collisions, alert you about road conditions and manage traffic.

While much of this technology already exists via cell phones, and some cars already track your gaze to alert you when your eyes stray from the road, the next step is linking the car’s systems together with manufacturers and other vehicles, and allowing for continuous third party tracking.

These developments are moving in lockstep with efforts to compel consumers to buy electric vehicles (EVs), including laws in California, Washington, and many European countries to ban the sale of gas-fueled cars by 2035 or sooner. Many carmakers, like GM and Volkswagen, have stated that their entire fleets will soon be electric.

An October McKinsey study identified four trends in automotive tech, which they call ACES: autonomous driving, connectivity, electrification, and shared mobility. Regarding connectivity, the report states: “Intelligent communication within and outside of the car is a key enabler for autonomous technologies.”

Regarding shared mobility, it states that the “ownership model of cars is evolving to renting and sharing as customer preferences shift.” Cloud technology is already a feature of many electric cars, including mapping, road conditions, weather, the location of charging stations, and ideal routes for charging their cars during long-distance drives.

However, among the realities that undermine the “green” EV narrative is that the minerals required to make batteries are mined under highly pollutive and environmentally devastating conditions, then refined and manufactured primarily in China, often using coal power. In addition to the environmental impact of producing EVs, some industry experts also question whether enough minerals can be mined and processed to meet the expected demand.

The WEF has suggested a simple solution for this: don’t buy a car. In a report titled “3 circular economy approaches to reduce demand for critical metals,” the WEF report states that the average car in the U.K. is driven only 4 percent of a given day, and therefore consumers should not buy cars but rather borrow them.

“Car sharing platforms such as Getaround and BlueSG have already seized that opportunity to offer vehicles where you pay per hour used,” the WEF report states. “To enable a broader transition from ownership to usership, the way we design things and systems need to change too.” These changes include phone app keys that allow multiple users and personal profiles that can distinguish between use for work and for leisure.

“A design process that focuses on fulfilling the underlying need instead of designing for product purchasing is fundamental to this transition,” the WEF report states. “This is the mindset needed to redesign cities to reduce private vehicles.”

The WEF prides itself on being the biggest global advocate for public-private cooperation, and governments in the U.S. and Europe are doing their part to advance external control of cars.

Carmakers will be forced by President Joe Biden’s 2021 Infrastructure Act to install new features on cars in the coming years, including breathalyzers, speed limiters, vision and voice trackers and “kill switches” that automatically shut the vehicle off.

Arguably, these features can reduce injuries; however, they also involve new surveillance technology that will monitor peoples’ behavior and make decisions for them. There are also concerns that building in controls that are not in the hands of the driver leaves consumers vulnerable to dangerous computer hacks.

Like your smartphone today, the car of the future is going to know quite a lot about you. And as the WEF famously stated, “you will own nothing and be happy.”