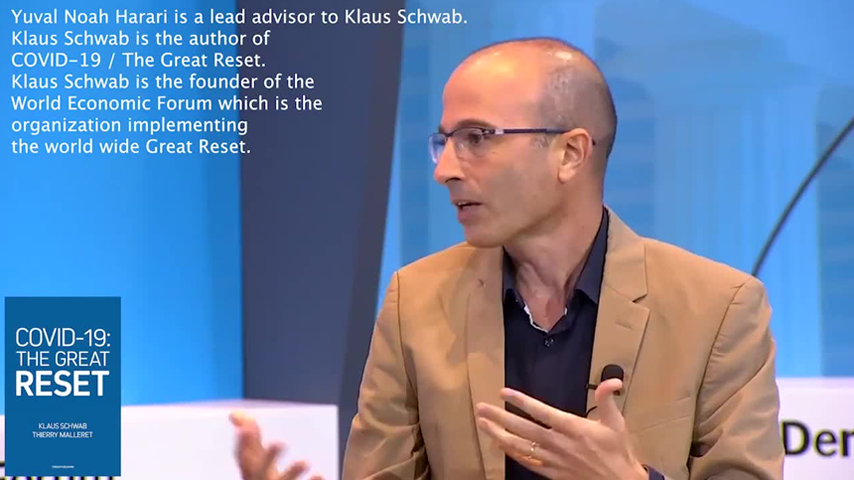 There have been numerous theories circulating around the COVID-19 agenda and the true purpose behind it is. While numerous governments promote the COVID-19 drug, science and data have shown it to do very little at protecting people. Still, that hasn’t remotely stopped the Biden administration from not only promoting it but pushing it on the general public. Although people debate and theorize, over at the World Economic Forum, key members like Yuval Noah Harari detailed the entire process of COVID-19 and merging people and machines as one.

Being the lead advisor to billionaire and WEF founder Klaus Schwab, Harari explained, “I think maybe in a couple of decades when people look back, the thing that they will remember from the COVID crisis is this is the moment when everything went digital. And if this is the moment when everything became monitored, we agreed to be surveyed all the time, not just in authoritarian machines, but even in democracies. And maybe most importantly, all this was the moment when surveillance started going under the skin. Because really, we haven’t seen anything yet.”

In the video above, Harari added,  “I think the big process that’s happening right now in the world is hacking human beings. The ability to hack humans, to understand deeply what’s happening within you, what makes you what, what makes you go. And for that, the most important data is not what you read, who you meet and what you buy, it’s what’s happening inside your body. So we had these two big revolutions, the computer science revolution, the Infotech revolution, and the revolution in the biological sciences. And they’re still separate, but they are about to merge, they are merging around, I would say, the biometric sensor, it’s the thing. It’s the gadget. It’s the technology that converts biological data into digital data that can be analyzed by computers.”

Again, this isn’t a leaked tape or hidden knowledge. Many of the WEF members believe and promote this agenda. Harari also said, “Having the ability to really monitor people under the skin, this is the biggest game-changer of all. Because this is the key for getting to know people better than they know themselves.”

But rest assured, the advisor admitted that all these steps are for the betterment of the future, where “starlings of the 21st century, they could be watching the minds and the brains of all the population all the time”. He concluded, “COVID is important, because COVID legitimizes some of the crucial steps, even in democratic countries.”

Users online weren’t sold on the idea, saying things like, “He’s getting excited over what normal people call a ‘dystopia.’ And no one on the panel calls him out! What a joke.”

One person commented, “Yuval Harari? Is he a psychopath? Is he an idiot? I don’t know. But he is certainly a case study. And so are his sponsors.”

Another said, “He is too dangerous, let’s do all his experiments on him and his boss Klaus.”

Video: Everything about the upcoming Covid Vaccine from the Doctor’s Mouth