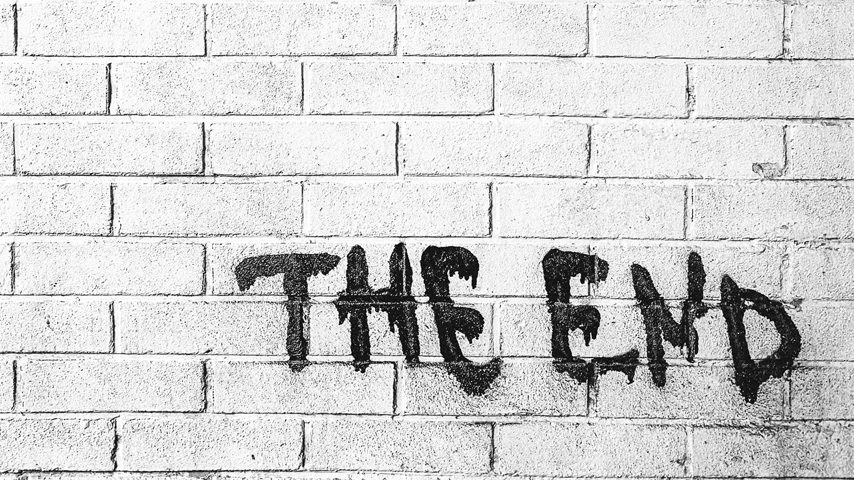 The scoffers may be laughing, but the clock is still ticking

I remember more than 10 years ago when a radio host and pastor named Harold Camping got a lot of national attention for saying the Rapture would happen on May 21, 2011. He said it would occur “beyond the shadow of a doubt.”

It didn’t. The world laughed at him and shrugged him off. (It didn’t help that he had previously predicted the Rapture would happen back in 1994.)

In the children’s story, Chicken Little got everyone in the barnyard all ramped up about the sky falling, but it never fell.

The boy who cried “Wolf!” for so long gradually lost the attention of the people who needed to hear his message.

So is the end of the world really near or are we just singing the same old song about the end times?

If you’re like me, and you feel a compulsion to tell people about the Rapture or the end times—or even if you just want to tell them about Jesus—you’ve probably been asked that question or at least a similar one: Haven’t generations of Christians been warning about the end times for decades?

I wrote about this reality a few weeks ago. As I said back then, every generation interprets Bible prophecy in light of its own experience. They look at the headlines of the day and compare those events to what the Bible says. Individuals within nearly every generation in recent history have been convinced they would see the Rapture and the return of Christ within their lifetimes, and obviously, that didn’t happen. They were wrong.

We have heard a lot of these predictions before, but time keeps marching on. That brings us to today when the signs seem to be converging. They are happening more rapidly, closer and closer to one another.

Because you are a subscriber to this site, I know you see the same signs and feel the same way. All of us are hopeful that it could happen very soon.

But why should our generation be any different than generations in the past?

That’s a legitimate question. In fact, I often had to respond to that question back in the days of Harold Camping’s prediction. Here’s what I wrote in the first pages of Signs of the Times, a book I wrote back in 2011:

The Bible gives us certain signs of the times we’re told to be looking for—clear indications that will alert us to Christ’s soon return. And here’s what I find so fascinating: There are more of those signs in closer proximity to one another than I have ever seen before.

If those warning signals mean anything—and I believe they do— we may be very, very close to the return of Jesus Christ.

The signs I saw back then, happening in close proximity to each other? They are even more prevalent today. It’s astounding.

Now, that doesn’t mean I’m setting dates or predicting that it will happen in a certain month or even a certain year. I know Jimmy Evans doesn’t like to do that and neither do I. Setting specific dates for end-times events is a great way for a pastor or Bible teacher to lose credibility because only God keeps that calendar. We are not God, so we believe the wisest approach is to point to Scripture and point to the signs and leave the rest in God’s hands.

Later Than Ever Before

But I’m reminded of a story I love to tell.

A little boy was at his grandmother’s house. She had a big, grandfather clock in the front room. You could hear it ticking from almost every room in the house, but every hour the clock would chime on the hour. The boy loved the deep, repetitive bong of the clock chime, especially around lunchtime when it would sound twelve times in a row.

One day, as his stomach was starting to rumble and he knew lunch was near, the boy ran to the front room to listen to the clock chime.

It chimed the 11th time.

It chimed the 12th time, and the boy was about to head into the kitchen to see what his grandmother had made him for lunch.

But then it chimed again.

The boy didn’t know that something had gone wrong with the mechanisms of the clock. The old clock had malfunctioned, and it went on chiming far too many times.

Stunned, the boy ran to his grandmother, yelling as she made lunch in the kitchen. “Grandma! Grandma!” he exclaimed as he slid into the counter across the tile floor. “It’s later than it has ever been before!”

It’s Time to Be Ready

That’s a cute story. But there’s a nugget of truth in it. It is later than it has ever been before. Quite literally, we are nearer the world’s final days than we have ever been in human history. (You might even say our world is malfunctioning, just like that clock.)

People in the 19th century were alert to the biblical signs playing out in their society.

People in the 20th century—across two world wars, the reestablishment of Israel, and then the Cold War—also thought the end was near.

Today we are nearer to the Rapture than they were. We are absolutely correct in saying the time is drawing near. Our world has never been as close to the Rapture as it is today.

Maybe our neighbors think they have “heard it all before.” That shouldn’t surprise us because the Bible predicts this:

Most importantly, I want to remind you that in the last days scoffers will come, mocking the truth and following their own desires. 4 They will say, “What happened to the promise that Jesus is coming again? From before the times of our ancestors, everything has remained the same since the world was first created.”—2 Peter 3:3-4, NLT

For those of us who are paying attention, the evidence keeps mounting. It is escalating in intensity. Wars and rumors of wars. False teachings. Apostasy. Earthquakes and famine. A global pandemic. The decline of cash. And the miracle of Israel and the world’s constant focus on her.

The truth is that Jesus Christ is coming back again. This is clearly taught in Scripture, and you and I both know that we are nearer to that world-changing event than we have ever been.

When people ask what makes us so special, why we should expect Jesus to return when every generation seems to have that expectation, then remind them of this: In Luke 12:40, Jesus said, “be ready all the time, for the Son of Man will come when least expected” (NLT).

Wicked Deception & The Unveiling Of The Antichrist

Are Your Friends and Family Mocking You for Building an “Ark” in Preparation for What is Coming?