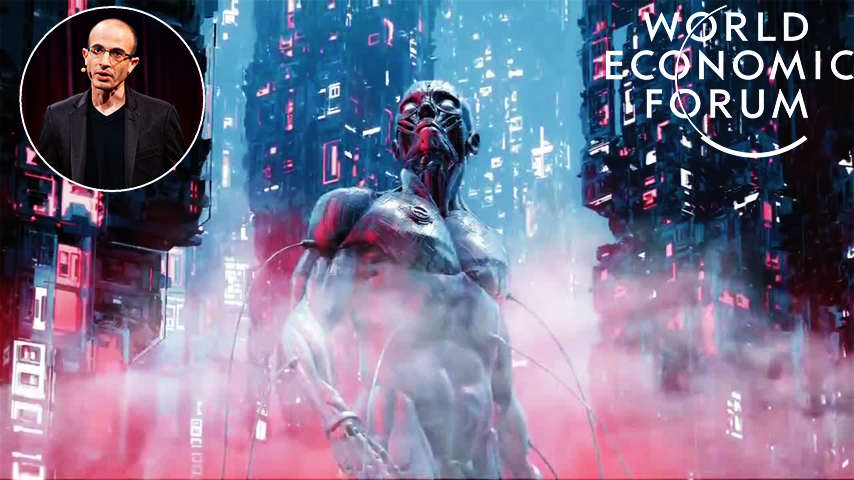 The World Economic Forum, founded by Klaus Schwab, has started to make headlines as Prime Minister Justin Trudeau has invoked the “Emergencies Act” against the Freedom Convoy. While Trudeau and the media try to portray the protesters as violent and aggressive, the videos coming out of Canada show the exact opposite. And with Trudeau moving to seize the bank accounts of the protesters, it appears that his current agenda was once theorized at the World Economic Forum.

In 2018, before COVID-19 mandates, vaccine passports, and government overreach, Yuval Noah Harari spoke about the power behind human data and how humanity being contained to its human form may soon be a thing of the past. While sounding like something out of a science fiction novel, in the video below, Harari detailed how technology will soon be able to understand a person better than they do themselves. He noted, “imagine the situation in 10-20 years when an algorithm can tell any teenager exactly where he or she is on the gay-straight spectrum.”

Harari went on to add, “once we have algorithms that can understand me better than I understand myself they could predict my desires manipulate my emotions & even take decisions on my behalf. & if we are not careful, the outcome might be, the rise of digital dictatorships.”

Just a small clip of his whole speech, Harari gave a dire warning of the future, admitting the “control of data might enable human elites to do something even more radical than just build digital dictatorships. By hacking organisms, elite’s may gain the power to re-engineer the future of life itself.”

Why Vaccinated People Are Lucky to be Alive