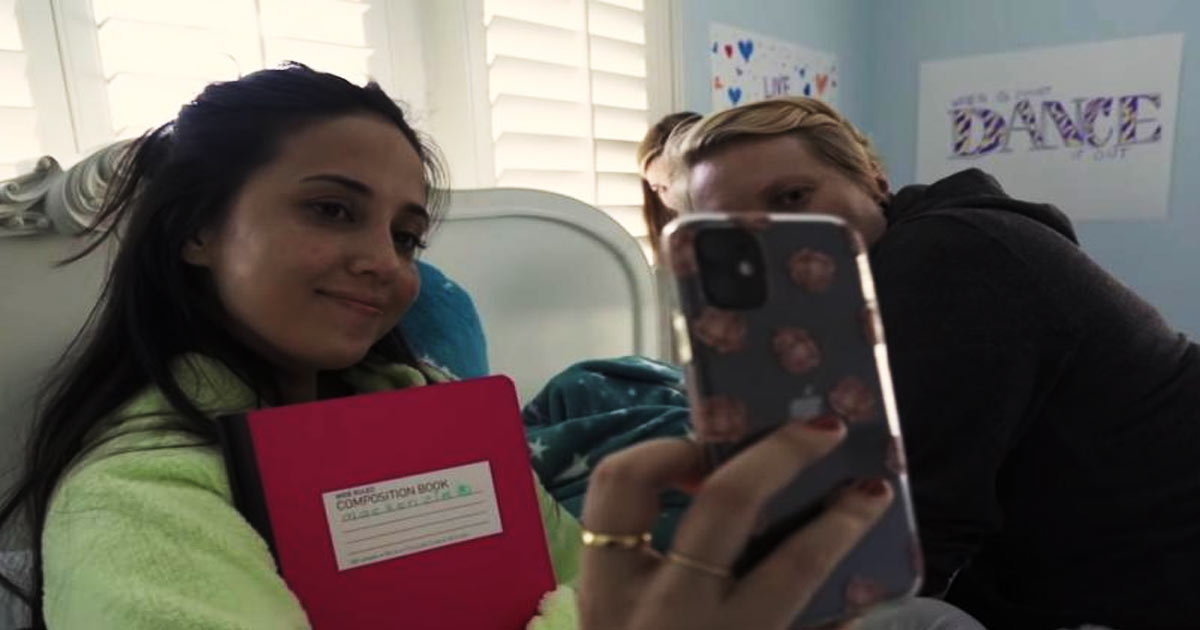 February 28, 2020 (LifeSiteNews) — A disturbing video shows how a woman posing as an 11-year-old and a 15-year-old on social media was contacted and pressured by sexual predators minutes after her fake profiles went live. The video was released by Bark, a company offering products to protect children online.

The conversations between the online personas and the sexual predators “ranged in severity from making sexual comments to sharing and requesting explicit videos,” Roo Powell, who posed as the girls on social media, explained. In real life, Powell leads the Special Projects Team at Bark.


In the 10-minute video, Powell recounts how the team first took photos of her wearing clothes and posing as a teenager would. Then, photo manipulation made Powell, who is 37, look two decades younger.

Finally, the social media accounts were set up and filled with content appearing to be created by a 15-year-old girl, Libby.

“We even created virtual friends for Libby, who would comment on her posts,” Powell said.

Within an hour, Libby was contacted by seven adult men. After nine days, “that number was 92.” While Powell narrates her story, the screen shows horrifying comments made by sexual predators.

“You have a perfect body,” one message read. “What bra size are you?”

Frequently, explicit words are blurred. “I’m wondering how that *** would look bouncing on my ***.”

According to Powell, it took five team members simply to keep up with all the messages.

After that experience, the team at Bark decided to create social media profiles for an 11-year-old, Bailey, using the same techniques already in place for Libby. Behind that was the question, “Where is the bar? Would a 13-year-old face the same barrage of predators? A 12-year-old? How young could it possibly go?”

The video shows Powell and her team waiting for the first response to the new persona.

It took less than half a minute for Bailey to get her first like, “from a guy whose profile photo is a penis.”

In less than five minutes, Bailey received a video call from a stranger, who creepily said, “Don’t be shy.”

“Now what a boy and a girl really like together is if I put my *** in between your legs and push it inside of you. That is called sex,” another message read.

The 15-year-old persona of Libby in particular also received requests to meet in person. Backed up by law enforcement, Powell met one sexual predator in a hotel lobby.

The video shows how he pushed Libby to sleep with him. “Stop trying to dodge it, let’s go upstairs,” the man said.

Bark, the company Powell works for, was founded in 2015. Its goal is to monitor online activities for potential issues like “sexual predators, adult content, depression,” the website claims.

Some of the social media platforms monitored, including TikTok, Instagram, and Twitter, have long been a cause of worry to parents.

The National Center on Sexual Exploitation brought forward serious concerns with an Instagram executive in December 2019. “According to survivor testimony, sex traffickers and child predators appear to be increasingly using Instagram to identify, groom, and exploit children,” the organization reported.

Additionally, private accounts of minors were still able to receive “unsolicited direct messages from strangers, which has led to several instances of sex trafficking and child sexual abuse.”

“There are countless comments by predatory adults on the photos of minors, where they leave sexually graphic comments, sexualize children, or solicit sex from children,” the center added.

Both Twitter and TikTok are on this year’s Dirty Dozen List “to name and shame the mainstream players in America that perpetuate sexual exploitation.”