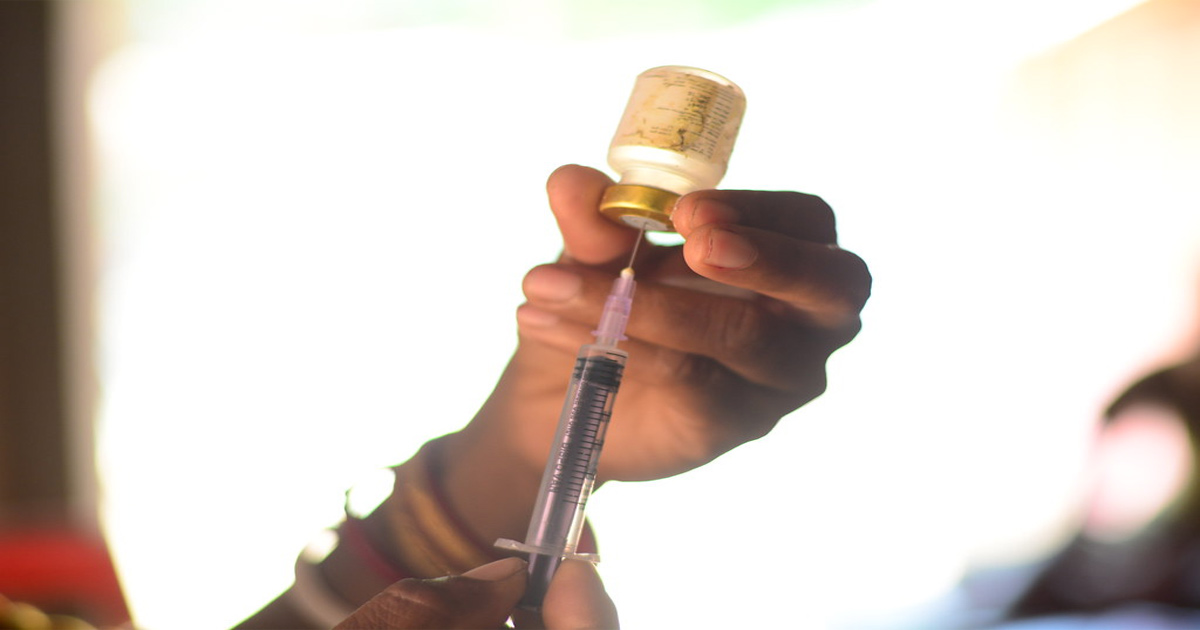 If there’s one country that knows firsthand the harm these experimental jabs bring, it’s India.

India already has a tragic history with vaccines linked to creepy Bill Gates:

If you've heard something about the Bill Gates gardasil vaccine controversy in India, but don't know the story, this is a good summary.https://t.co/po9DAX4e4m

Fast forward to 2021, and these experimental COVID-19 vaccine pushers are playing with lives yet again in India.

But some villagers aren’t having any of it this time.

Reports from rural Madhya Pradesh show that a team of COVID-19 jab administers were allegedly attacked in the Malikhedi village of Ujjain:

Barabanki's Sisoda village in UP: Some villagers jumped into Saryu river to avoid Covid vaccination, after medical team arrived in village.

Maybe let others who are desperate for vaccination get it instead then?

Villagers armed with sticks and swords attacked the team who came to install the corona vaccine, somehow saved their lives https://t.co/SNlSVqnXsh

Check out the full report from India TV here

The villagers made the “bizarre” claim that people were dying after receiving the experimental jab.

They asserted that the vaccine wasn’t needed since they’re healthy.

And I fully agree with them.

Healthy people have no business getting this experimental injection and it’s criminal to coerce the jab onto people who don’t want it.

Kudos to those villagers for taking a stand against these experimental jab pushers.

Unsurprisingly, the media attempted to spin this as an unjustified attack against the brave vaccination team.

And they painted the villagers as the perpetrators.

But if they would simply leave the villagers alone, then they wouldn’t have been attacked.

A group of people allegedly attacked a medical team in Malikhedi village of Ujjain when they tried to persuade the villagers to get vaccinated against COVID-19, police said on Monday.

According to the police, a team of health workers was in the village to create awareness about the COVID-19 vaccination.

Additional Superintendent of Police Akash Bhuria told reporters here that some villagers even verbally abused the members of the team and hit the husband of the medical secretary.

“Some villagers verbally abused them and hit the husband of Assistant Secretary on the head. An FIR has been lodged in connection with the incident against four persons while two persons have been arrested,” Bhuria told reporters.

Bhuria said the medical team had visited the village earlier too to persuade the villagers who were not ready for vaccination.

“A case has been registered under relevant provisions. Efforts are on to identify other persons involved in the incident,” the police added.

Several individuals ran from medics and jumped into the Saryu River as misinformation spread across the village that the COVID-19 vaccine was poisonous, or could lead to death, impotence or viral infection, the India Times reported.

One local farmer, Shishupal, told news outlets that he heard of people dying after receiving the coronavirus vaccine and said he did not trust the government.

“I have got this information from several of my friends who work in big cities. I am convinced as the local officials have not answered my queries. My own uncle, who worked in Delhi, died a month after having both vaccine shots. What more proof do I need,” he said, according to the India Times.

“Is there a guarantee that we will not get infected after the vaccine? There are many in the adjoining village who rushed to take the vaccine and then got infected,” he added.

In total, only 14 people across the village with a population of roughly 1,500 agreed to be inoculated on Saturday.

Vaccine hesitancy in India’s rural villages has been a widespread issue for several months. A nationwide survey taken in December found that only 44 percent of villagers said they were willing to get the jab, National Geographic reported.

Rumors and misinformation about the vaccine’s safety have become one of the biggest hurdles for health officials.

Since February, the country has been struggling with a devastating second wave of COVID-19 infections that has left hospitals overwhelmed and without adequate oxygen supplies. As COVID-19 deaths pile up, crematoriums have run out of wood to build funeral pyres and some cities have been forced to turn parks, parking lots and other public spaces into makeshift cremation sites.

According to a recent research report, nearly half of coronavirus infections in India – 48.5 percent – are now being reported from the rural areas.

Health officials have warned that those in rural villages are at increased risk of infection, as many areas lack adequate health services or facilities to properly treat individuals.

“They don’t have the facilities to cope. They don’t have hospitals, doctors, nurses. They definitely don’t have oxygen supplies. In some places there are only traditional healers and sometimes there are health workers but they have no facilities,” Dr. P Carel Joseph, director of health for the humanitarian organization World Vision India, said earlier this month.

Last week, Indian Prime Minister Narendra Modi addressed farmers during a virtual conference in an attempt to warn villagers that the virus is quickly spreading to rural areas.

Monsanto and BlackRock are buying up Ukraine