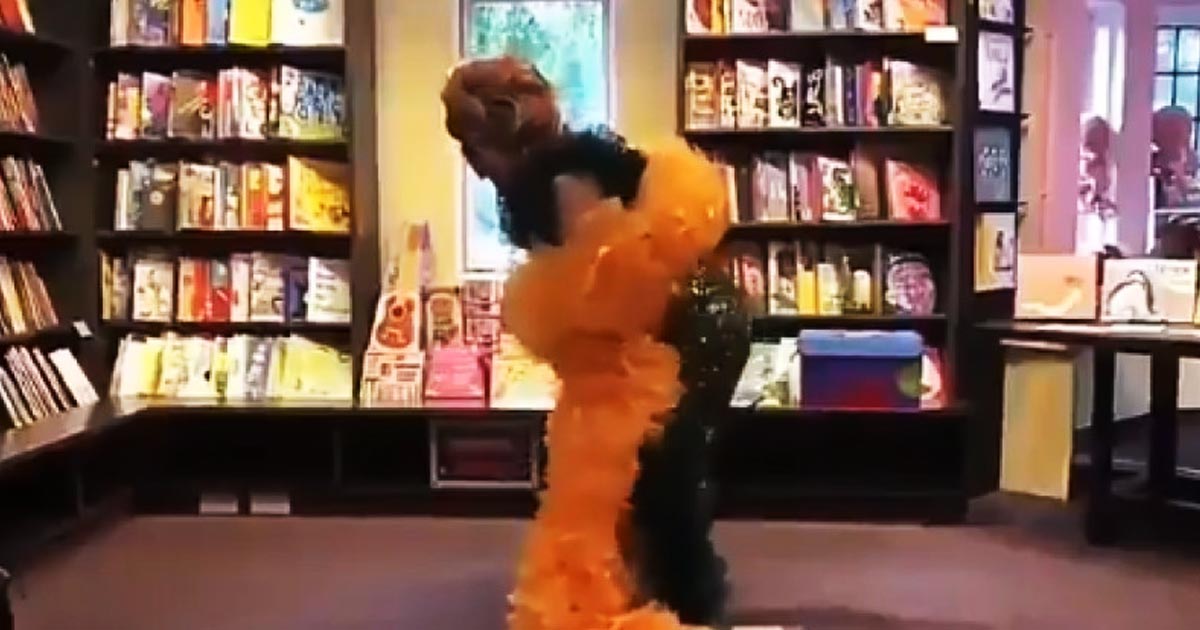 A video clip out of the UK shows a drag queen teaching toddlers how to twerk, confounding claims by leftists that drag queens aren’t inherently sexual in the nature of their performance.

The clip appears to show the drag queen at a bookstore or library. Judging from the sounds of the children who aren’t seen on camera, they’re likely to be pre-school age.

The drag queen begins talking about dances from the video game Fortnite, but then states, “Most of all Michael likes to twerk.”

“Now does anybody in this room know how to twerk?” asks the drag queen before giving a demonstration.

“All you need to do is stand with your feet shoulder width apart like so…and you crouch down into this position here so your bum’s sticking out and then you just move your bum up and down like that and that’s twerking,” he adds while demonstrating the dance.

The debate about drag queens being exposed to children has arrived at a stage where leftists claim it’s perfectly acceptable to expose them to children as part of LGBT social engineering because there is nothing sexual about their performance.

A separate video that caused controversy last week also showed a drag queen dancing suggestively in front of a little girl while adults in the room cheered and applauded.