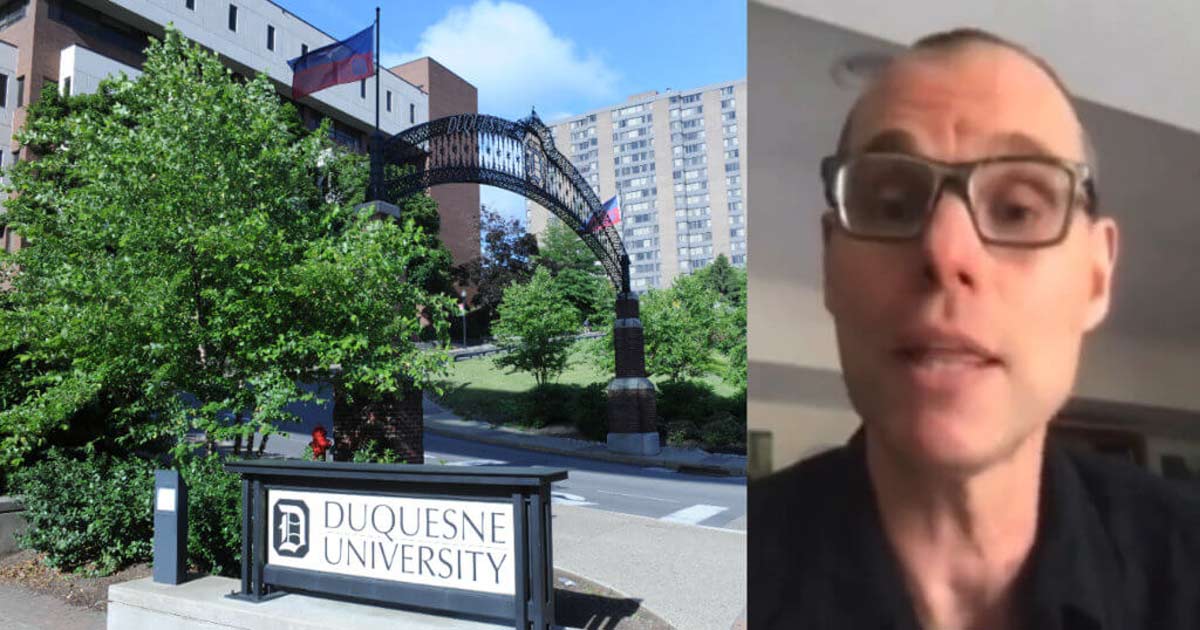 A professor employed at a Catholic university in Pennsylvania said on camera that there are merits to the claim that it’s ethical for White people to commit suicide.

“White people should commit suicide as an ethical act,” said a quote in a slide for a presentation hosted by Duquesne University psychology professor Derek Hook.

Professor of Psychology at Duquesne University Derek Hook, defends the quote “white people should commit suicide as an ethical act” as an “opportunity” to “castrate whiteness”.

This is part of an “anti-racist” discussion on “nice white therapists” held by AAPCSW. pic.twitter.com/IL839IjUCV

In the lecture, which was presented to Baltimore-based American Association for Psychoanalysis in Clinical Social Work in June, Hook quoted a South African philosophy professor, Terblanche Delport, who has written about White people committing suicide in South Africa, before further discussing the comments and arguing “there was something ethical in Delport’s statements.”

“The reality [in South Africa] is that most white people spend their whole lives only engaging black people in subservient positions …. My question is then how can a person not be racist if that’s the way they live their lives? The only way then for white people to become part of Africa is to not exist as white people anymore,” Hook says, quoting Delport on a slide in the lecture.

After reading the quotes, Hook said, “I want to suggest that psychoanalytically we could even make the argument that there was something ethical in Delport’s statements.”

Hook added that Delport may have dramatized some of his comments and noted he is a “fighter academic,” but, “nevertheless, I want to make the argument that there is some kind of ethical dimension to his, his provocations.”

The clip of the lecture has been viewed hundreds of thousands of times on Twitter, with many reactions being negative. Some critics described Delport’s and Hook’s comments as “pure evil” and “racist,”  while others questioned why a Catholic university would employ a professor with such views.

Duquesne University pushed back on the criticisms and claims, telling Fox News, that Hook “did not make a statement advocating anything like what was suggested.”

This is an excerpt from Fox News.