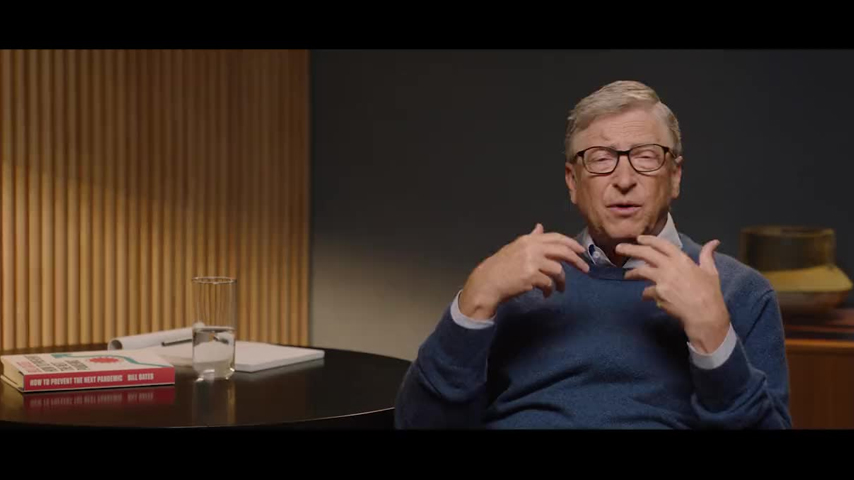 Bill Gates released another bizarre video on Friday.  This time trying to sell his GERMs to the world. According to Gates the GERM team will monitor sovereign nations and decide when they need to suspend people’s civil liberties, force them to wear masks and close borders. The global team will be made up of 3,000 disease experts under the World Health Organisation (“WHO”) and will receive around $1 billion per year in funding.  And the GERM team’s most important job is to engage in GERM games.

In Gates’ new book, ‘How to prevent the Next Pandemic’, he described the GERM team:

I call it the GERM—Global Epidemic Response and Mobilisation—team, and the job of its people should be to wake up every day asking themselves the same questions: “Is the world ready for the next outbreak? What can we do to be better prepared?” They should be fully paid, regularly drilled, and prepared to mount a coordinated response to the next threat of a pandemic. The GERM team should have the ability to declare a pandemic and work with national governments and the World Bank to raise money for the response very quickly.

You might have noticed one obvious activity that’s missing from GERM’s job description: treating patients. That’s by design.

But GERM’s response to an active outbreak is only one part of their work, Gates wrote on his blog, “the team’s most important job is helping to run outbreak response exercises that test whether the world is ready for the next major outbreak. Militaries regularly run war games to evaluate their readiness—we should do the same with disease threats.”

Promoting his new book on 1 May, Gates tweeted a video that appears to be an attempt to justify “the need” for his GERM team and GERM games.

It’s not the first time Gates has used the term “GERM games” or “germ games.” “Germ games,” according to The Science Times, are when government agencies practice scenarios of “another pandemic catastrophe.”  But, it seems, according to Gates the terms “pandemic” and “bioterrorism” are interchangeable.

In November 2021 The Hill reported that Gates had a message during his sit-down interview with Jeremy Hunt, UK chair of the Health Select Committee. Gates warned world leaders to practice “germ games” to prepare for bioterrorist attacks, “bioterrorism is imminent,” he said.  Gates said that international authorities should engage in “germ games” which would require the US and the UK to spend tens of billions on research and development (R&D) on the next pandemic. “It’ll take probably about a billion a year for a pandemic Task Force at the WHO level, which is doing the surveillance and actually doing what I call ‘germ games’ where you practice,” Gates said.

Here is the tweet of his latest creepy video attempting, once again, to peddle his GERM team idea – weirdly, using a dalmatian puppy and a fireman’s hat as props.

If we’re going to prevent the next pandemic, the world needs the infectious disease equivalent of firefighters. Also in this video: a cute puppy. pic.twitter.com/KDg2650nhe

Below is the video from Gates’ tweet on Friday, 6 May, which bears the caption: “We actually have a good model already: fire prevention. We install smoke detectors, adopt building codes, and train and equip firefighters. Now we need to do the same thing for pandemic prevention.”

In his video Gates said, while displaying images of buildings burning down: “If you really look at all the things we’ve done to minimise fire damage it’s quite impressive. Sadly, one disaster that we haven’t invested in is stopping pandemics. Making sure they don’t cause the deaths and economic damage we faced with Covid.”

“To prevent pandemics, we need the equivalent of a global fire department. Just as we need smoke detectors, we need health workers around the world on the lookout for disease outbreaks,” Gates continues. “And just like we have firefighters, we need a team whose full-time job is to prevent pandemics, raising the alarm when outbreaks emerge, helping contain them and working on new tools like diagnostics, treatments and vaccines.”

Spare a thought for the puppy who most likely had to sit through several takes to make Gates’ video possible and, although there is no disclaimer saying as much, we presume no animals were harmed in the making of his video.