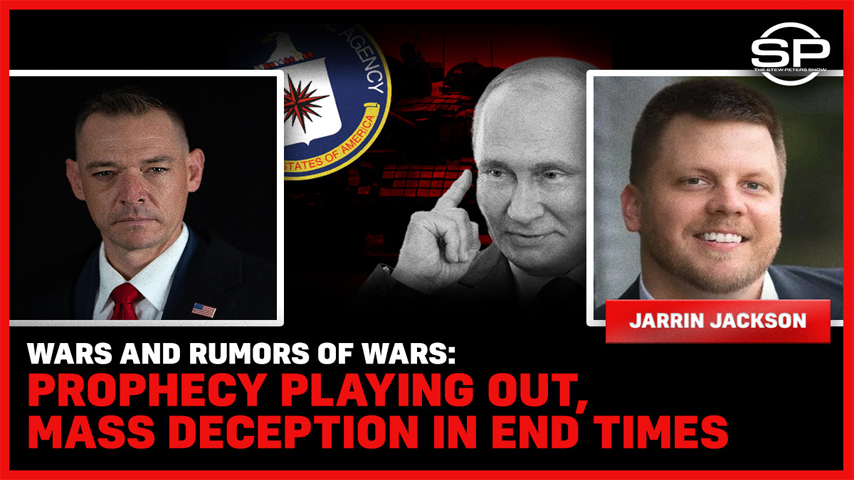 The war between Ukraine and Russia has brought many things to the attention of American citizens. However, the one thing Americans are forgetting to pay attention to is the Gospel of Jesus Christ.

On Thursday, the Stew Peters Show invited Jarrin Jackson on to expose the lies that have been told by the corrupt media who are constantly attacking Russia as they are invading Ukraine.

“One thing I frequently say is, this enemy has designed the war to invade our minds through our eyes and our ears,” Jarrin told Stew. “The competition, the battlefield is actually in the mind.”

For as long as the media has been around, they have only had lies to tell about Vladimir Putin and his leadership of Russia, which has ultimately caused a bias when we go into a war with another country.

“I’m a guy that just goes back to 1st principles instead of 1st projections,” Jarrin told Stew, “And by that I mean, it’s just real simple – from a political perspective, any American military involvement should be engaged and initiated by the Constitution, Article 1 Section 8 Clause 11, Congress has the power to declare war. We haven’t declared war in this country since 1942; so everything since then has been a political, phycological, type of shaping operation.”

It’s so true too. If we look at every war that we’ve had since WW2, it is apparent that we have not fought in a real war. This is just another money plot from the Deep State to tax the poor and make them richer.

“I mean there’s truth out there, but the one rock of truth is the Gospel,” Stew told Jarrin. “We can always count on the Gospel, the Word of God being absolute truth.”

It is important to turn to the Bible during worldwide conflicts like these. We must stay true to what God is showing us, and it is never what the world has to offer.