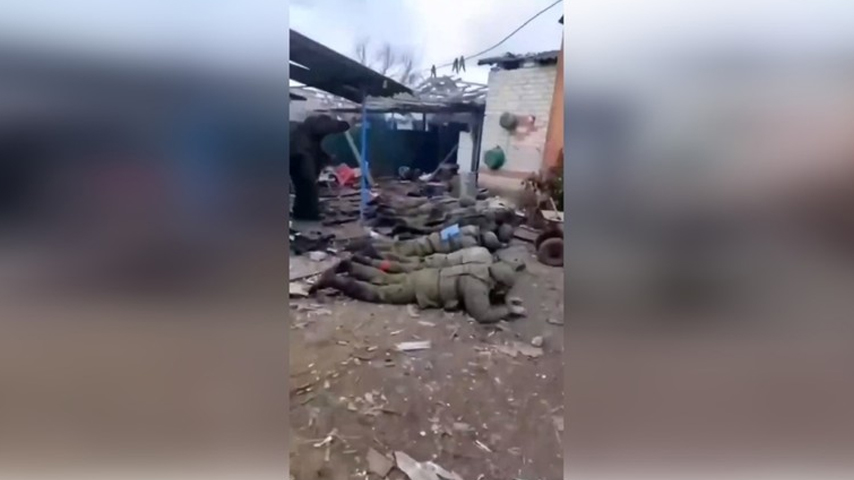 A screenshot from a video purportedly showing Russian soldiers surrendering to the Ukrainian forces. ©  Telegram

The New York Times says it has verified the authenticity of videos that surfaced online last week, showing the execution of captive Russian soldiers by Ukrainian troops. The men “appear to have been shot dead at close range,” according to the newspaper.

The events shown in the clips occurred in the village of Makeyevka in the People’s Republic of Lugansk, earlier this month, the newspaper reported on Sunday.

“The videos… whose authenticity has been verified by The New York Times, offer a rare look into one gruesome moment among many in the war, but do not show how or why the Russian soldiers were killed,” the NYT wrote, adding that what actually happened to the soldiers remains “a mystery.”

However, the outlet noted that judging by the footage, “at least 11 Russians… appear to have been shot dead at close range after one of their fellow fighters suddenly opened fire on Ukrainian soldiers standing nearby.”

The NYT also cited Dr. Rohini Haar, medical adviser at Physicians for Human Rights, who said that “killing or wounding a combatant, who, having laid down his arms or having no longer means of defense, has surrendered at discretion” is a violation of the laws of international armed conflict.

“It looks like most of them were shot in the head,” Haar said of the Russian soldiers in the clips. “There are pools of blood. That indicates that they were just left there dead. There appears to have been no effort to pick them up or help them.”

In one of the videos, which appeared on social media, the Russian servicemen were shown surrendering to Kiev troops and lying down on the ground, before a second clip showed their bodies lying motionless in pools of blood. Another video with no sound, which is also believed to have been made at the scene, purportedly showed a Russian soldier emerging from a building and shooting at the Ukrainians.

Russia has described the clips as proof of the “deliberate and methodical murder” of its soldiers by Ukraine. The UN has urged an investigation into the videos, with Kiev promising to carry out a probe.