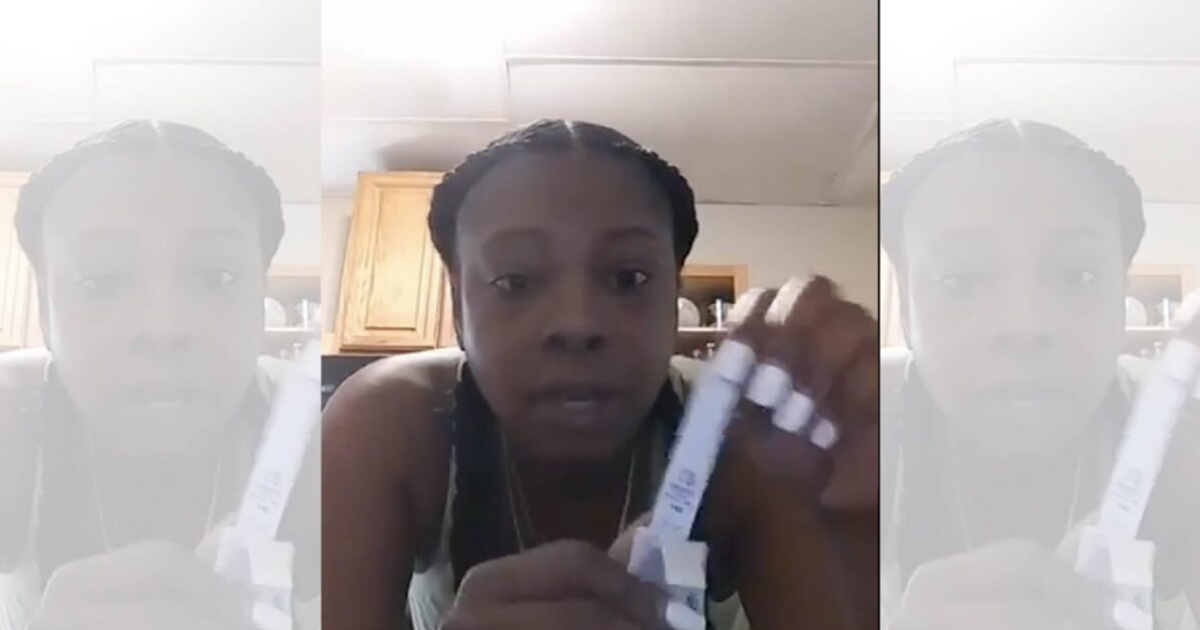 There’s a viral video that started on TokTok of a woman cutting open a Victoria’s Secret “Pink” bra strap, and finding a “device” inside.

But it’s not just one bra, it’s lots and lots of bras…and women everywhere are now paranoid that they’re being “tracked.”

I saw the video and it did seem odd – why on earth would any manufacturer need to sew a “chip-looking” device into a bra?

As you can imagine, the conspiracy theories were off the charts.

You can watch this video below:

Bras from Pink have tracking devices in the tags to aid traffickers. pic.twitter.com/YAtp5GHUv4

Here’s what people were saying about the “device.”

“weird that the company founded by the guy who picked Jeffrey Epstein (entirely without public credentials) to be his money manager/power of atty would do this?”

“As I understand it RFID is now linked to the latest BT low energy mesh protocol. It is network independent and transmits over longer distances…ie devices interconnect without using internet IP and without our knowledge or approval. Yes, these are tracking devices at the very least.”

“It shows them there are opportunities to grab a female child when they are in areas with fewer people around. It could also track location history and learn the daily routine of the ones tracked.”

“Seems like it also could to used to find abducted girls”

But the AP claims to have cracked the case. They say it’s not a “tracking device,” but it’s actually used for inventory.

CLAIM: Video shows Victoria’s Secret clothing tags have a chip in them that tracks buyers after they purchase a product.

AP’S ASSESSMENT: False. The tiny barcode-like tag highlighted in the video is actually an ultra high frequency device used to track inventory in the store, said Justin Patton, director of a radio- frequency identification — RFID — lab at Auburn University. The passive UHF RFID technology has been used for more than a decade to track inventory in retail stores, but it isn’t functional outside the range of in-store RFID readers.

Patton, a researcher who studies RFID technology chimed in further on the controversy and explained that the actual purpose for the tag is far more benign.

“That is a passive UHF RFID tag,” Patton said. “They are commonly used in retail for counting inventory. However, most UHF tags have no use after purchase, and can be removed after purchase.”

Retail stores including Victoria’s Secret, Walmart, Target, Nike, and others have used RFID tags for years to speed up inventory management.

Instead of having to scan each item’s barcode individually, stores use RFID readers to pick up radio waves from the tags at a speed of around 400 tags per second, Patton said.

That said, the technology has a limited range — readers can only pick up RFID information if they are within about 15 feet from the RFID tag. Since the tags have no batteries, they only function when being scanned by a reader.

RFID tags also don’t work well near water or metal, so they wouldn’t function well if in contact with a human body, according to Patton.

“I can’t think of how anyone could use those maliciously,” he said.

Not sure if that will ease people’s minds or not, but that’s what the “experts” are saying.

EU Declares Energy Crisis ‘Emergency’, The US Will Not Be Immune