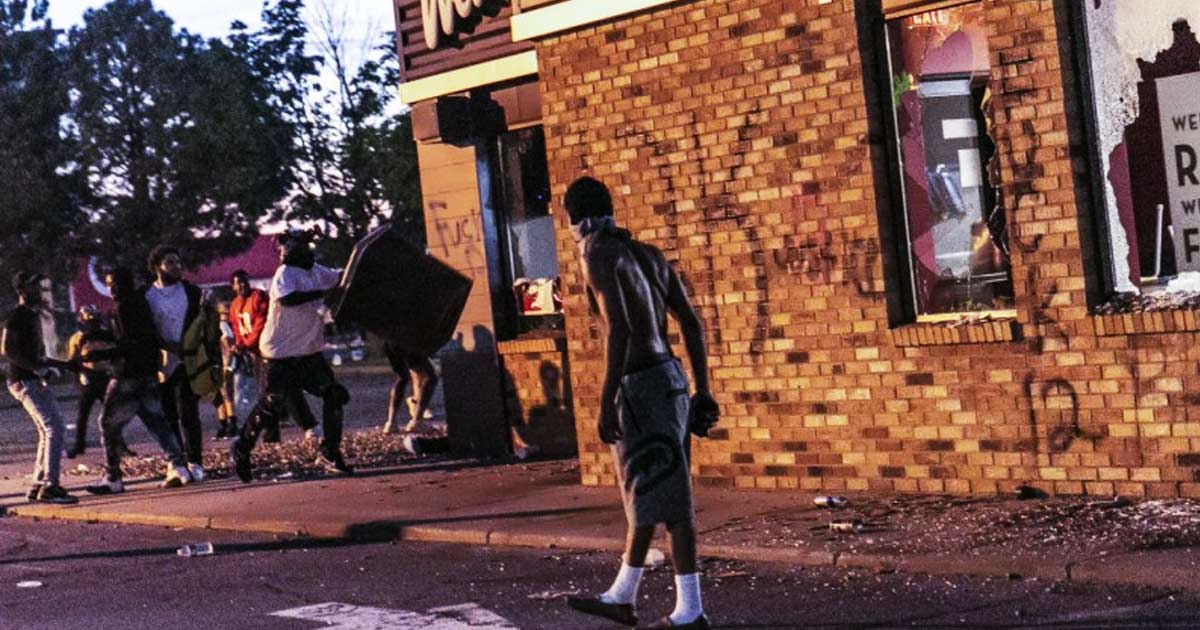 A video uploaded to Twitter from the scene of the riots in Minneapolis last night captures the audio of someone demanding the rioters “shoot the white folks.”

Minneapolis was engulfed in absolute bedlam last night as rioters and looters exploited anger of the death of George Floyd to tear apart the city.

Mask-wearing criminals began by ransacking Target before turning their attention to numerous other stores and businesses as police stood down.

The clip shows a group of men cruising around in a car as fires burn around them.

So far, targets of violence include Wendy’s, AutoZone, McDonalds and Dollar Tree.

One wonders if the authorities will actually bother to do anything if the looters start fanning out into middle class white neighborhoods.

It’s also important to remember that the violence is not just being incited by black criminals – as the clip below illustrates – white Antifa extremists are also involved.

With the unrest now spreading to Los Angeles, some are fearing a repeat of the L.A. riots which led to 63 people being killed, 12,000 arrests and over $1 billion in property damage.

This looks like antifa black bloc. Antifa accounts on social media are already crowdfunding bail money for any comrades that may get arrested. #Minneapolis #BlackLivesMatter #GeorgeFloyd pic.twitter.com/YlFzz3Xzbd

Monsanto and BlackRock are buying up Ukraine