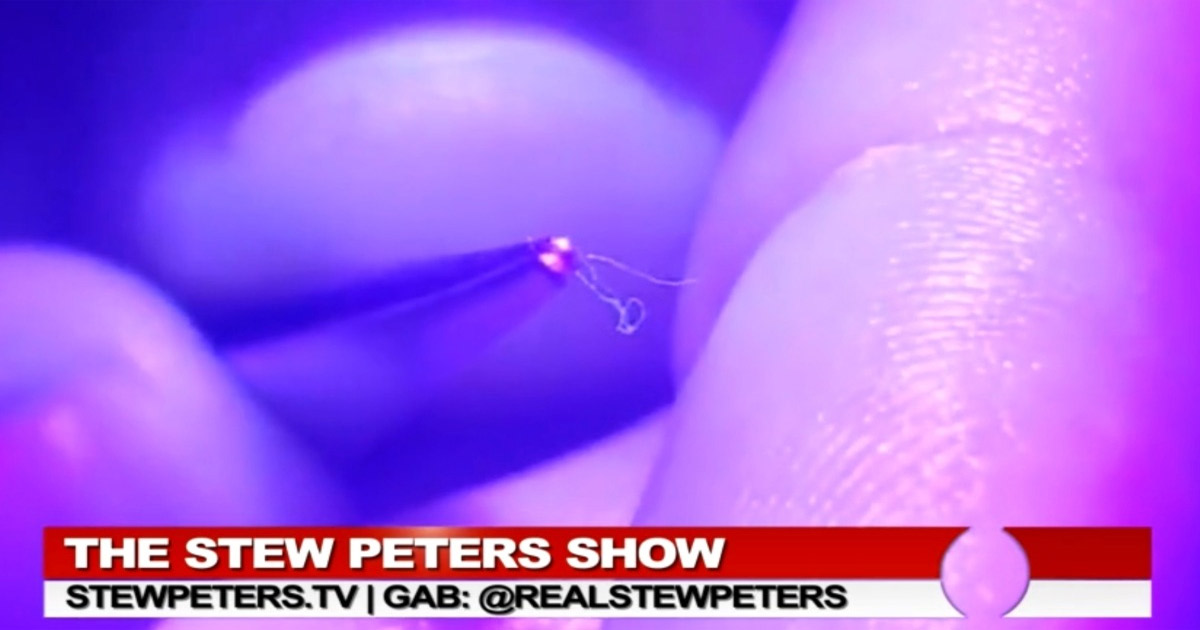 Video claims to show what appears to be metallic-looking string capable of movement after it was extracted from a US soldier’s body was revealed on the Stew Peters Show.

During an interview between Stew Peters and a woman named Amanda, who says she is the wife of a US soldier who was required to receive the controversial vaccine, Peters aired video appearing to show what was described by Peters’ guest as a metallic parasitic-looking “organism” that was extracted from the vaccinated soldier’s body.

“They think that they have found tiny little metallic strings coming out of his body,” said Peters. “They have a video which they believe shows one of those strings trying to wiggle out of tweezers, back into the body.”

According to Amanda, her husband was given a metallic clay bath following a bad vaccine reaction, and subsequently through a holistic detoxification regimen. Following the treatment, the couple believes that they’ve found “metallic strings” coming out of his body, and says they captured one in a video that appears to show the string wiggling toward human contact.

Amanda, the soldier’s wife, told Peters that after her husband received the vaccine, the couple contracted an illness that resulted in losing their sense of taste and smell. Shortly after, her husband began to experience fatigue, headaches, chest discomfort and other symptoms they believe may stem from a bad reaction to vaccination.

During the detox, “he felt like he had needles coming out of his skin,” she told Peters. Amanda explains that her husband did not want to receive the vaccine, but has spent 15 years in the military and eventually succumbed to pressure.

“Two days later we got a black light, and found out that he was glowing,” the wife continued. Then, the soldier went through a “magnetic clay bath,” and the “stuff was literally sitting on top of his skin.” The couple then examined one of the strings by picking it up with tweezers, with a video showing the substance appear to wiggle.