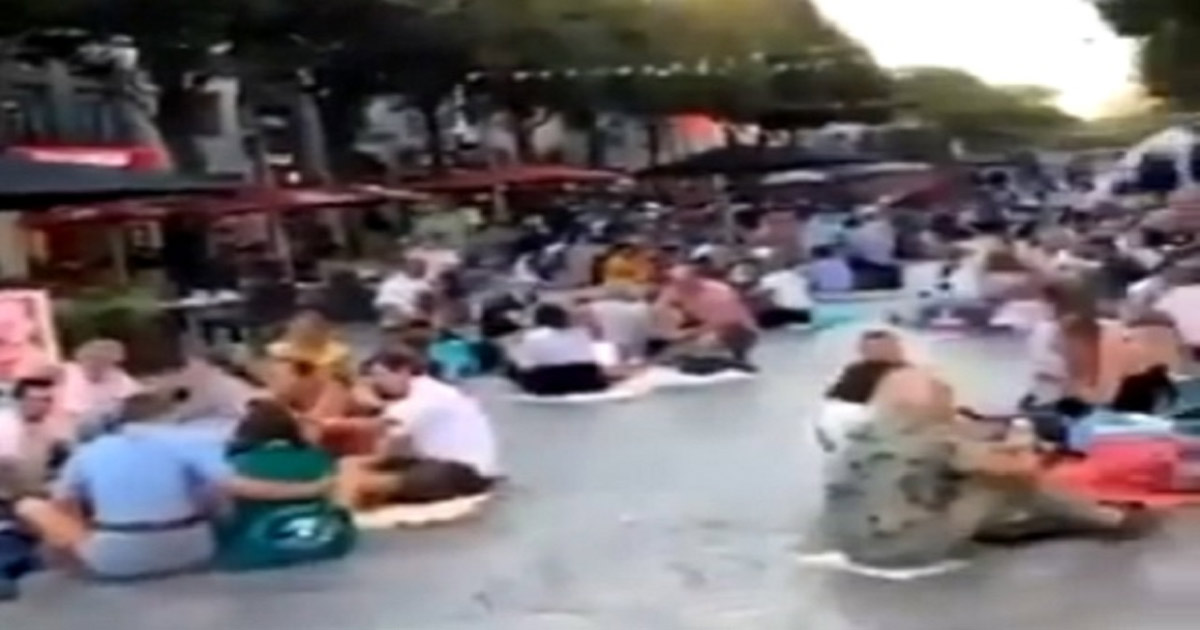 Video out of France shared Wednesday on social media shows protesters picnicking in the streets in front of restaurants that require vax passports to enter.

Video went viral last week of people reportedly being denied access to supermarkets for refusing to present their vaccine passports.

Unreal scenes in France as people not allowed into supermarkets without "covid passports" pic.twitter.com/ZsGEhBi5xu

The French have held massive protests against the Macron regime’s new vaccine passport.

Video of various cities in France protesting against the Vax Pass yesterday – they’re not all there, there were protests in 250 places – but it gives you an idea. We HAVE the numbers, we CAN defeat the globalists. Keep the faith 🙌🏻
pic.twitter.com/qYYnaRdZIH

Reuters reported earlier this month that only about half of restaurants in Paris were complying with the vax passport rules.