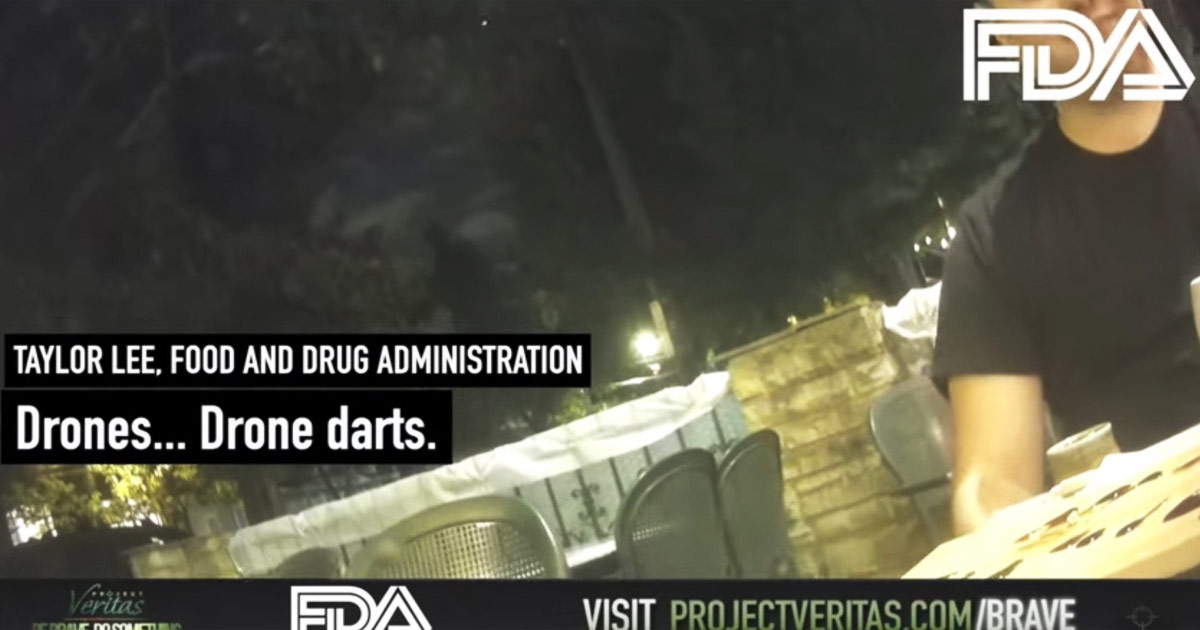 Project Veritas released a shocking video of a Food and Drug Administration (FDA) official advocating for the government use of drones to “blow dart” COVID-19 vaccines into black people and vaccine resisters.

In a disturbing video by Project Veritas, an effeminate FDA official told an undercover journalist that the government should use drones to “blow darts” of the COVID-19 vaccine into black people and vaccine resisters, signaling his support for a Nazi-style registry for the unvaccinated.  “That’s where we’re going,” said the FDA’s Taylor Lee.

“Census goes door-to-door if you don’t respond. So, we have the infrastructure to do it [forced COVID vaccinations]. I mean, it’ll cost a ton of money,” Taylor said. “But I think, at that point, I think there needs to be a registry of people who aren’t vaccinated. Although that’s sounding very [much like Nazi] Germany.”

“Nazi Germany…I mean, think about it like the Jewish Star [for unvaccinated Americans],” he said. “So, if you put every anti-vaxxer, like sheep, into like Texas and you closed off Texas from the rest of the world, and you go, ‘Okay, you be you in Texas until we deal with this [pandemic].’”


When asked how exactly the government would be able to “blow darts” of the COVID-19 vaccine into unvaccinated Americans, the official suggested the use of drones. “I wonder what kind of technology we have right now. Like, miniature sort of blow darts or anything like that?” asked the undercover journalist. Lee responded, “Drones…Drone darts, easy.”

Fox News host Tucker Carlson on Tuesday revealed that the US military has been forcing US soldiers to study Satan and the “7 tenets of Satanism” through a PowerPoint presentation using false information in an attempt to justify the COVID-19 vaccine during a segment on Tucker Carlson Tonight, National File previously reported.

“So here you have the United States Army doing PR for Satanism,” said Carlson, adding that the slides also contain lies about the COVID-19 vaccine. “It falsely claims that only 3 people have died from taking the COVID vaccine. Reports taken from the Biden administration itself indicate that number is actually in the thousands.”