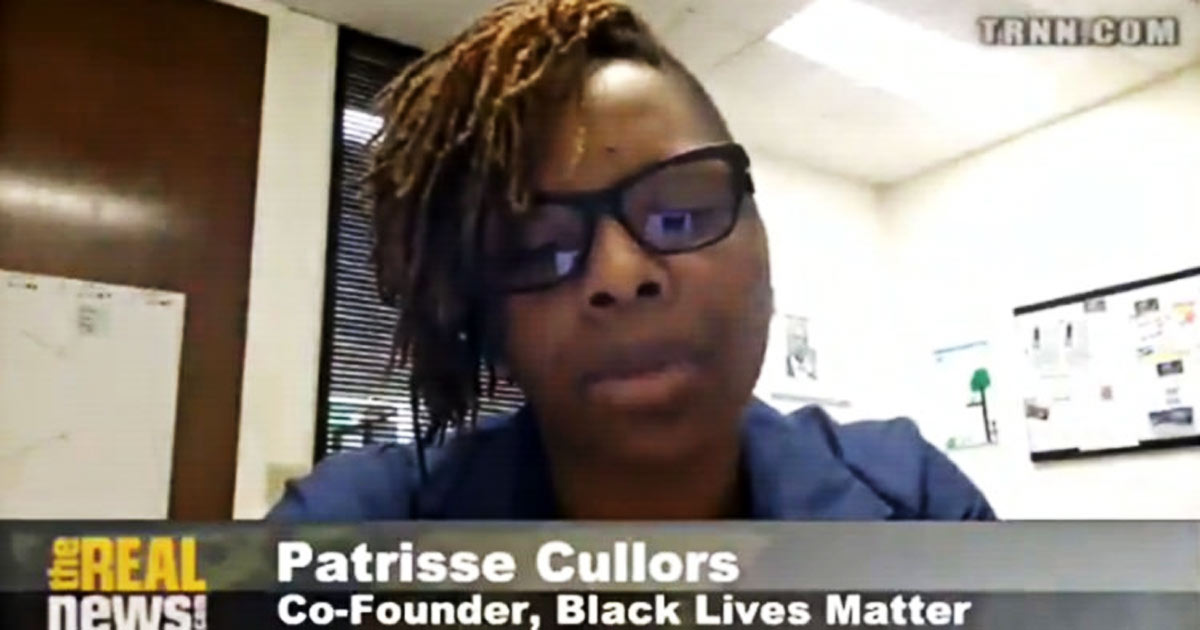 In a video from 2015, Black Lives Matter co-founder Patrisse Cullors confesses to being a “trained organizer” and a “trained Marxist,” validating claims the global group might be a radical left-wing organization designed to pander to modern multicultural permutations of Marxist ideology.

Cullors is one of the Black Lives Matter movement’s co-founders, a queer activist, and has advocated for the abolition of prisons.

In the shortened 2015 clip taken from an interview for The Real News Network, Cullors says, “I think of a lot of things: The first thing I think of is that we actually do have an ideology frame.”

She continues, “Myself and Alicia, in particular, are trained organizers. We are trained Marxists. We are super versed on ideological theories, and I think what we really try to do is build a movement that can be utilized by many, many black folk.”

The wider Black Lives Matter coalition has received an outpouring of support from the globalist left as well as elected members of Congress.

Reclaim The Block is not currently accepting donations, but Black Visions Collective has been working toward its goals since December of 2017.

In 2016, organizations in the Black Lives Matter movement received $33 million in grants from the Open Society Foundations, founded by Hungarian hedge fund manager George Soros in 1993, and the Center for American Progress, founded by former White House chief of staff and Hillary Clinton campaign chair John Podesta in 2003.

The Washington Times reported that, in 2016, the Black Lives Matter coalition raised over $100 million from a series of wealthy liberal foundations including The Ford Foundation, in addition to $33 million in grants from the Open Society Foundations, with additional grant-making from the Center for American Progress.

BLM continues to grow from strength to strength as recent events, such as the Rayshard Brooks killing, flare tensions.