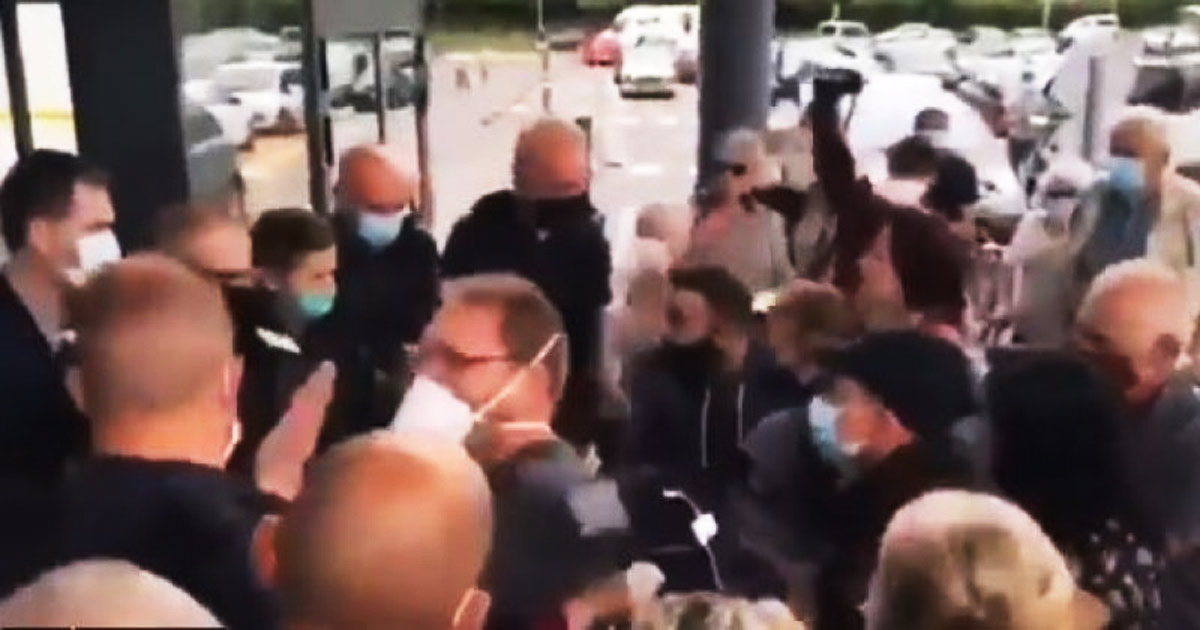 A video out of France shows irate shoppers being blocked from entering a supermarket by police because they don’t have COVID passports.

The footage shows people with shopping carts being blocked from entering the grocery store by security guards.

The guards then begin pushing one woman away as the confrontation becomes more heated.

A number of police officers then begin manhandling the frustrated shoppers, presumably not too concerned at that moment about social distancing.

The angry shoppers don’t appear to be anti-lockdown protesters because almost all of them are wearing face masks.

“The entire world has had it with this insane bullshit,” responded one Twitter user.

“Now they’re denying people access to food in France – if they don’t take an unapproved FDA vaccine for a virus with a 99.7% survival rate.”

Although France’s COVID passport law mandates proof of vaccination to enter larger shopping malls, those with a surface area of less than 20,000 square meters are supposed to be exempt.

Under the draconian law, people in France who enter a bar or restaurant without a COVID pass face 6 months in jail, while business owners who fail to check their status face a 1-year prison sentence and a €45,000 fine.

As we highlighted earlier this week, anecdotal evidence suggests many businesses aren’t checking for COVID passports, perhaps spooked at images that showed many bars and restaurants to be almost empty after the scheme began.

Although police made a visible show of patrolling establishments to check people’s medical papers on the first day that the program began, this appears to have abated.

However, people who can’t show proof of having taken the jab are still banned from using inter-city public transport.

President Emmanuel Macron ludicrously defended vaccine passports last week by claiming they protected people’s freedom, which is like arguing that locking people up is for their own safety.