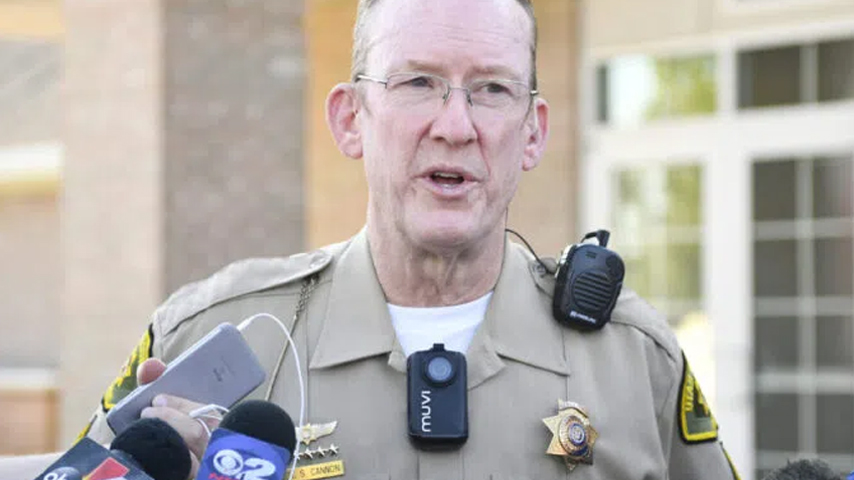 An investigation by a Utah sheriff into allegations of “ritualistic child sexual abuse” has shocked residents as more than 120 purported victims and those who claim to know them have come forward.

According to local residents, children have been tortured, raped, murdered and cannibalized by “Satanists pretending to be Christians”.

The Utah County Sheriff’s Office, which is leading the investigation, has solicited help from the FBI, which confirmed that it’s assisting, as well as other law enforcement agencies.

The Epoch Times reports: The alleged abuse occurred for two decades, from 1990 through 2010. In recent weeks, dozens of witnesses have come forward with information via phone calls, text messages, and emails.

“I don’t know the exact number, but it is now over 120 people who have contacted us,” Utah County Sheriff’s Sgt. Spencer Cannon told The Epoch Times. “[Of that number], I am sure. There are likely more than 120 at this point.”

On May 31, the sheriff’s office said that an investigation had been underway since April 2021 involving reports of “ritualistic child sexual abuse and child sex trafficking” in Utah County, the state’s second-largest county.

The investigation uncovered even more possible victims in neighboring Juab and Sanpete counties during the same period. The sheriff’s office said in a statement that local law enforcement confirmed “portions of these allegations.”

“It’s common practice for the FBI to offer assistance, when requested, to our law enforcement partners. We are assisting, and so I will defer to the lead agency, which is the Utah County Sheriff’s Office,” FBI spokeswoman Sandra Barker said.

A day after authorities announced the joint investigation in Utah County, then-Utah County Attorney David Leavitt identified himself and his wife, an attorney, as potential suspects while vigorously refuting the claims at a press conference.

Leavitt, who lost a reelection bid on June 28, said law enforcement “is about trust … [and] being able to say that when the government makes an allegation that there’s substance behind [it] that we can believe in.”

He demanded that the sheriff resign and that the investigation be halted.

County Attorney ‘Named Himself’ as Suspect

In a separate press conference, Smith said his office released no documents to the public that identified Leavitt as a suspect and denied that the investigation was political.

“Mr. Leavitt named himself,” Cannon said, declining to confirm, deny, or comment about anyone whose names have come up in the case.

“What I will say, however, is that the case Mr. Leavitt referred to is not the case we began investigating in April 2021. He implies otherwise, but he is wrong.”

“We will continue to do our jobs. We won’t be intimidated by [Leavitt’s] attempts to railroad this investigation,” he said.

“And when I say new developments, I mean something beyond what we’ve said and the investigation of original information and talking to those reporting information to us as tips,” Cannon said.

“We don’t discuss the [victims’ names] or suspects [while investigating cases]. In most cases, we comment very little, if at all, on active investigations. We have not, and will not at this point, confirm, deny, or name people whose names may or may not have come up in this or any other investigation.”

The recent spate of reports concerning ritualistic child abuse harkens back to the “Satanic Panic” that gripped Western states during the 1980s and ’90s.

A special report in The Daily Herald in Provo, Utah, dated Oct. 30, 1988, described ritualistic child abuse and Satanism as a severe problem in Utah and Utah County. Beyond the lurid allegations of abuse, however, these cases proved challenging, lacking physical evidence and relying on oral testimony and triggered memories years after.

“Yes, there are definitely several cases,” the story cited Robert Parrish, an official in the Utah attorney general’s office at the time.

“I’m not assuming I know all of them, but there are at least a half dozen that have involved ceremonial—not necessarily satanistic rituals—but most involve aspects that fit like a glove to Satanism.”

The cases prompted the state office to create a Utah State Task Force on Ritual Abuse in 1990.

The agency released a report that generally spoke on the nature and extent of the problem in Utah two years later. However, the report lacked specific information on cases and perpetrators, noting: “The nature of ritual abuse, and the secret groups involved, must be considered in any discussion about evidence.

“Perpetrators maintain prolonged concealment, not only of their acts but also of their membership in the secret society which is united in the commission of crimes.

“For many, their continued existence as successful, prestigious, and powerful persons in outer society depends upon absolute secrecy of the inner group activities. Survivors report that such groups are extremely careful and highly skilled in destroying evidence of their crimes.”

The Utah attorney general’s office didn’t respond by press time to a question about whether the task force is still in existence and active in the current probe.

The task force said in the report that it heard from victims’ parents “concerned about the trauma their children experienced in the investigative process.”

Perhaps the most alarming examination of ritual child abuse in Utah came from a memorandum written by Glenn L. Pace in July 1990, when he was a member of the Church of Jesus Christ of Latter-day Saints’ presiding bishopric.

The memo claimed that some of these victims displayed “multiple personality disorder,” a psychological coping mechanism for exposure to physical, mental, and sexual abuse and ritualistic killings.

“When 60 witnesses testify to the same type of torture and murder, it becomes impossible for me, personally, not to believe them,” Pace wrote in the memo.

“Over the past 18 months, I have acquired a compassionate love and respect for the victims who are fighting for the safety of their physical lives and, more importantly, their souls.”

The state of Utah investigated after the media obtained a leaked copy of the memo in 1991. However, the investigation found no evidence to substantiate the victims’ claims.

Ben McClintock, a Utah County resident and founder of the Tree of Liberty Society, said he’s been following the police investigation in Utah County from the start.

Despite Leavitt’s claims, McClintock said he couldn’t be sure whether the case was politically motivated.

“If [Sheriff Smith] is serious about [the investigation], it has legs. If it’s political, it will go away after the primary,” McClintock told The Epoch Times.

“[Leavitt] decided to put himself out there even though he never was accused publicly.”

Of the reality of ritual child sexual abuse, McClintock said he thinks it exists at the highest levels of society.

“It sounds far-fetched and crazy to say these are Satanists pretending to be normal Christians. It’s nationwide, [involving] high-level people,” he said.

“He hung himself,” Glazner said. “It was news to me when it first broke out between the county sheriff and attorney. That’s when my eyes [opened]. We didn’t know anything about it.

“He was the one that got himself in trouble. I don’t think it’s politics. I think Sheriff Smith speaks the truth.”

Glazner said word of the joint investigation reminded her of when she worked at a local hospital with a woman who claimed to have multiple personalities.

“She came from a family of satanic cult worshipers. She was from Utah County. I thought, ‘Oh my gosh, she had to be involved in this thing.‘”

At Black Jacks Bar in Spanish Fork, Walter Blundell of Kearns said he was shocked to hear of the large-scale investigation into ritual child abuse.

“I think all of those people are pathetic,” said another patron, who asked that his name not be used.

“That’s sick and wrong right there. There are a lot of things that happen [in Utah County] that nobody knows about.”

A woman at the bar, who wished to remain anonymous, said she learned about the case through social media.

The Utah County Sheriff’s Office is “pleading” with the public to come forward with knowledge of “these crimes.”

“We understand that there are individuals who have concerns for their safety and/or well-being who have been silenced,” the office said. “We need your help.”