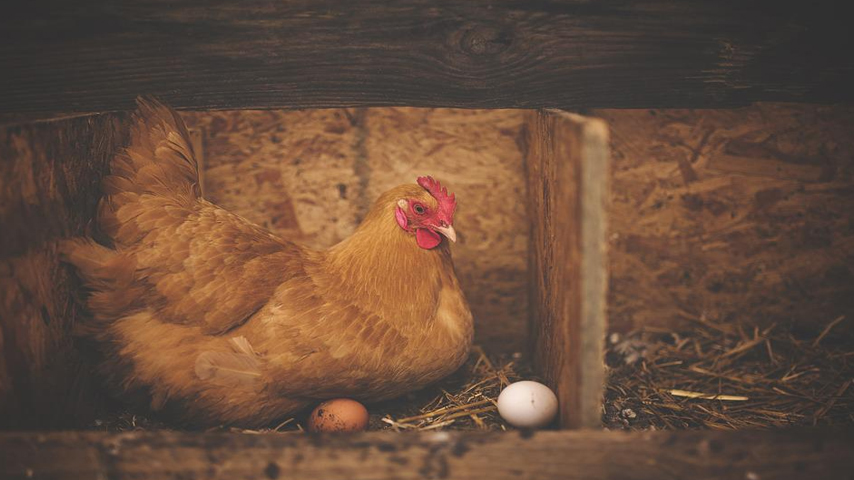 Laborers at one of the world’s largest egg factories arrived at the plant in Rembrandt, Iowa, early one morning in March to discover they were about to work themselves out of a job.

As they gathered at the huge barns housing stacks of caged hens, the workers were told to forget about their usual routine of collecting eggs and feeding the birds. Overnight, the factory had begun slaughtering more than 5 million chickens using a gruesome killing method after detecting a single case of avian influenza. Even supervisors were assigned to the arduous task of dragging dead hens out of packed cages as Rembrandt Enterprises raced to contain the spread of the virus, amid the largest bird flu outbreak in the US in seven years.

The culling has been repeated at chicken and turkey farms across Iowa and 28 other states from Maine to Utah. More than 22m birds have been killed in an attempt to contain the outbreak – the majority in Iowa, the US’s biggest producer of eggs. The slaughter of 5.3m hens at Rembrandt is the largest culling at any factory farm in the country.

Workers spent nearly a month pulling the dead poultry from the cages and dumping them in carts before they were piled high in nearby fields and buried in huge pits. The killing over, about 250 people were summarily thrown out of work with just a few dozen skeleton staff remaining.

In the weeks that followed, animal rights protesters targeted Rembrandt’s billionaire owner, Glen Taylor, over the cull, including disrupting games played by the professional basketball team he owns, the Minnesota Timberwolves. But few voices have been raised in support of Rembrandt’s workers, some of them undocumented migrants.

Others fired from the plant contrast the seriousness with which the bird flu outbreak has been taken by Rembrandt’s management to what they describe as the company’s lax approach to the threat to workers from Covid, as it swept through factory farms and slaughterhouses in Iowa and elsewhere.

“Right now everybody’s worried about the chickens,” said Oscar Garcia, a former supervisor at the plant. “We get it: it was really inhumane the way they killed them. But chickens are chickens, right? People worked in those barns pulling out dead birds in terrible conditions, feces everywhere, doing 12- or 14-hour days.

“They couldn’t protest because then they’d be fired and lose their redundancy pay. Then they’re thrown out of work and no one speaks for them.”

Outside criticism of Rembrandt has focused on the method of killing. Chicken farms have previously slaughtered hens en masse by suffocating them with foam or pumping barns full of carbon dioxide, methods that have been criticized as inhumane.

But Tom Cullen of the Iowa newspaper the Storm Lake Times revealed that birds at Rembrandt were culled using a system known as ventilation shutdown plus (VSD+) in which air is closed off to the barns and heat pumped in until the temperature rises above 104F (40C).

“They cooked those birds alive,” said one of the Rembrandt workers involved in the culling.

An animal rights group, Animal Outlook, used freedom of information laws to obtain records of experiments at North Carolina State University that show that VSD+ causes “extreme suffering” to the hens as they “writhe, gasp, pant, stagger and even throw themselves against the walls of their confinement in a desperate attempt to escape”.

“Eventually the birds collapse and, finally, die from heat and suffocation,” the group said.

James Roth, director of the Center for Food Security and Public Health at Iowa state university’s college of veterinary medicine and an adviser to the federal government on biosecurity, acknowledged that VSD+ causes more suffering than other forms of culling, but said it is the most efficient means of containing the spread of bird flu because it is relatively swift.

“Nobody wants to see it used, but sometimes it is, as a last resort. The rationale is if the influenza virus spreads so fast that it’ll go through a poultry house really rapidly, all of those birds produce massive amounts of virus in the air. Then you have a big plume of the virus coming from that house that spreads to other poultry houses. It’s critical to get the birds euthanized before that virus becomes a huge plume of the virus to spread,” he said.

Roth said that the authorities appear to have learned important lessons from 2015, when a bird flu outbreak resulted in what the US agriculture department calls “the largest poultry health disaster in US history”, with the slaughter of about 50 million chickens and turkeys.

This time federal regulators moved quickly to contain the outbreak by shutting down the movement of workers between poultry flocks, a significant cause of the spread of avian flu in 2015. But Roth said this year the virus appears to have arrived in the US carried by waterfowl from Europe and to be better adapted to be spread by wild birds, which are harder to contain.

That prompted the USDA to press for a swift culling at infected poultry farms. On 17 March, Rembrandt notified its supervisors that avian flu had been detected on the site.

“They sent out an email at 10.30 pm letting us know they had a confirmed case,” said a former Rembrandt worker who was obliged to sign a non-disclosure agreement in order to receive redundancy payments.

When the worker arrived the next day he discovered the company had already begun slaughtering millions of chickens.

“Once they’re dead, we had to take them out by hand one by one, put them in a wheelbarrow. That’s really intense manual labor. They are not very big cages. Twelve chickens are crammed in there. Awful conditions,” he said.

“After it was over, we were told to attend a meeting. We walked in. There was a big stack of yellow envelopes. That’s like showing a knife to a chicken. You know what’s going to happen next. We worked ourselves out of a job. I saw people who had years and years of experience just being let go. It was totally unexpected.”

Some workers thought the layoff might be temporary, as it was during the 2015 outbreak. But they were given redundancy payments and told to find other jobs, suggesting the move was permanent and raising questions about the future of the plant.

Some of the skilled former workers have had little trouble finding another job. Others have struggled. “I’m just rushing to find a job in order to support my family,” said a former Rembrandt employee with several years at the company.

Those struggling include undocumented workers who, Garcia said, were hired indirectly through third-party contractors.

In February, the Storm Lake Times reported that a lawsuit by the family of a Guatemalan migrant worker who was crushed to death when cages collapsed on him revealed that he had been working under a false name through a subcontractor.

Garcia also contrasted the seriousness with which Rembrandt took bird flu to the company’s handling of Covid-19 as it surged in Iowa, particularly among laborers working close together on factory farms and in slaughterhouses. He said Rembrandt appeared to care more about avian flu outbreaks than Covid. He criticized the management for failing to require workers to wear a mask or to be vaccinated.

Other workers said that when they contracted Covid, they were obliged to use the days off they had earned as holidays instead of being given sick days.

“It’s a company that makes millions of dollars. I guess I shouldn’t be surprised that it doesn’t care about people,” said Garcia.